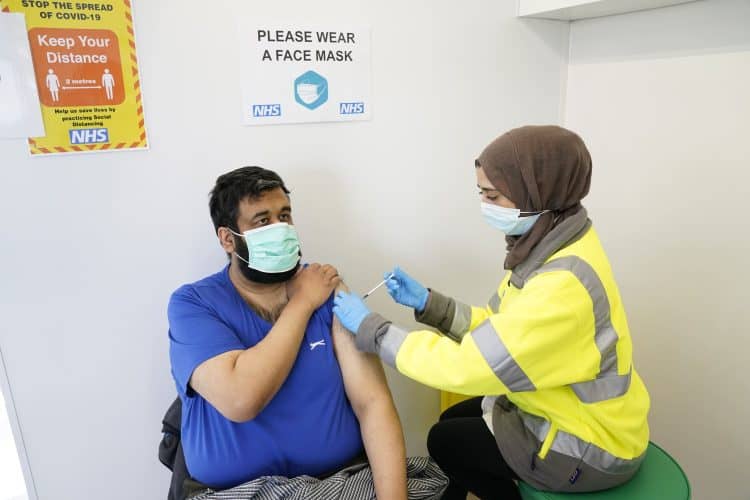 A worrying new variant of coronavirus has been found in Belgium as the UK’s Health Secretary Sajid Javid said there was “huge international concern” over the strain.

Belgium became the first European Union country to announce a case of the variant B.1.1.529, which has been identified in other places including South Africa, Botswana, Hong Kong and Israel.

Belgian Health Minister Frank Vandenbroucke said: “We have one case of this variant that is confirmed. It’s someone who came from abroad.”

Marc Van Ranst, who works with the Rega Institute in Belgium, tweeted that a sample was confirmed as the variant in a traveller who returned from Egypt on November 11. The patient first showed symptoms on November 22.

Earlier, Javid told the Commons that experience has shown “we must move quickly and at the earliest possible moment”, adding there were concerns the variant may be more transmissible, make vaccines less effective and may affect one of the UK’s Covid treatments, Ronapreve.

He told MPs it was “highly likely” the B.1.1.529 variant had already spread from Africa to other countries.

Javid said discussions are ongoing over the prospect of adding further countries to the red list, saying: “We are keeping this under review and there’s very live discussions going on about whether we should and when we might add further countries, and we won’t hesitate to act if we need to do so.”

Transport Secretary Grant Shapps said the UK was “buying time” by adding countries to the list, telling BBC Radio 4’s Today programme: “I think all the history of coronavirus suggests that it is best to act quickly, determine the extent of the way that the virus interacts with vaccines, treatments, transmissibility and then give yourself a bit more time.

“It is inevitable, of course, that it will go all around the world if it is going to do so.

“So this doesn’t prevent it from coming here, but it slows things up and gives us the chance to grow the cultures and test those questions about vaccines and treatments against it.”

The Government said as of 9am on Friday, there had been a further 50,091 lab-confirmed Covid-19 cases in the UK, the highest reported daily figure since October 21.

Dr Susan Hopkins, chief medical adviser of the UK Health Security Agency (UKHSA), said scientists are very concerned about the new variant though no cases have been detected in the UK.

She told the Today programme that the new variant had around “30 different mutations that seem relevant – that’s double what we had in Delta (variant)”.

“It’s a highly complex mutation, there’s also new ones that we have never seen before.”

She said the variant was the “most worrying” seen by scientists but much was still unknown.

She added that one of the mutations in the variant is very similar to one in Alpha, which means it can be detected quite easily with PCR tests.

South African scientists fear the variant is behind a dramatic rise in cases in some regions, including Gauteng province, which includes the cities of Pretoria and Johannesburg.

“What we’re seeing in South Africa is that they were at a very, very low point with very low amount of cases being detected a day,” Dr Hopkins said.

“In a shorter period than two weeks, they have more than doubled their epidemiology picture, they are saying that the transmission rates, the R value that they have in Gauteng – around where this was first found – is now 2, which is really quite high.

“We haven’t seen levels of transmission like that since right back at the beginning of the pandemic… so that would cause a major problem if you had that high transmission with this type of virus in a population where it may evade the immune responses that are already there.”

She said South Africa was not a highly vaccinated population but it was “highly immune” due to prior infection.

Work is continuing to see whether the new variant may be causing new infection in people who have already had coronavirus or a vaccine, or whether waning immunity may be playing a role.

Asked if the variant may already be in the UK, she said: “Well, it’s always possible. We have no cases identified whatsoever yet, nothing in our genome sequencing… so overall, I think the situation is reassuring in-country, but of course, people are arriving every day.”

Other countries including Germany, Italy, France, Israel, Japan and Singapore have also restricted travel over the variant while the European Commission has recommended EU countries introduce an “emergency brake” on travel from affected countries.

However, South Africa’s foreign minister Naledi Pandor said on Friday that the UK’s decision to ban flights “seems to have been rushed”.

She said: “Whilst South Africa respects the right of all countries to take the necessary precautionary measures to protect their citizens, the UK’s decision to temporarily ban South Africans from entering the UK seems to have been rushed as even the World Health Organisation is yet to advise on the next steps.”

Professor Glenda Gray, president and chief executive of the South African Medical Research Council, told the Today programme the variant was showing between 26 and 32 changes in the spike protein of the virus and 45 amino acid changes.

She added: “We are entering into the fourth wave, and whether it’s driven by this new variant is of high concern because it may mean that people who have been infected with Delta or other variants may not be protected this time around.”

Later, England’s chief medical officer Professor Chris Whitty said there was a lot that was unknown about the new variant.

He expressed concern about further UK lockdowns if a new variant took hold, saying: “My greatest worry at the moment is that people … if we need to do something more muscular at some point, whether it’s for the current new variant or at some later stage, can we still take people with us?

“I think my overall view is I think we will. Provided you are clear with people what the logic is, provided they feel that we’re being entirely straight with them as to all the data … but I think that’s always a worry.”