The World Health Organization (WHO) should and is likely to declare an international emergency over the Ebola epidemic in the Democratic Republic of Congo that has now spread to Uganda, experts said as a WHO advisory panel met on Friday. Congo’s epidemic is the second worst worldwide since West Africa’s Ebola outbreak in 2014-16, with […] 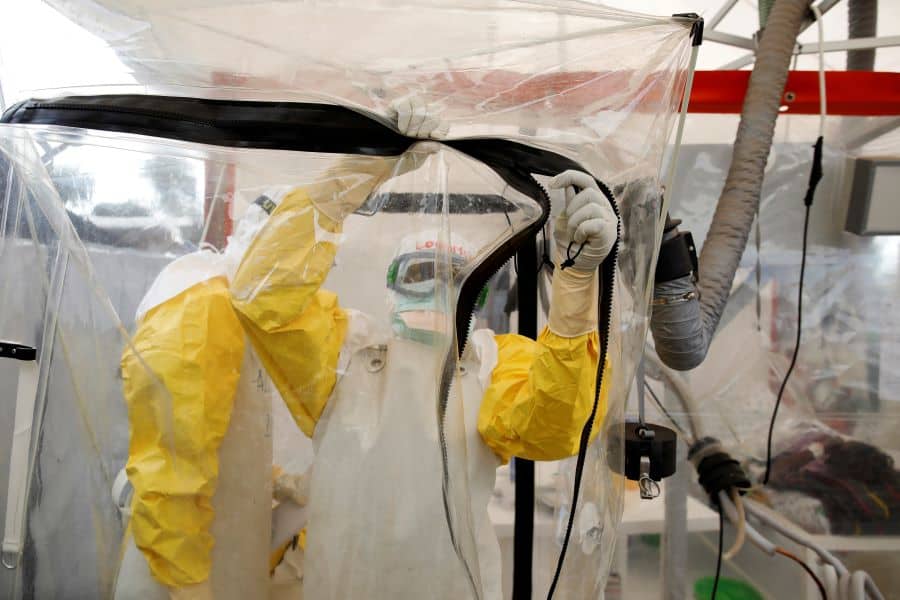 The World Health Organization (WHO) should and is likely to declare an international emergency over the Ebola epidemic in the Democratic Republic of Congo that has now spread to Uganda, experts said as a WHO advisory panel met on Friday.

Congo’s epidemic is the second worst worldwide since West Africa’s Ebola outbreak in 2014-16, with 2,084 cases and 1,405 deaths since being declared in August. The WHO said on Thursday that two people had died in Uganda having arrived with the disease from Congo.

A panel of 13 independent medical experts on the WHO’s Emergency Committee (EC) were meeting from midday to evaluate the latest evidence and whether the epidemic constitutes a Public Health Emergency of International Concern (PHEIC).

Such a decision would lead to boosting public health measures, funding and resources, and could include recommendations on trade and travel, academic experts and aid groups said.

“Will @WHO declare global emergency for #Ebola? I predict yes. My sense is @DrTedros will call PHEIC if #EC recs it. He understands depth of crisis,” Lawrence Gostin, professor of global health law at Georgetown University Law School in Washington, D.C., who is not on the panel, said in a tweet.

People are still dying outside of Ebola treatment centers – exposing their families to the disease – and many don’t appear on lists of known contacts being monitored, he said.

“Vaccines alone can’t work if community hides cases due to distrust. Violence persists. We are in this for the long haul,” Gostin said, referring to deadly attacks on Congo health facilities.

The panel, which twice before decided not to declare an emergency, will make recommendations to WHO director-general Tedros Adhanom Ghebreyesus who takes the final decision.

Only 4 emergencies have been declared in the past decade: the H1 virus that caused an influenza pandemic (2009), West Africa’s Ebola outbreak, polio (2014) and Zika virus (2016).

Top WHO official Mike Ryan said on Thursday there had been no known person-to-person spread of Ebola in Uganda and that there were encouraging signs in Congo, with the disease’s spread slowing in cities of Butembo and Katwa. However it the virus was now entrenched in rural areas including Mabalako, he said.

“But these can be very volatile, these can go up and down week to week. So we have to be careful looking at one week of data and declaring victory.

“We have a hell of a long way to go in this response,” he told Reuters.

The WHO, in a statement overnight, said that given all three confirmed cases in Uganda belong to a single family cluster, the level of preparedness and experience of Ugandan authorities to manage previous Ebola outbreaks, and their rapid detection of cases in a limited geographical area, “the overall level of risk at national level is assessed as moderate”.

“However, the overall regional risk posed by the outbreak in DRC remains very high. The overall risk at international level remains low,” it said.

Jeremy Farrar, director of the Wellcome Trust global medical charity, said the WHO should declare a public health emergency of international concern.

“Doing so would raise the levels of international political support, which has been seriously lacking so far, show strong support for DRC and neighboring countries and WHO, and release more resources, including finance, healthcare workers, enhanced logistics, security and infrastructure,” he said.