The New Zealand government responded by removing all restrictions on public gatherings, meaning, among other factors, sport stadiums will again be able to hold fans without regulations about social distancing. 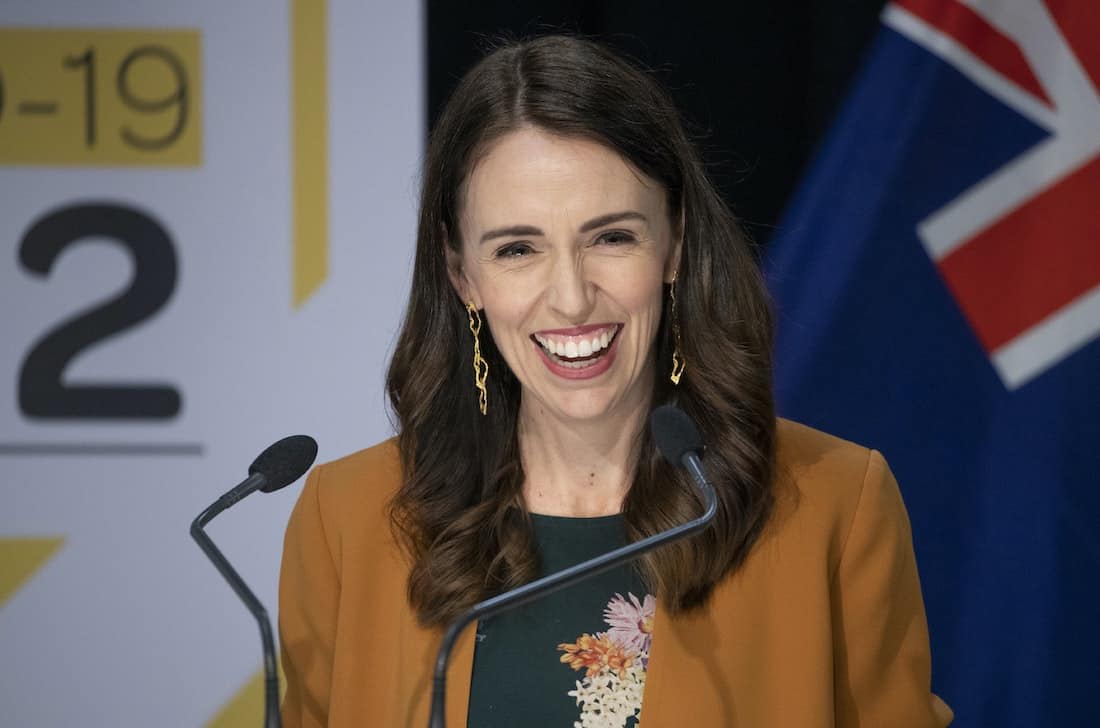 New Zealand’s prime minister Jacinda Ardern said there are no active cases of Covid-19  in the country.

She said she did a ‘little dance’ when she found out the news. ‘I showed (my daughter) Neve. She was caught a little by surprise but she joined in, having absolutely no idea why I was dancing around the lounge.’

The country has eradicated the coronavirus from its shores after health officials reported on Monday that the final person known to have been infected had recovered.

The news swiftly led to the country’s government announcing all forms of public events can again take place without limitations or social distancing guidelines.

It has been 17 days since the last new case was reported in New Zealand, and Monday also marked the first time since late February there had been no active cases.

Health officials caution that new cases could be imported into the country, which has closed its borders to everybody but citizens and residents, with some exceptions.

“We are confident we have eliminated transmission of the virus in New Zealand for now, but elimination is not a point in time, it is a sustained effort,” New Zealand’s prime minister Jacinda Ardern told a news conference.

“We almost certainly will see cases here again … and that is not a sign that we have failed, it is a reality of this virus. But if and when that occurs we have to make sure and we are, that we are prepared.”

Director-General of Health Ashley Bloomfield said it was a pleasing development.

“Having no active cases for the first time since February 28 is certainly a significant mark in our journey but as we’ve previously said, ongoing vigilance against Covid-19 will continue to be essential,” Dr Bloomfield said.