Some states including Florida and Georgia have been accused of manipulating testing figures. 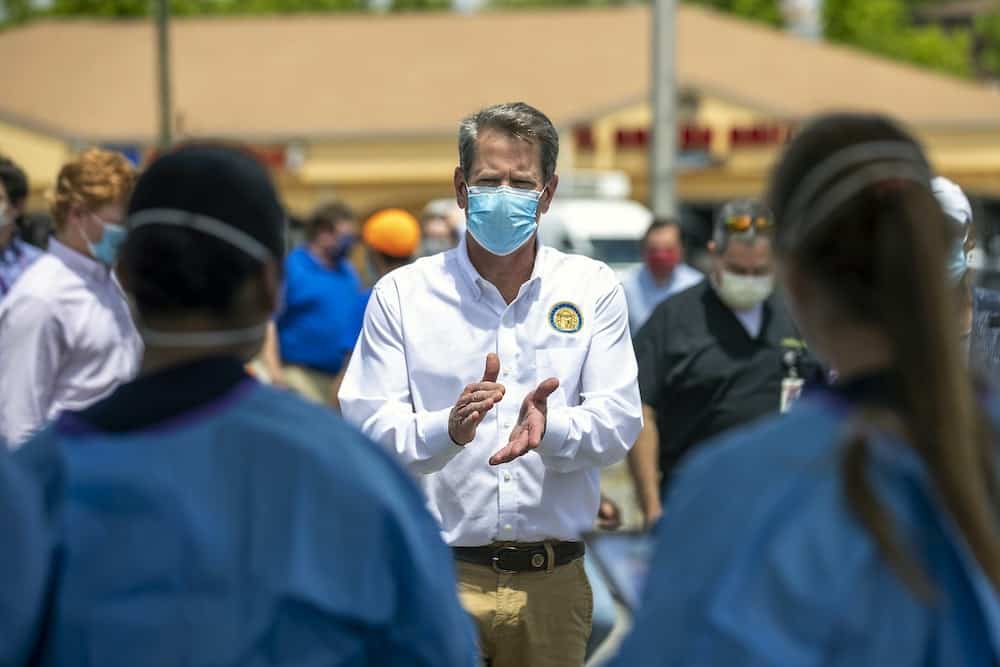 Public health officials in some US states are accused of bungling coronavirus infection statistics or even using a little sleight of hand to deliberately make things look better than they are.

The risk is that politicians, business owners and ordinary Americans who are making decisions about lockdowns, reopenings and other day-to-day matters could be left with the impression that the virus is under more control than it actually is.

Public health experts say that can make for impressive-looking testing totals but does not give a true picture of how the virus is spreading.

In Florida, the data scientist who developed the state’s coronavirus dashboard, Rebekah Jones, said this week that she was fired for refusing to manipulate data “to drum up support for the plan to reopen”.

In Georgia, one of the earliest states to ease up on lockdowns and assure the public it was safe to go out again, the Department of Public Health published a graph about May 11 that showed new Covid-19 cases declining over time in the most severely affected counties.

The daily entries, however, were not arranged in chronological order but in descending order.

For example, the May 7 totals came right before April 26, which was followed by May 3. A quick look at the graph made it appear as if the decline was smoother than it really was.

The graph was taken down within about a day.

Georgia state Democrat Jasmine Clark, who has a doctorate in microbiology, said the graph was a “prime example of malfeasance”.

“Sadly it feels like there’s been an attempt to make the data fit the narrative, and that’s not how data works,” she said.

Republican Governor Brian Kemp’s office denied there was any attempt to deceive the public.

Spokeswoman Candice Broce insisted that the governor’s office is not telling the department what to do and that officials are not trying to dress up the data to make Mr Kemp look better, saying that “could not be further from the truth”.

As for the May 11 graph, Ms Broce said public health officials were trying to highlight which days had seen the highest peaks of infections.

“It was not intended to mislead,” Ms Broce said on Tuesday. “It was always intended to be helpful.”

Federal guidelines say that before states begin reopening, they should see a 14-day downward trend in infections.

However, some states have reopened when infections were still climbing or had plateaued.

States have also been instructed to expand testing and contact tracing.

The US has recorded 1.5 million confirmed infections and over 90,000 deaths.

Vermont and Virginia said they stopped combining the two types of tests in the past few days.

Still, health officials in Virginia, where Democratic Governor Ralph Northam has eased up on restrictions, said that combining the numbers caused “no difference in overall trends”.

In Texas, where health officials said last week that they were including some antibody results in their testing totals and case counts, Republican Governor Greg Abbott said on Monday that the numbers were not being commingled.

Health officials did not respond to requests for clarification.

Georgia’s Department of Public Health also regularly publishes a graph that shows cases over time, except new infections are not listed on the day they came back positive, which is the practice in many other states.

Instead, Georgia lists new cases on the day the patient first reported symptoms.

That practice can shift the timeline of the outbreak and make it appear as if the state is moving past the peak.