Senate majority leader Mitch McConnell vowed the Senate would not adjourn until proposals were passed. 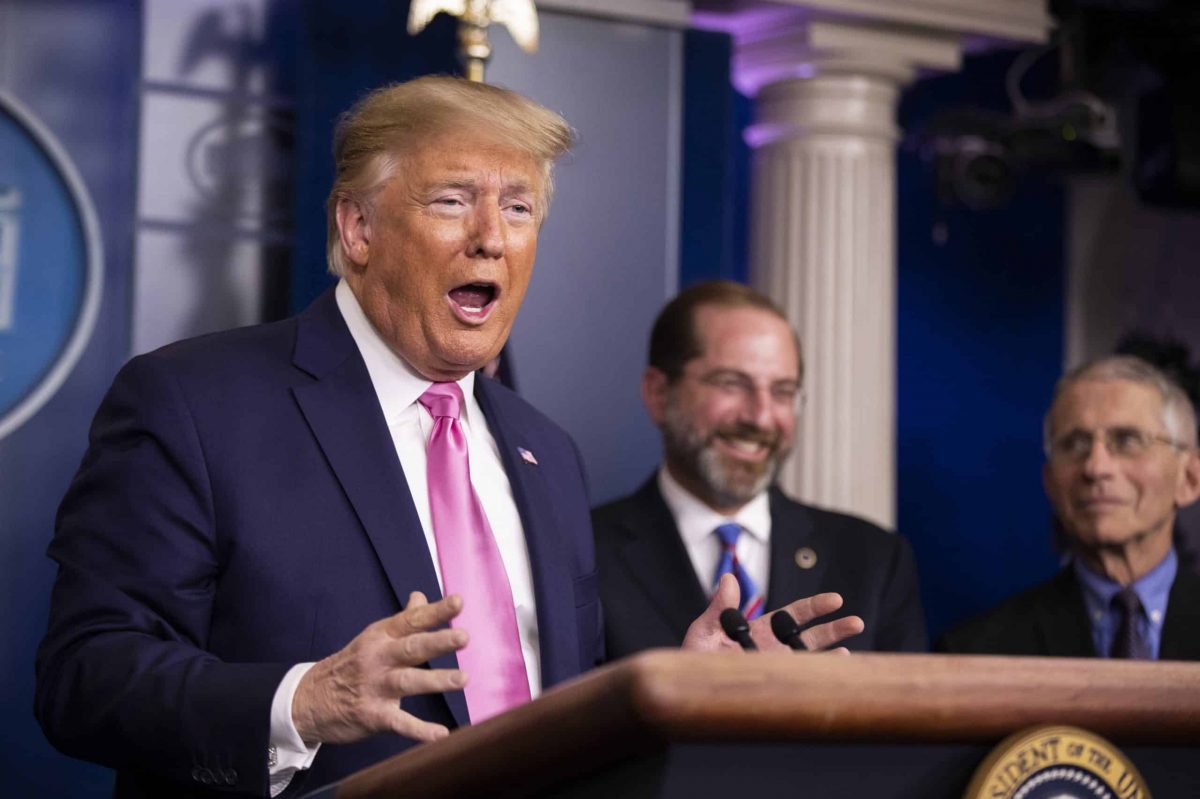 Donald Trump has asked Congress to speed emergency cheques to Americans, enlisted the military for hospitals and implored ordinary people to do their part by staying home to stop the spread of the coronavirus.

In a massive federal effort, the president’s proposed economic package alone could approach a trillion dollars (£840 billion), a rescue initiative not seen since the Great Recession.

He wants cheques sent to the public within two weeks and is urging Congress to pass the stimulus package in a matter of days.

As analysts warn the country is entering a recession, the government is grappling with an enormous political undertaking with echoes of the 2008 financial crisis.

At the Capitol on Tuesday, Senate majority leader Mitch McConnell vowed the Senate would not adjourn until the work was done.

“Obviously, we need to act,” he said. “We’re not leaving town until we have constructed and passed another bill.”

He said the Senate will vote on a House-passed package of sick pay, emergency food and free testing, putting it back on track for Mr Trump’s signature — despite Republican objections.

The Trump request also reverses cuts to the Centres for Disease Control and National Institutes of Health that he proposed in his February budget for next year and would create a 3 billion dollar (£2.5 billion) fund for unanticipated needs.

Senators gathered at an otherwise shut-down Capitol as Americans across the country were implored to heed advice and avoid crowds. Young adults in particular are being urged to stop going out because even seemingly healthy people can be spreading the virus that causes the Covid-19 illness.

“This is a very unique situation,” said Treasury secretary Steve Mnuchin, exiting a private briefing of Senate Republicans. “We’ve put a proposal on that table that would attract a trillion dollars into the economy.”