Part of Mr Vance’s investigation involves payments that Mr Trump’s then-personal lawyer arranged during the 2016 presidential race to keep the pornographic actress Stormy Daniels and model Karen McDougal from airing claims of extramarital affairs with him. 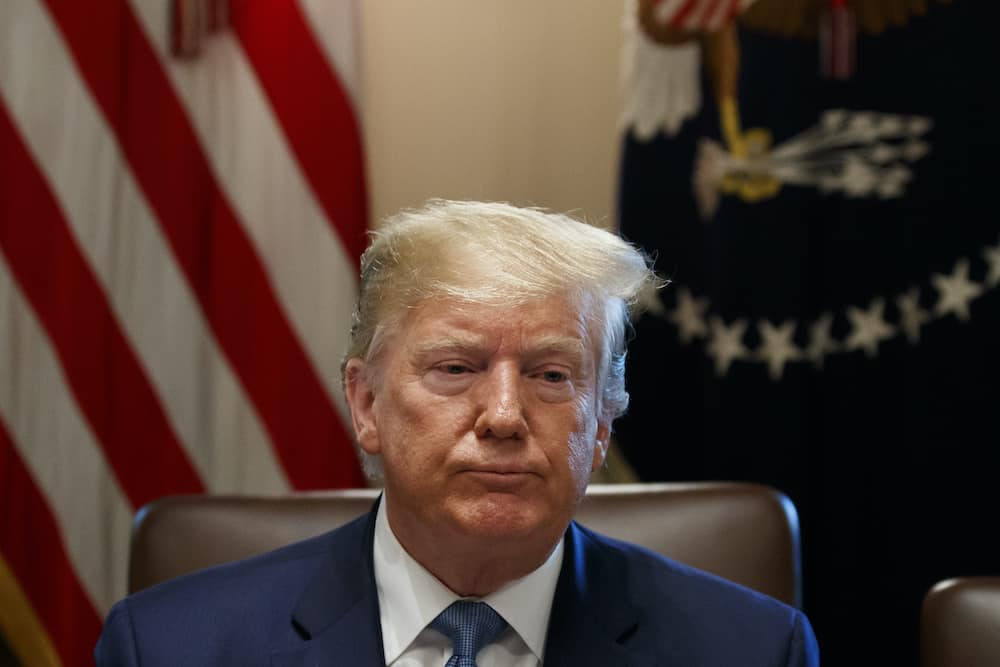 US President Donald Trump’s efforts to stall the release of his personal and corporate taxes to a New York state grand jury is jeopardising other criminal investigations, a judge was told on Thursday.

“There are other individuals and entities who … could end up above the law as a result of this delay,” the prosecutor said.

Mr Trump’s lawyer William Consovoy said the president believes there are strong arguments to be made that the summons were not “properly tailored” and instead copied verbatim portions of Congressional writs.

“We continue to be deeply sceptical that a subpoena from New York County fortuitously is exactly the same scope and nature as two different Congressional investigations focused on federal issues,” he said.

The lawyer said claims last year related to the initiation of the investigation but will now focus solely on the subpoena.

At the conclusion of Thursday’s hearing, Mr Marrero said he will follow a schedule agreed to by both sides that calls for written submissions to be completed by mid-August.

Part of Mr Vance’s investigation involves payments that Mr Trump’s then-personal lawyer arranged during the 2016 presidential race to keep the pornographic actress Stormy Daniels and model Karen McDougal from airing claims of extramarital affairs with him.

The Republican National Committee (RNC) has announced it is sharply restricting attendance on three of the four nights of its convention in Jacksonville, Florida, next month.

As the Republicans looks for ways to move forward while coronavirus cases are spiking in the state, party leader Ronna McDaniel said in a letter to RNC members that only the roughly 2,500 regular delegates to the convention would be permitted to attend the first three nights.

Delegates, their guests and alternate delegates would be allowed for the final night, on August 27, when Mr Trump is set to deliver his acceptance speech.

The Republicans were already forced to move most of the convention from Charlotte, North Carolina, after local officials ruled out a full-capacity crowd during the pandemic.

In recent weeks, Florida has seen significant increases in confirmed cases. Jacksonville has instituted a face-covering mandate and the state is limiting gatherings to 50% of a venue’s capacity.

The convention notice comes as Mr Trump’s aides and allies have increasingly questioned whether the event is worth the trouble and some advocate scrapping it.

The decision about whether and how to move forward will ultimately be Mr Trump’s.

The announcement was expected to reduce the number of attendees – even regular delegates – who make the trip to Jacksonville, in most cases spending thousands of dollars out of their own money to attend a convention that will lack many of the traditional festivities.

Already some had been having second thoughts about going, given that some states have imposed 14-quarantine orders on people returning from virus hot spots such as Florida.

Democrats will hold an almost entirely virtual convention on August 17-20 in Milwaukee using live broadcasts and online streaming, according to party officials.