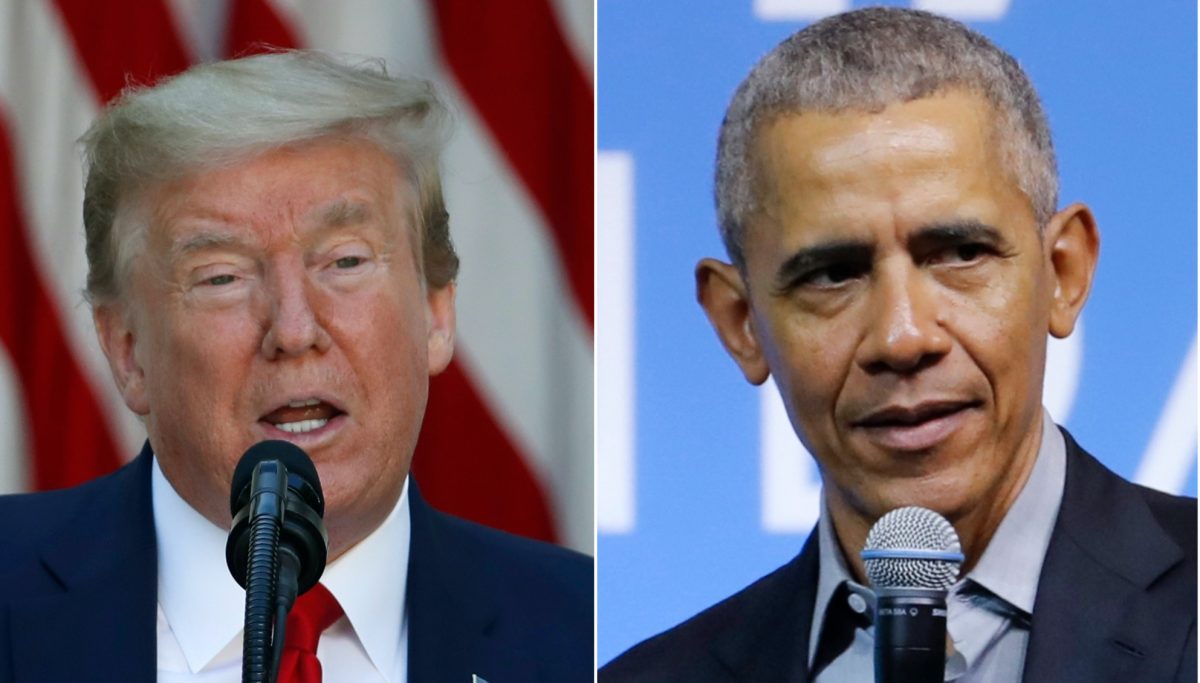 Donald Trump has been waging a legal battle to keep his tax returns hidden.

A New York Times report that President Donald Trump paid just 750 dollars (£578) in federal income tax the year he entered the White House — and, thanks to colossal losses, no income tax at all in 11 of the 18 years that the Times reviewed — served to raise doubts about Mr Trump’s self-image as a shrewd and successful businessman.

But he managed to recover most of that money by claiming, and receiving, a stunning 72.9 million dollar (£57.03 million) federal tax refund.

According to the Times, Mr Trump also pocketed 21.2 million dollars (£16.5 million) in state and local refunds, which are typically based on federal filings.

Mr Trump’s outsize refund became the subject of a now-long-standing Internal Revenue Service audit of his finances. The audit was widely known.

Mr Trump has claimed it was the very reason why he cannot release his returns. But the Times report is the first to identify the issue that was mainly in dispute.

By contrast, the average US taxpayer in the top 0.001% of earners paid about 25 million dollars (£19.5 million) annually over the same timeframe.

From his homes, his aircraft – and 70,000 dollars (£54,786) on hair styling during his television show The Apprentice – Mr Trump has capitalised on cost incurred from his businesses to finance a luxurious lifestyle.

The Times noted that Mr Trump’s homes, planes and golf courses are part of the Trump family business and, as such, Mr Trump classified them as business expenses as well.

Because companies can write off business expenses as deductions, all such expenses have helped reduce Mr Trump’s tax liability.

What we know about Trump’s tax affairs is outlined below.

– Many of his best-known businesses are money-losers

The president has frequently pointed to his far-flung hotels, golf courses and resorts as evidence of his success as a developer and businessman. Yet these properties have been been draining money.

The Times reported that Mr Trump has claimed 315 million dollars (£246 million) in losses since 2000 on his golf courses, including the Trump National Doral near Miami, which he has portrayed as a crown jewel in his business empire.

Since Mr Trump began his presidential run, lobbyists, foreign governments and politicians have lavished significant sums of money on his properties, a spending spree that raised questions about its propriety and legality.

The Times report illustrates just how much that spending has been.

Since 2015, his Mar-a-Lago resort in Florida has taken in five million dollars (£3.91 million) more a year from a surge in membership.

– Mr Trump will face financial pressure as debts become due

Mr Trump seems sure to face heavy financial pressures from the enormous pile of debt he has absorbed.

The Times said the president appears to be responsible for 421 million dollars (£329 million) in loans, most of which will become due within four years.

Washington Post data reporter Christopher Ingraham tweeted the amount of Federal taxes paid by each president in first year of office going back to Ronald Regan. As you can see from the figures Barack Obama paid a huge amount more, 2,390 times what Trump paid, in taxes.

Obama paid $1,792,414 a lot more than any of the other Presidents on the list, but light years away from Trump’s minuscule tax return.

And the largest was Barack Obama who forked out a colossal 2,390 times what Trump paid.

For those, Trump himself, who might claim fake this is fake news the sources were also shared.