Brutal snowstorms have left more than 2.7 million households without energy - while close to 12 million people have no drinking water in their homes. 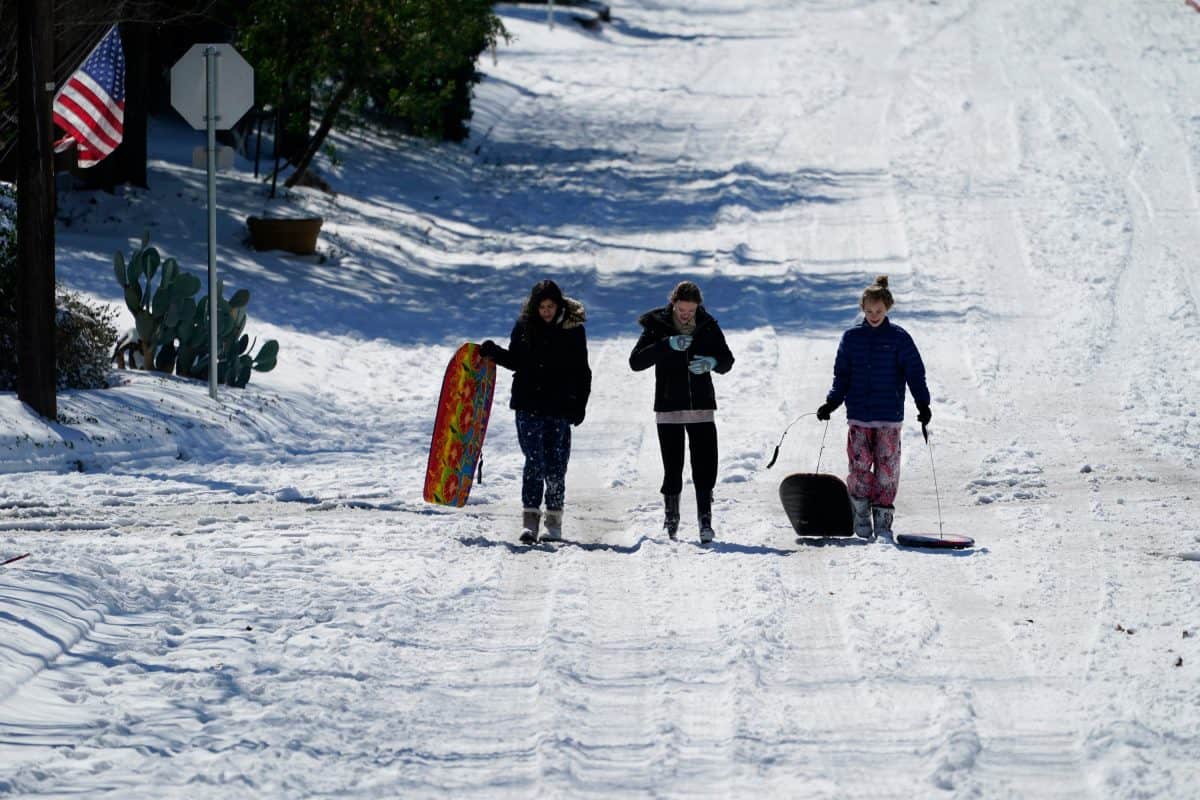 More than three million Texans have been left without power or running water after the state’s electricity grid failed in the middle of a brutal winter storm, sparking a furious political row over the future of America’s energy supply.

A spell of freezing weather across the country has been blamed for more than 30 deaths – with some cities recording their lowest temperatures for more than half a century.

Texas, where the electricity network is independent of the national grid, has been particularly hard hit, with a surge in demand for power to heat homes coinciding with the failure of power stations and pipelines freezing over in the icy weather.

More than 2.7 million households remain without energy – and close to 12 million people have no drinking water in their homes.

The Republican governor of Texas, Greg Abbott, has sought to blame renewable energy for the crisis – an accusation for which there is no evidence – claiming that wind turbines have frozen, and blaming Democrats seeking a ‘Green New Deal’.

“It just shows that fossil fuel is necessary for the state of Texas as well as other states to make sure we will be able to heat our homes in the winter times and cool our homes in the summer times,” he told Sean Hannity’s show on Fox News, adding “this shows how the Green New Deal would be a deadly deal” for the US.

Abbott’s baseless assertions have quickly been picked up by right-wing talking heads and networks, including Fox News – which ran a banner lambasting a “green energy failure” in the state.

Tucker Carlson, a Fox News host, had a similar pro-fossil fuel rant earlier in the week. “Global warming is no longer a pressing concern here,” he said, invoking the nonsense claim that cold weather disproves global warming. “The windmills froze so the power grid failed,” he said.

But the Electric Reliability Council of Texas, which runs the state grid, said that natural gas, coal and nuclear power systems were responsible for nearly twice as many outages as solar panels and wind turbines. Wind makes up roughly seven per cent of Texas’ energy supply.

Beto O’Rourke, a former Democratic presidential challenger from Texas, said the situation was “worse than you are hearing”.

“Folks have gone days now without electricity. They’re suffering,” he told MSNBC. “So much of this was avoidable. The energy capital of North America cannot provide the energy needed to warm and power people’s homes in this great state. We are nearing a failed state in Texas.”

Vice President Kamala Harris addressed those who had lost power during a live interview on Wednesday on NBC’s Today programme.

“I know they can’t see us right now because they’re without electricity, but the president and I are thinking of them and really hope that we can do everything that is possible through the signing of the emergency orders to get federal relief to support them,” Harris said.

Travel remains ill-advised in much of the nation, with highways treacherous and thousands of flights cancelled. Some of the fatalities involve people dying in their cars in subfreezing temperatures. Many school systems have delayed or cancelled face-to-face classes.

But even staying at home can be hazardous in places without power. Authorities said a fire that killed three young children and their grandmother in the Houston area was likely to have spread from the fireplace they were using to keep warm.

In Oregon, authorities confirmed on Tuesday that four people had died in the Portland area from carbon monoxide poisoning.