The country’s government said it agreed with measures on abuse but rejected ‘ideology’ on gender. 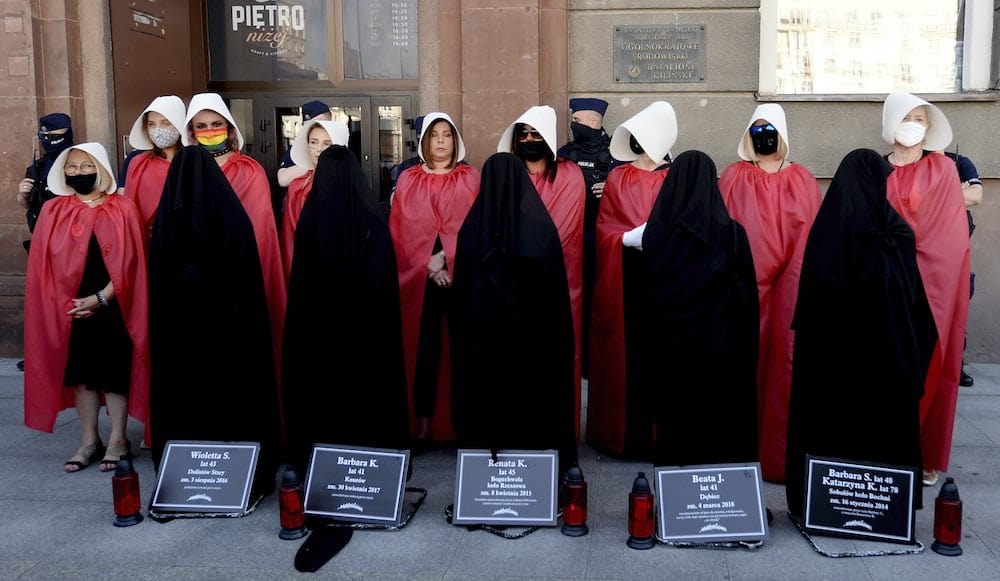 Poles are bitterly divided over steps being taken by the right-wing government to leave the Istanbul Convention, a European treaty against domestic violence, claiming it promotes gender “ideology” and links violence to religion.

The country’s justice minister Zbigniew Ziobro said earlier that he would formally ask the Ministry of Family on Monday to start preparations for Poland’s exit from the convention, an initiative of the Council of Europe, the continent’s leading human rights organisation.

It was not clear when an official withdrawal notice would be filed.

Mr Ziobro argued last week that the convention includes provisions of an “ideological character” that his ministry does not agree with.

He insisted Poland’s own legislation protects women and children against violence to an even higher degree than the convention.

Council of Europe secretary general Marija Pejcinovic Buric has said Poland’s intentions to withdraw from the convention are “alarming” and encouraged a “constructive dialogue” to clarify any misunderstandings.

“Leaving the Istanbul Convention would be highly regrettable and a major step backwards in the protection of women against violence in Europe,” Ms Pejcinovic Buric tweeted.

Government critics expressed outrage on social media, saying the right-wing government of the conservative Law and Justice party was ready to sacrifice women’s safety for its own views based on Roman Catholic traditions.

Warsaw’s liberal mayor, Rafal Trzaskowski, runner-up in the recent presidential election, on Monday called attempts to leave to convention a “scandal,” saying that all political forces should work together to fight domestic violence.

Deputy Justice Minister Michal Wojcik, however, said that while the ministry agreed with the convention regarding the protection of victims of violence, there was “no consent to ideology” regarding the concept of gender as a social construct.

“There is no third sex, there is only a man and a woman,” Mr Wojcik said.

The deputy spokesman for the ruling party, Radoslaw Fogiel, said on public-service broadcaster Polish Radio 24 that the government was analysing the convention but had not yet made its final decision regarding the withdrawal.

The treaty formally named the Council of Europe Convention on preventing and combating violence against women and domestic violence is based on the premise that women are targeted with violence just because they are women.

It states that men and women have equal rights and obliges state authorities to take steps to prevent violence against women, protect victims and prosecute perpetrators.

Another point in the convention that has been questioned by Poland’s government says that “culture, custom, religion, tradition or so-called ‘honour’ shall not be regarded as justification” for acts of violence covered in the treaty.

In the government’s interpretation, that amounts to making a link between religion and violence.

The convention, which came into force in 2014, has been signed by 45 European countries and the European Union, but 10 countries, including Britain, Hungary and the Czech Republic, and the EU have yet to ratify it.