She was brought in for treatment in the artificial sea on Libong Island in Krabi province. 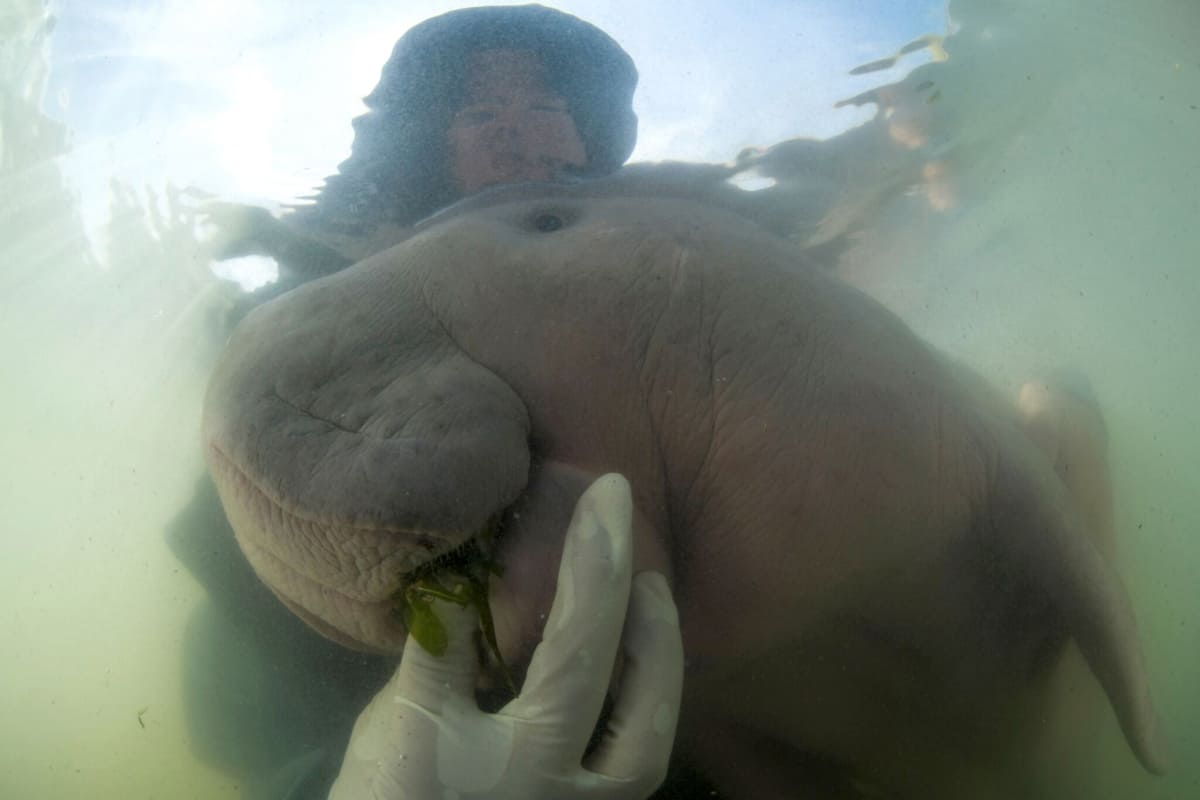 An eight-month-old dugong nurtured by marine experts after it was found lost near a beach in southern Thailand has died of what biologists believe was a combination of shock and ingesting plastic waste.

The female dugong — a large ocean mammal — was named Marium and became a hit in Thailand after images of biologists embracing and feeding her with milk and sea grass spread across social media.

Veterinarians and volunteers had set out in canoes to feed Marium for up to 15 times a day while also giving her health checks.

Last week, she was found bruised after being chased and supposedly attacked by a male dugong during the mating season, said Jatuporn Buruspat, the director-general of the Department of Marine and Coastal Resources.

She was brought in for treatment in the artificial sea on Libong Island in Krabi province.

“We assume she wandered off too far from her natural habitat and was chased, and eventually attacked by another male dugong, or dugongs, as they feel attracted to her,” he said.

An autopsy showed a large amount of plastic waste in her intestine, which could also have played a part in her death as it led to gastritis and blood infection, he said.

“She must’ve thought these plastics were edible,” Mr Jatuporn said.

The dugong is a species of marine mammal similar to the American manatee and can grow to about 3.4 metres in length. Its conservation status is listed as vulnerable.