Trump’s plan to implicate Joe Biden and his son in the kind of corruption that plagues Ukraine has backfired. 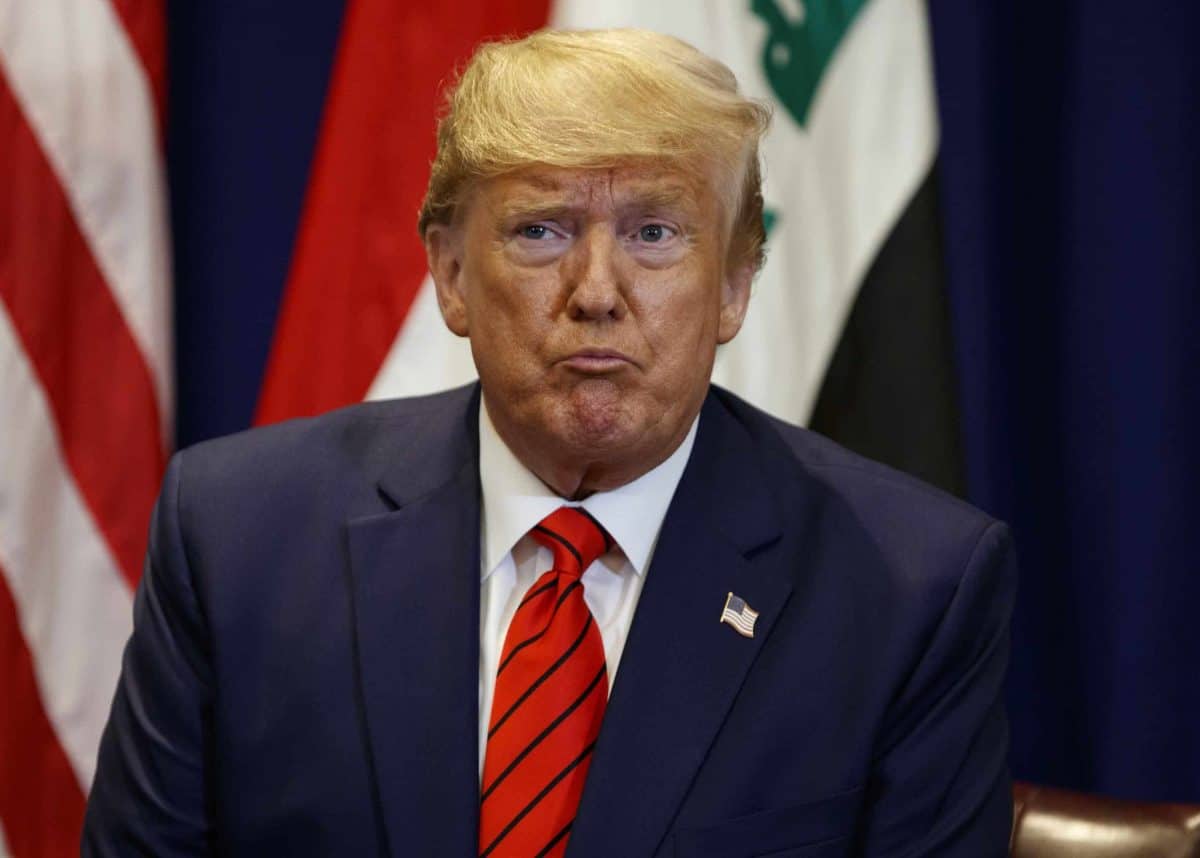 Donald Trump has lashed out angrily at the news that Congress is launching a formal impeachment inquiry by calling it a “witch hunt.”

House speaker Nancy Pelosi who has previously resisted calls to impeach the President said his latest actions were too concerning to ignore as she announced the launch of the probe.

“The actions of the Trump presidency revealed the dishonorable fact of the President’s betrayal of his oath of office, betrayal of our national security and betrayal of the integrity of our elections,” said Pelosi.

“Therefore, today, I am announcing the House of Representatives moving forward with an official impeachment inquiry.”

The probe focuses partly on whether Trump abused his presidential powers and sought help from a foreign government to undermine Democratic foe Joe Biden and help his own re-election.

Pelosi said “no one is above the law.”

Last night Donald Trump tweeted that this was a “witch hunt” and he would be releasing a transcript go a telephone call he had with the Ukranian President Volodymyr Zelensky.

One of his conversations with Zelensky worried a security official so much that he reported it to his superiors as he felt it was putting Trump’s re-election over the national interest.

Secretary of State Pompeo recieved permission from Ukraine Government to release the transcript of the telephone call I had with their President. They don’t know either what the big deal is. A total Witch Hunt Scam by the Democrats!

Trump says that releasing the transcript of his phone call will prove he did not threaten to withhold $400 million military aid unless he started investigating the son of Democrat Joe Biden. This would have embarrassed the front runner to compete against him in the 2020 Presidential election.

There is no evidence to back up claims that father or son are guilty of corruption in their dealings with Ukraine.

But Pelosi has hinted out that Trump’s public admission that he spoke to Zelensky about Biden in itself represents an abuse of power by a President seeking foreign help to win reelection.

After spending most of Trump’s presidency debating whether to impeach the president over various allegations including colluding with Russia over leaked information that helped him win the 2016 election, the Democrats finally decided this was the last straw.

Trump, who thrives on combat, has all but dared Democrats to make him the fourth President to ever face impeachment.

Commentators are already speculating whether the spectre of impeachment led by the opposition party will bolster rather than diminish his political support, and whether to impeach the President on collusion with a foreign power to investigate corruption in a rival’s family will only play well to his power base of loyal Trump fans.

“Now is the time to act”

Meeting with world leaders at the United Nations, he previewed his defence in an all-caps tweet: “PRESIDENTIAL HARASSMENT!”

Pelosi’s brief statement, delivered without dramatic flourish but in the framework of a constitutional crisis, capped a frenetic week-long stretch on Capitol Hill as details of a classified whistleblower complaint about Mr Trump burst into the open and momentum shifted towards an impeachment probe.

For months, the Democratic leader has tried calming the push for impeachment, saying the House must investigate the facts and let the public decide.

The times have found us. The actions taken to date by the President have seriously violated the Constitution. It is for this reason that the House of Representatives is moving forward with an official impeachment inquiry. pic.twitter.com/cHq7zgKJ1g

The new drive was led by a group of moderate Democratic legislators from political swing districts, many of them with national security backgrounds and serving in Congress for the first time.

The newcomers are risking their own re-elections but say they could no longer stand idle. Amplifying their call were long-time leaders, including representative John Lewis of Georgia, the civil rights icon often considered the conscience of House Democrats.

“Now is the time to act,” John Lewis said in an address to the House. “To delay or to do otherwise would betray the foundation of our democracy.”

At issue are Trump’s actions with Ukraine.

In a summer phone call with Ukrainian President Volodymyr Zelenskiy, he is said to have asked for help investigating former vice president Biden and his son Hunter.

In the days before the call, Trump ordered advisers to freeze 400 million dollars in military aid for Ukraine — prompting speculation that he was holding out the money as leverage for information on the Bidens.

Trump has denied that charge, but acknowledged he blocked the funds, which were later released.

The Trump-Ukraine phone call is part of the whistleblower’s complaint, although the administration has blocked Congress from attaining other details of the report, citing presidential privilege.

Trump has authorised the release of a transcript of the call, which is to be made public on Wednesday.

“You will see it was a very friendly and totally appropriate call,” he said.

The whistleblower’s complaint was being reviewed for classified material and could go to Congress by Thursday, according to a source.

Trump has sought to implicate Joe Biden and his son in the kind of corruption that has long plagued Ukraine. Hunter Biden served on the board of a Ukrainian gas company at the same time his father was leading the Obama administration’s diplomatic dealings with Kiev.

Though the timing raised concerns among anti-corruption advocates, there has been no evidence of wrongdoing by either the former vice president or his son.