Donald Trump said he has seen proof that the coronavirus outbreak originated from an infectious disease laboratory in China. 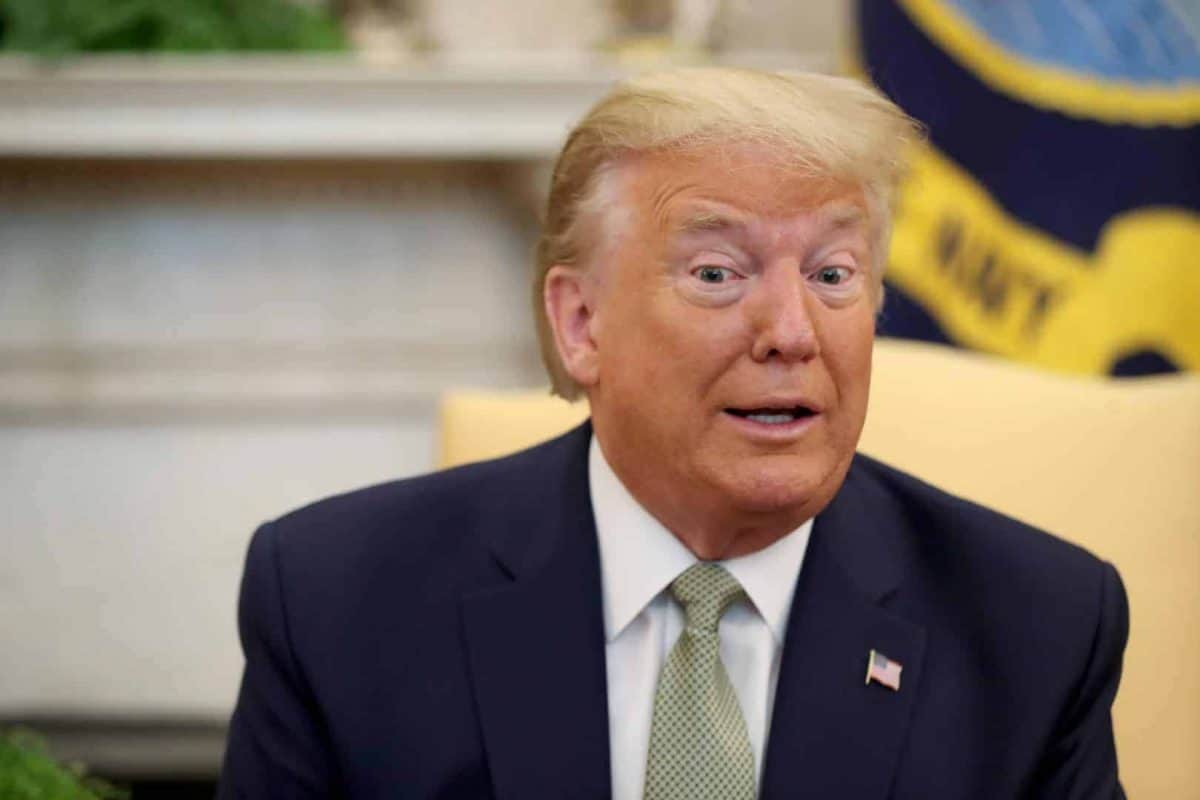 There is no evidence to support a conspiracy theory, backed by Donald Trump, which suggests coronavirus was created in a Chinese laboratory, an expert has said.

The US president claims to have seen proof that Covid-19 originated from an infectious disease laboratory in Wuhan.

At the start of May he speculated that China could have unleashed the virus on the world due to some kind of horrible “mistake”, and even put forward the idea the release was intentional.

However, Professor David Robertson told the House of Lords Science and Technology Committee there was no evidence to back the theory.

He said: “It (the theory) seems unlikely given the emergence of an animal market.

“You have a virus that you think comes from an exotic species and then you have a wildlife market – that seems the most parsimonious explanation.”

Asked whether a Covid-19 sample found in a Wuhan lab, thought to be about 40 to 50 years old, could have been behind the initial outbreak, the head of viral genomics and bioinformatics at the University of Glasgow added: “No, absolutely not.

“That’s partly what has driven some of these conspiracy theories, is what is the chance they would have this virus in the labs that is close? And actually, even though it is close in sequence, it is not close in time.”

Prof Robertson added: “There is really no evidence for this. We can all enjoy a conspiracy theory but you need to have evidence.”

The committee also heard that Covid-19 is unpredictably different from what had been discovered.

He said: “I don’t think we’re clever enough to have designed this virus – it’s far too unique.”

John Ball, professor of molecular virology at the University of Nottingham, told the committee that wildlife markets where animals are kept “cheek-by-jowl” – such as in the so-called wet markets in China – helped “stack the odds in the favour” of viruses transferring to humans.

He said: “Unusually for this virus, it seems as though it was ready-primed to be able to reasonably and efficiently – in fact, very efficiently – infect humans and be transmitted.

“Wherever you have a large mixture of different wild animals being kept close together alive then there is always the chance that a virus can jump from one to another and acquire some mutations and that those mutations might then enable it to infect humans and then onwardly transmit.

“It is a lottery for the viruses, it is a game of chance, but you do stack the odds in the favour of the virus if you have lots of these wild animals being kept cheek-by-jowl in these kinds of markets.”