Mexican drug kingpin Joaquin “El Chapo” Guzman has been sentenced to life behind bars in a US prison, a humbling end for a crime lord once notorious for his ability to kill, bribe or tunnel his way out of trouble. A federal judge in Brooklyn handed down the sentence on Wednesday, five months after Guzman’s […] 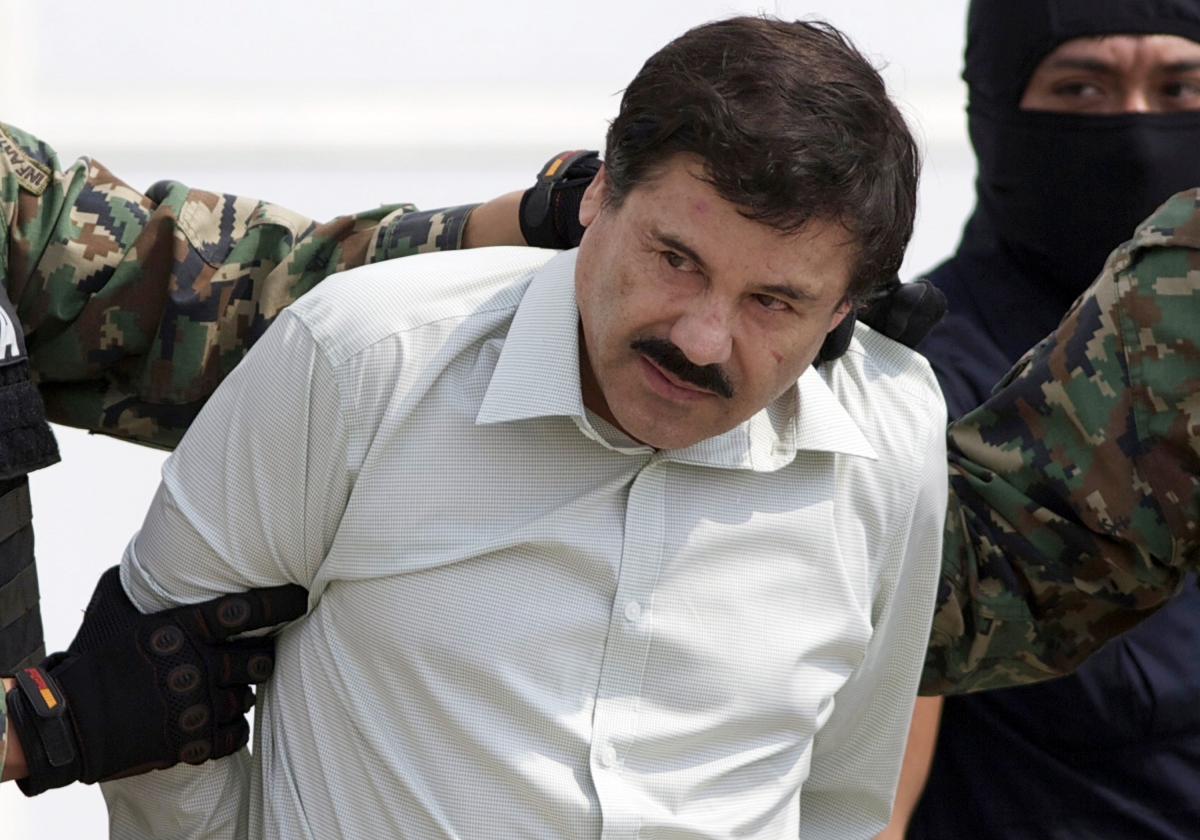 Mexican drug kingpin Joaquin “El Chapo” Guzman has been sentenced to life behind bars in a US prison, a humbling end for a crime lord once notorious for his ability to kill, bribe or tunnel his way out of trouble.

A federal judge in Brooklyn handed down the sentence on Wednesday, five months after Guzman’s conviction in an epic drug-trafficking case.

The 62-year-old, who had been protected in Mexico by an army of gangsters and an elaborate corruption operation, was taken to the US to stand trial after he twice escaped from Mexican prisons.

Before he was sentenced, Guzman complained about the conditions of his confinement and told the judge he was denied a fair trial. He said District Judge Brian Cogan failed to thoroughly investigate claims of juror misconduct.

“My case was stained and you denied me a fair trial when the whole world was watching,” Guzman said in court through an interpreter.

“When I was extradited to the United States, I expected to have a fair trial, but what happened was exactly the opposite.”

The sentence was pre-ordained. The guilty verdict in February at Guzman’s 11-week trial triggered a mandatory sentence of life without parole .

The evidence showed that under Guzman’s orders, the Sinaloa cartel was responsible for smuggling mountains of cocaine and other drugs into the US during his 25-year reign, prosecutors said in court papers recapping the trial.

They also said his “army of sicarios” was under orders to kidnap, torture and murder anyone who got in his way.

The defence argued he was framed by other traffickers who became government witnesses so they could get breaks in their own cases.

Guzman has been largely cut off from the outside world since his extradition in 2017 and his remarks in the courtroom on Wednesday could be the last time the public hears from him. He thanked his family for giving him “the strength to bear this torture that I have been under for the past 30 months”.

Wary of his history of escaping from Mexican prisons, US authorities have kept him in solitary confinement in an ultra-secure unit at a Manhattan jail and under close guard during his appearances at the Brooklyn courthouse where his case unfolded.

Experts say he is likely to end up at the federal government’s “Supermax” prison in Florence, Colorado, known as the “Alcatraz of the Rockies”.

While the trial was dominated by Guzman’s persona as a near-mythical outlaw who carried a diamond-encrusted handgun and stayed one step ahead of the law, the jury never heard from the man himself, except when he told the judge he would not give evidence.

But evidence at the trial suggested his decision to stay quiet at the defence table was against his nature. Co-operating witnesses told jurors he was a fan of his own rags-to-riches narco story, always eager to find an author or screenwriter to tell it.

He famously gave an interview to American actor Sean Penn while he was a fugitive, hiding in the mountains after accomplices built a long tunnel to help him escape from a Mexican prison.

There were also reports that Guzman was itching to testify in his own defence until his lawyers talked him out of it, making his sentencing a last chance to seize the spotlight.

At the trial, his lawyers argued he was the fall guy for other kingpins who were better at paying off senior Mexican politicians and law enforcement officials to protect them while the US government looked the other way.

Prosecution descriptions of an empire that paid for private planes, beachfront villas and a private zoo were a fallacy, his lawyers said, and the chances the US government could collect on a roughly 12.5 billion dollar (£10 billion) forfeiture order are zero, they add.