Troops and demolition crews out at dawn in Palestinian controlled Wadi Hummus neighbourhood which could set a worrying precedent for thousands of homes. 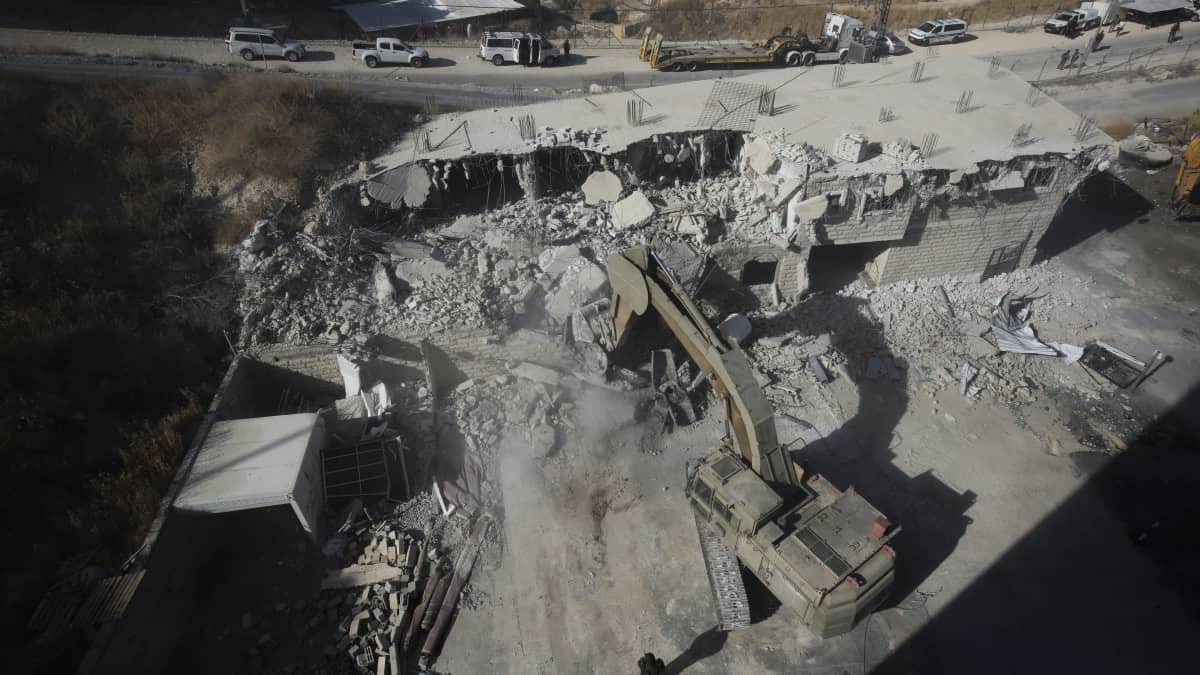 Monday’s demolitions cap a years-long legal battle over the buildings, which straddle the city and the occupied West Bank.

Israel says the buildings were built illegally too close to its West Bank separation barrier.

But residents say they have nowhere to build and getting permits to build homes legally is impossible.

This shocking footage was published by Israeli newspaper Haaretz:

The demolitions, which began overnight, have already destroyed several of the more than 20 apartments in the buildings.

The United Nations estimates about 20 people are believed to live in the buildings and some 350 property owners who have not yet moved in will be affected.

Israel captured east Jerusalem and the West Bank in the 1967 Middle East war.

The international community considers both areas to be occupied territory, and the Palestinians seek them as parts of a future independent state.

Israel annexed east Jerusalem and considers it part of its capital – a step that is not internationally recognised. The competing claims to the territory have created myriad legal complexities.

Israel built its separation barrier in the early 2000s in a step that it says was needed to prevent Palestinian suicide bombers from reaching Israel from the West Bank.

The Palestinians say the structure is an illegal land grab because it juts into the West Bank in many places.

Sur Baher in Southeast Jerusalem is one of those places. In negotiations with residents, Israel built the route of the structure in Sur Baher inside the West Bank to prevent dividing the village and disrupting life, according to court documents.

Eye-witnesses have said Israeli demolition crews have put explosives in the buildings in Wadi Hummus – a neighbourhood on the outskirts of the Palestinian village of Sur Baher. Unlike the rest of the village, Wadi Hummus is just beyond the city’s municipal boundaries, in the West Bank. Most of the neighbourhood is in what authorities call Area A under the control of the Palestinian Authority.

Residents, explaining it is impossible to get Israeli building permits in east Jerusalem, began building the apartment buildings in the West Bank part of the village with permission from the Palestinian Authority.

Early this decade, the Israeli military ordered the construction to stop, saying it could not permit high-rise buildings so close to the separation barrier.

This move may set a worrying precedent that will set aside the protection of Palestinian Authority controlled area and allow Israeli authorities to now demolish thousands of homes in the West Bank.