The rights group called on Britain to stop turning a "blind eye" to Israeli atrocities. 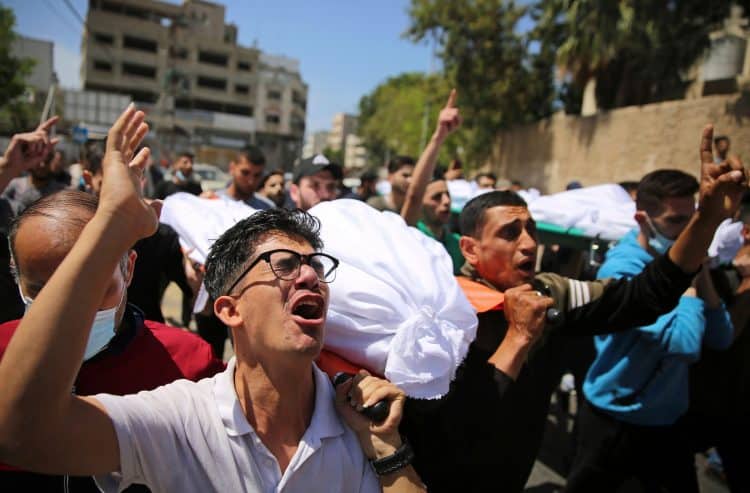 Israel is committing “apartheid” against Palestinians – and states like the UK should rethink their relationship with the country, Amnesty International said.

The group’s 211-page report drew stinging criticism from the Israeli foreign ministry, which rejected the findings as “false, biased and anti-Semitic’.

Yair Lapid, the country’s foreign minister, said the British rights group was guilty of quoting “lies spread by terrorist organisations” and being a “radical organisation which echoes propaganda”.

In a document published on Tuesday, Amnesty said Palestinians are treated as an “inferior racial group and systematically deprives of their rights”, ruling that they were forced to live with “cruel policies of segregation, dispossession and exclusion which amounts to crimes against humanity”.

The report cited “massive” seizures of Palestinian land and property, unlawful killings, the “forcible transfer” of Palestinians from their hand” and the detail of nationality and citizenship as parts of “a system amounting to apartheid under international law”.

Amnesty concludes that Israeli authorities should be held accountable – and called for a “major reassessment” of UK foreign policy towards Israel.

“We found that Israel’s cruel policies of segregation, dispossession and exclusion across all territories under its control clearly amount to apartheid. The international community has an obligation to act,” Agnes Callamard, the group’s Secretary-General said.

“Apartheid has no place in our world, and states which choose to make allowances for Israel will find themselves on the wrong side of history.

“Governments who continue to supply Israel with arms and shield it from accountability at the UN are supporting a system of apartheid, undermining the international legal order, and exacerbating the suffering of the Palestinian people.”

Israel called on Amnesty to withdraw the report before it was made public, denouncing it as “false” and saying it “serves as a green light for the perpetrators and others to harm not only Israel, but Jews around the world”.

“The State of Israel absolutely rejects all the false allegations that appear in the report that Amnesty is expected to publish tomorrow,” a statement said.

“The report consolidates and recycles lies, inconsistencies, and unfounded assertions that originate from well-known anti-Israeli hate organisations, all with the aim of reselling damaged goods in new packaging.”

Amnesty is not the first group to accuse Israel of apartheid. Similar accusations were made in reports published by Israeli organisation B’Tselem last January.

“For too long the UK has tried to sit on the fence when it comes to Israel’s shameful human rights record,” she said.

“[The UK should] immediately suspend all UK military and policing assistance to Israel,” she added.