The drone strike that killed the Iranian folk hero may have contravened international and US conventions. 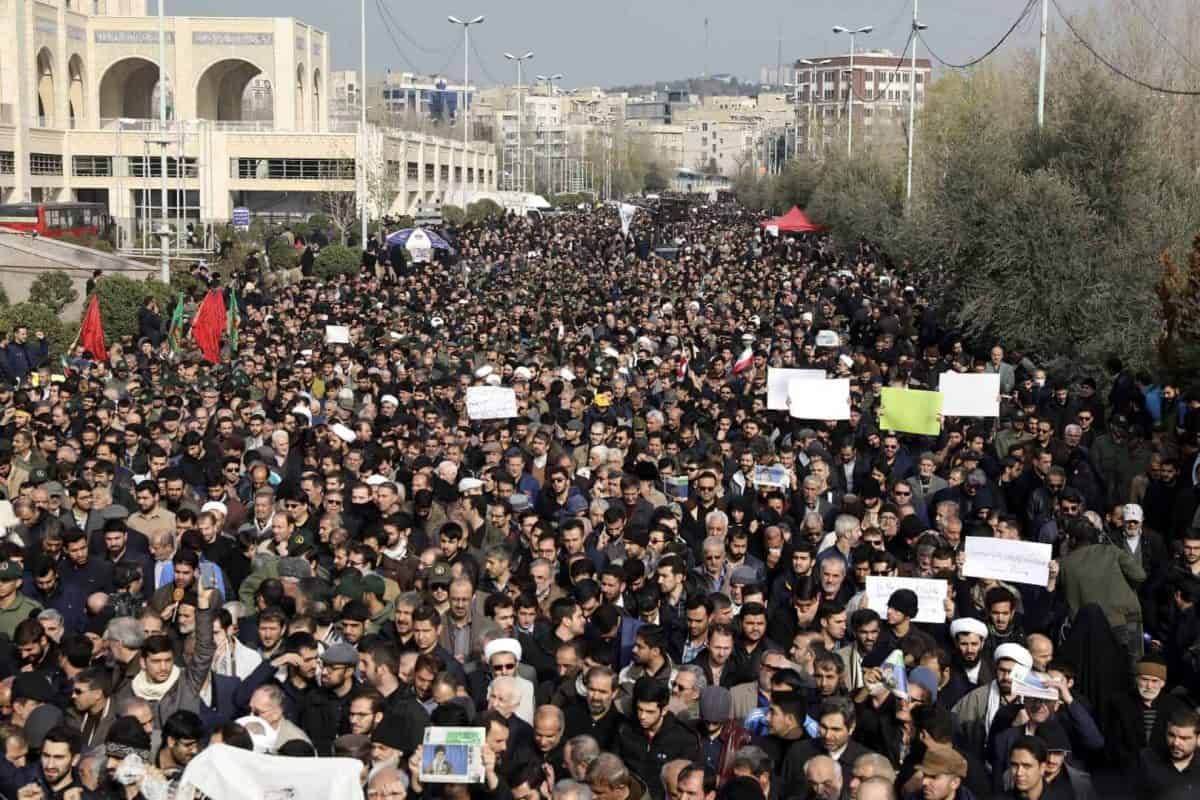 After Friday’s targeted killing of Iranian General Qassem Soleimani, newsrooms struggled with the question: Had the United States just carried out an assassination? And should news stories about the killing use that term?

The Associated Press Stylebook, considered a news industry bible, defines assassination as “the murder of a politically important or prominent individual by surprise attack”.

Although the United States and Iran have long been adversaries and have engaged in a shadow war in the Middle East and elsewhere, the US has never declared formal war on Iran.

So, the targeted killing of a high Iranian state and military official by a surprise attack was “clearly an assassination,” said Mary Ellen O’Çonnell, an expert in international law and the laws of war at the University of Notre Dame School of Law.

Though a statement issued by the Pentagon said the attack was specifically intended to kill Soleimani and that it was ordered “at the direction of the President,” it also characterised the killing as defensive, designed to protect US military forces abroad, and said Soleimani was actively developing plans “to attack American diplomats and service members in Iraq and throughout the region”.

Subsequent statements by Secretary of State Mike Pompeo and President Donald Trump also characterised the killing as punishment of Soleimani for past blood on his hands.

Ms O’Çonnell’s counter argument: Whether the killing is framed as part of an armed conflict between two states or as a police action intended to deter terrorism, it can not be characterised as an act of self-defence because there was never a full-fledged and direct attack on the United States by Iran. The United States’ legal reason for being in Iraq is to deter the Islamic State group, not to fight against Iran, she noted, and the attacks against the US by Iranian-backed militias in recent months have been intermittent and relatively limited.

“We have moved to a nearly lawless state”

“Assassination is prohibited both in peacetime law as well as on the battlefield,” she said.

“We have really moved to a nearly lawless state,” she said. If the justification for a military response is self-defence, the response should be “necessary and proportionate”. But that would not justify individual targeted killings, she said.

The premeditated killing of a specific individual commander for what they have done on the battlefield, or what they may do, has been prohibited by the law of armed conflict dating from the Hague Conventions of 1907, and by a protocol of the Geneva Convention in 1949 saying “it is prohibited to kill, injure or capture an adversary by perfidy,” she added.

International war law aside, there also has been a US executive order in place since 1976 forbidding the US from carrying out political assassinations. The order came into being after revelations that the CIA had organised or sanctioned assassination attempts against foreign leaders including Fidel Castro.

The current version of the executive order states: “No person employed by or acting on behalf of the United States Government shall engage in, or conspire to engage in, assassination.”

It does not, however, define what constitutes an assassination, and has been generally interpreted to mean an unlawful killing of a political leader in peacetime.

For instance, during the “war on terror” since 9/11, the United States is believed to have conducted a number of secret drone strikes targeting individuals, such as the attack against al-Qaeda propagandist Anwar al-Awlaki, who was killed in 2011 in Yemen.

Soleimani, however, was a military leader. If he was leading forces against the United States, under the international laws of war as enunciated in the 1949 Geneva Conventions, he and his forces could be considered legitimate battle targets during any actual war or armed conflict, declared or undeclared.

The AP has mostly refrained from describing Soleimani’s death as an assassination — both because it would require that the news service decide that the act was a murder, and because the term is politically charged.

Duke University Professor of Law Madeleine Morris, an expert on international criminal law, said the law was not terribly clear in this area.

She said under the United Nations Charter, there was a clear right of self-defence in response to armed attacks. She noted some might argue the attacks the US has experienced in this case do not meet a threshold of gravity to justify this sort of targeted killing, while others would argue to the contrary that there is no explicit threshold — that if attacked a country has an absolute right to respond militarily.

”There is no obligation to kill a lot of people rather than a single person,” she said.

The question then would be whether the act of war was legal, allowed as self-defence, or considered an illegal act of aggression? That would depend on the intelligence evidence offered by the United States and the imminence of any planned attack.

“The problem is that governments have good reason to make very little public in this situation, which makes it very difficult to evaluate the situation politically or legally,” she said.