A fifth man is in hospital with critical injuries following the attack in the Chinatown area. 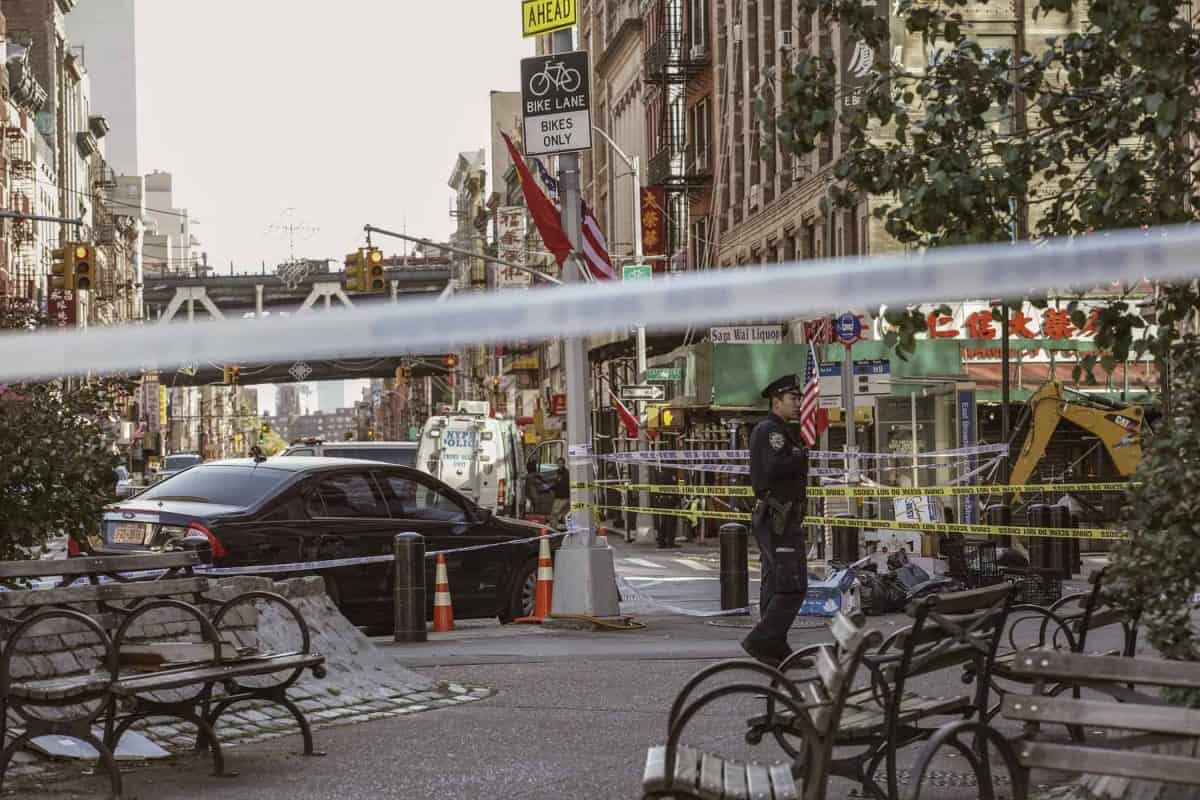 New York Police Department officers investigate the scene of an attack in Manhattan's Chinatown neighborhood, Saturday, Oct. 5, 2019 in New York. Four men who are believed to be homeless were brutally attacked and killed early Saturday in a street rampage. NYPD Detective Annette Shelton said that a fifth man remained in critical condition after also being struck with a long metal object that authorities recovered. (AP Photo/Jeenah Moon)

A homeless man wielding a long metal pipe killed four other homeless people while they slept as he rampaged through the streets of New York.

A fifth man was seriously injured after also being targeted in Manhattan’s Chinatown district in the early hours of Saturday.

Chief of Manhattan South Detectives Michael Baldassano said at news conference that the men were attacked at random with the pipe, which police later recovered.

A 24-year-old suspect is in custody but has not yet been charged.

Mr Baldassano said the attacks are not believed to have been motivated by race or age.

The suspect was arrested shortly after the fifth attack.

The victims, who have not yet been identified, were attacked in three different locations of Chinatown in a short space of time. They all died from trauma to the head.

The injured man is in a critical condition in hospital, also with head injuries.

Mr Baldassano said police are searching the neighbourhood street by street for any other possible victims.

New York mayor Bill de Blasio tweeted on Saturday that he is “stunned and horrified by this senseless act of violence against the most vulnerable members of our community”.

Mr de Blasio launched new homeless outreach efforts early in his tenure in an attempt to move more people off the street and into shelters, but the programme has faced challenges.

City efforts to build more homeless shelters have dragged due to neighbourhood opposition.

The killings on Saturday started on The Bowery, which cuts through Chinatown and has for decades been known as New York’s skid row, inhabited by the homeless, addicts and alcoholics.

During the day, the area is bustling with small businesses and street vendors offering discount goods, its pavements packed with pedestrians.

But at night once the shops close, it turns into a quiet, desolate neighbourhood.