A former drug addict has helped transform Afghanistan’s notorious heroin fields into fruit farms – and created a new energy bar in the process. James Brett, 47, has spent years working with the Taliban, tribal elders, governments, donors and farmers to replace the deadly opium poppy crop with fruit trees. He has persuaded 22,000 farmers […] 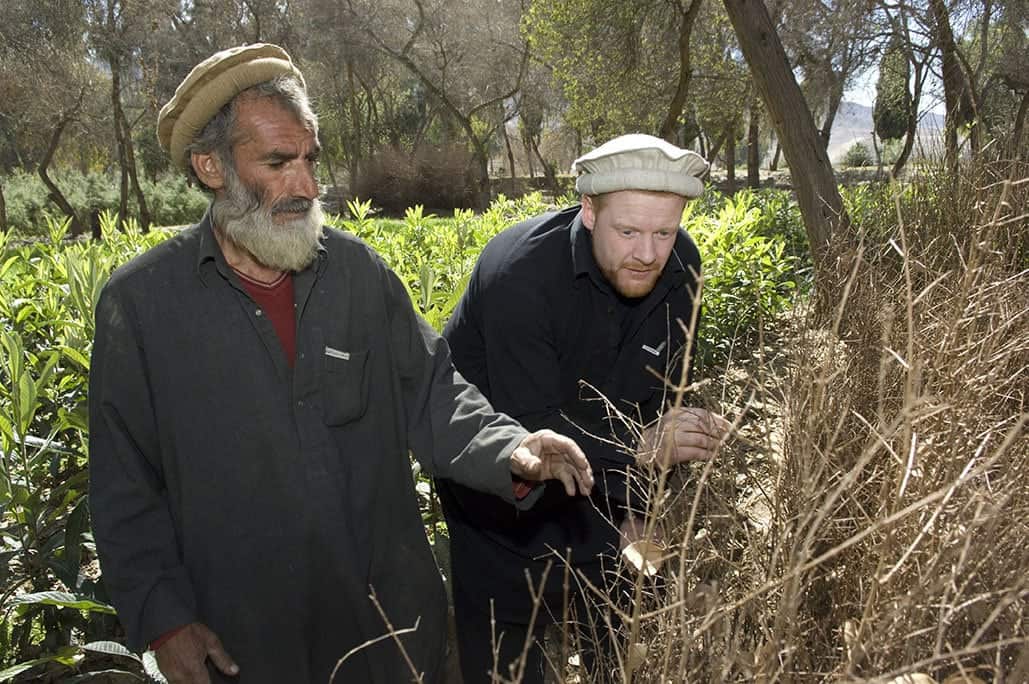 A former drug addict has helped transform Afghanistan’s notorious heroin fields into fruit farms – and created a new energy bar in the process.

He has persuaded 22,000 farmers to stop growing poppies – the source of much of the world’s heroin – and start growing pomegranates and mulberries.

The inspirational entrepreneur has now launched a new organic mulberry snack bar which he hopes will add more than £1 billion to Afghanistan’s farming industry by 2025. He has agreed a deal to sell the Plant For Peace superfood bars in Sainsbury’s and they will also be stocked in Waitrose from next month.

James, from Swindon, Wilts., said: “These bars are the first of their kind and are more than just a healthy snack. These bars are proof that putting aside politics, anything is possible.

“With every purchase of the bar, we will plant a tree with the goal to plant approximately 2.65 million this year.” It is a staggering turnaround for James, whose life could have been completely different.

As a child he was abused by his grandfather and he lost his mother while relatively young. He became a drug addict and spent time homeless and in prison.

James was later awarded compensation for the abuse he suffered and bought a house before investing in furniture importation.

During a trip to Peshawar in Pakistan in 1999, he drank pomegranate juice for the first time and launched his own version in the UK.

However, he lost control of the company and had a mental breakdown. He met a woman from the Mercy Corps aid agency who invited him on a trip to Afghanistan.

He then decided to encourage farmers to grow mulberries, which are more cost-effective than pomegranate and he hopes they will become the UK’s latest ‘super fruit’. Mulberries are packed with antioxidants, minerals and vitamins, these bars are a great low calorie snack and contain no oil or sugar.

Katherine Wilkinson, Sainsbury’s buyer, said: “After listening to James’ story it was impossible to not get involved.

“We’ve worked closely with the Plant For Peace team to develop these bars and feel that as one of the leading supermarkets in the UK we should support unique propositions like this to make a real difference.”