Hong Kong’s airport has cancelled all remaining flights for the day after thousands of pro-democracy protesters crowded into the main terminal. 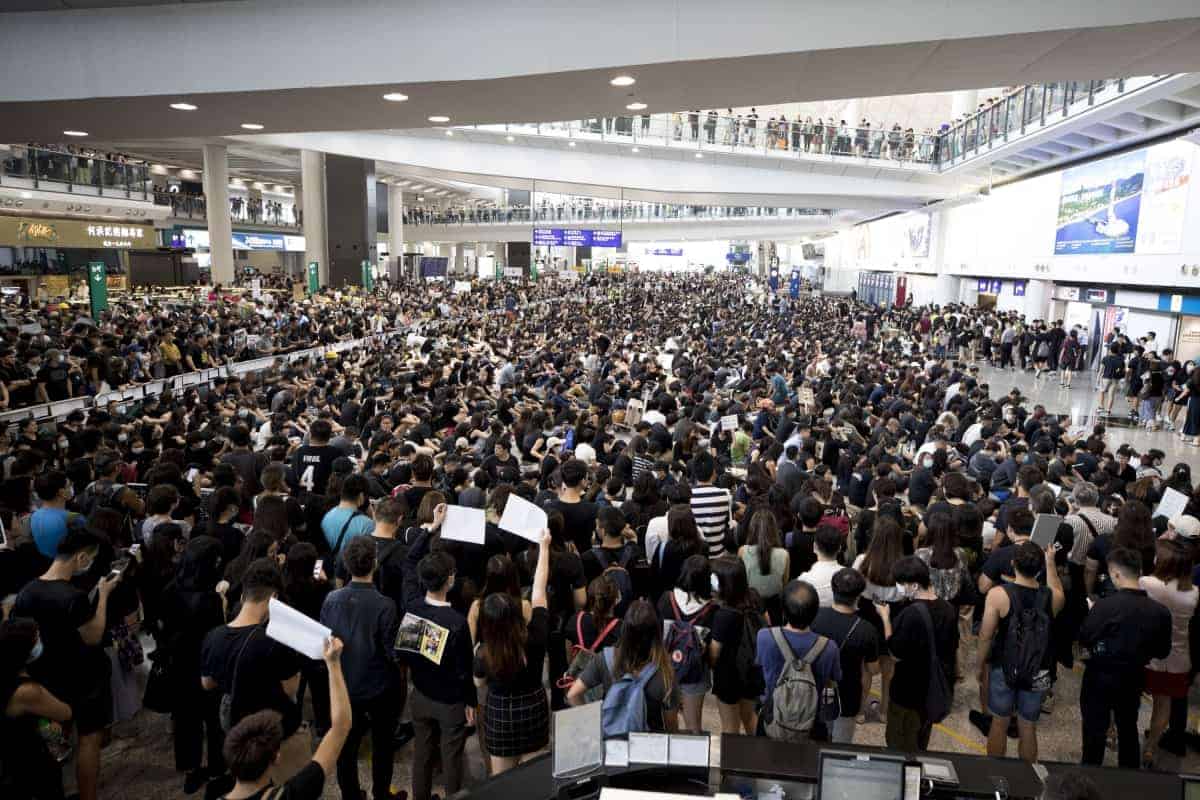 Demonstrations in the city have entered a 10th week.

Hong Kong International Airport, one of the world’s busiest flight hubs, said in a statement the demonstration had “seriously disrupted” airport operations.

It said all check-in services for departing flights had been suspended.

Only those flights that have already completed the check-in process will move ahead.

Legislators and journalists were invited to witness the display of extreme crowd control tactics, which Amnesty International warned last week could lead to serious injuries if misused within Hong Kong’s confined spaces.

Hong Kong has experienced more than two months of mass protests calling for democratic reforms and an independent inquiry into police conduct.

The protest movement’s demands also include the resignation of the Chinese territory’s leader and an election for her successor.

Hong Kong, a former British colony, was returned to China in 1997 under the “one country, two systems” principle.