Deaths from synthetic opioid, has risen more than sixfold in just seven years 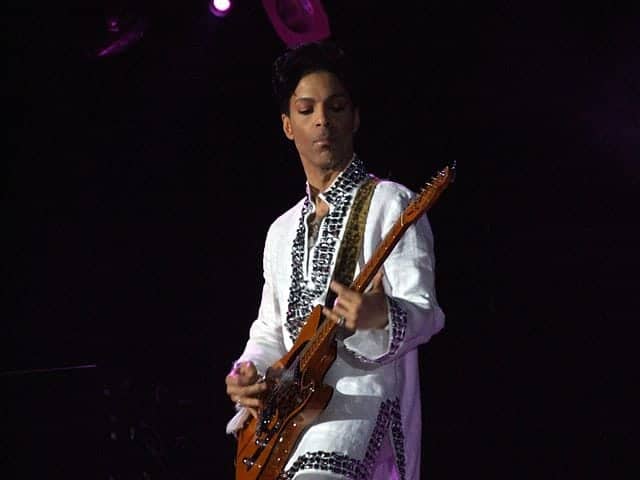 Fentanyl the prescription painkiller that killed Prince – is now causing more deaths from overdoses than any other drug, according to new research.

Young people are increasingly using it to get high – often inadvertantly as party drugs are laced with it.

Fentanyl has already claimed the lives of more than 100 people in the UK in the last two years.

Now a study in the US has found deaths caused by the illegal pill, known as a synthetic opioid, has risen more than sixfold in just seven years.

And it is likely to be a ‘conservative estimate’, warn the researchers.

It has overtaken prescription medications as the most common drug involved in overdose deaths in the US.

In March it was revealed Prince, one of the world’s best-selling musicians, died of an accidental fentanyl overdose at his Paisley Park mansion in Minnesota in April 2016.

He is the most high profile victim of what has been dubbed an ‘opioid epidemic’ sweeping the US.

Most of the supply is produced in China and then secretly shipped to the US – or other countries, including the UK, where users buy it through the dark net.

Heroin and cocaine is sometimes laced with fentanyl.

It is so potent and deadly just one microgram can be enough to kill someone, triggering low blood pressure and breathing problems.

Drug overdose deaths are at unprecedented levels in the US.

Prescription opioids such as morphine have been the most common drug involved in overdose deaths.

But increasingly, the agent of death is a drug called fentanyl – up to 100 times more powerful than doctor-prescribed morphine.

Dr Jones, of the Substance Abuse and Mental Health Services Administration, Rockville, Maryland, and colleagues used mortality data to show almost half opioid related deaths are now down to fentanyl.

Dr Jones said: “In 2016, synthetic opioids eclipsed prescription opioids as the most common drug involved in overdose deaths in the United States.

“These findings underscore the rapidly increasing involvement of synthetic opioids in the drug overdose epidemic and in recent increases in overdose deaths involving illicit and psychotherapeutic drugs.”

And the part fentanyl played was alarming.

Dr Jones said: “Prescription opioids have been the most common drug involved in overdose deaths, but heroin and synthetic opioids, mainly illicit fentanyl, are increasingly implicated in overdoses.

“To date, the involvement of synthetic opioids in overdose deaths involving other drugs is not well characterised, limiting the ability to implement effective clinical and public health strategies.”

The researchers also found eight in ten of the fentanyl deaths also involved other drugs or drink.

Dr Jones said: “In 2016, synthetic opioids eclipsed prescription opioids as the most common drug involved in overdose deaths in the United States.

“These findings underscore the rapidly increasing involvement of synthetic opioids in the drug overdose epidemic and in recent increases in overdose deaths involving illicit and psychotherapeutic drugs.”

He also pointed out that in up to a quarter of death certificates the type of drugs involved were not specified, so the numbers reported “are likely underestimates.”

Added Dr Jones: “Widespread public health messaging is needed, and clinicians, first responders, and lay persons likely to respond to an overdose should be trained on synthetic opioid risks and equipped with multiple doses of naloxone (a drug that reverses opioid overdoses).

“These efforts should be part of a comprehensive strategy to reduce the illicit supply of opioids and expand access to medication-assisted treatment for opioid addiction.”

Although originally intended as a painkiller with medicinal uses, fentanyl has increasingly been used an illicit recreational drug.

The findings published in JAMA back up recent research suggesting fentanyl-related overdose deaths roughly doubled in 2016 – from just under 10,000 a year earlier.