"Neither side is going to concede. Time to clean the guns, time to hit the streets.” 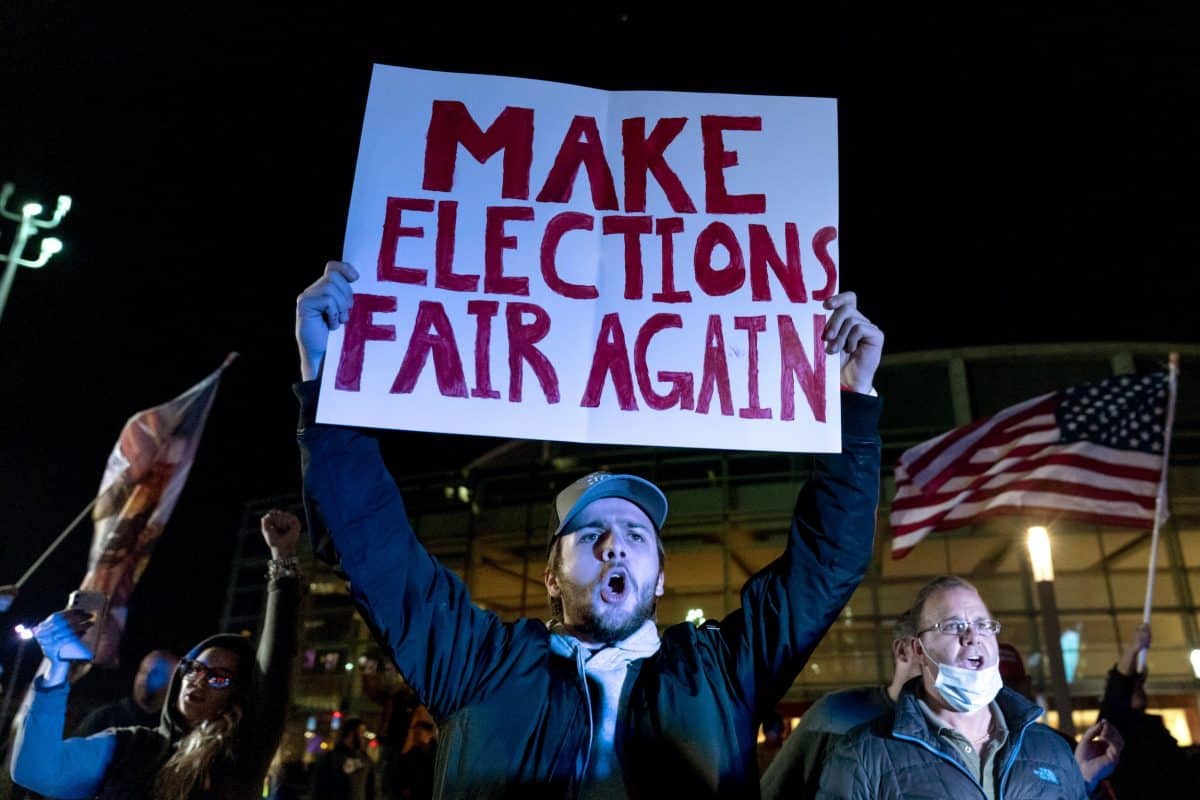 Facebook on Thursday banned a large group called Stop the Steal that supporters of Donald Trump were using to organise protests against the presidential vote count.

Some members had called for violence, while many falsely claimed Democrats were “stealing” the election from Republicans.

Though the group amassed more than 350,000 members before Facebook took it down, it was just one of several smaller groups that appeared as vote counting extended for days in several battleground states.

Inside the groups, members and organisers tried to ensure they would evade Facebook’s moderators and “trolls” who might report or mock them.

“In line with the exceptional measures that we are taking during this period of heightened tension, we have removed the Group ‘Stop the Steal’, which was creating real-world events,” Facebook said in a statement.

“The group was organised around the delegitimisation of the election process, and we saw worrying calls for violence from some members of the group.”

Facebook said it would continue to watch for activity violating its rules and would take action if necessary.

As of Thursday afternoon, a copycat Stop the Steal group was growing steadily, nearing 13,000 members, and others were easily searchable on Facebook.

Inside the groups, members organised protests and posted baseless claims of voter fraud.

Calls for violence were not immediately apparent, although the Centre for Countering Digital Hate (CCDH) shared a screenshot of one post in the now-banned group that read: “Neither side is going to concede. Time to clean the guns, time to hit the streets.”

In the new group, administrators — who create and moderate groups on Facebook, cautioned people to keep posts civil and vent frustrations without making threats. They scrupulously warned members they would remove any posts calling for violence, and said they were making plans to move the group to other, less-moderated platforms.

Imran Ahmed, CEO of the CCDH, which pressured Facebook to take down the group, said while it was true the process of stopping such groups seemed like a game of whack-a-mole, the moles were slowly learning their lesson.

“By taking out the largest one, it sent a message to others,” he said.

But Mr Ahmed said it should not be so difficult to get Facebook to take action on such a large group calling for violence.

“There is a systemic issue with Facebook groups being exploited by people spreading misinformation, hate and inciting violence,” he said “It’s a problem they have known about for a long time and they continue to fail to take proper action. It’s generally only when a lot of attention is placed on something that they act.”

By Thursday afternoon, Facebook banned the #stopthesteal hashtag, too. But it easily could have done so earlier. The term and similar ones were mentioned nearly 120,000 times on websites and social media platforms throughout the day Tuesday, according to analysis from media intelligence firm Zignal Labs.

Also on Thursday, Twitter banned an account used by former Trump advisor Steve Bannon. The right-wing provocateur, who used the handle warroompandemic, had called for the beheading of Dr Anthony Fauci and FBI Director Christopher Wray on his talk show. As of Wednesday evening, Mr Bannon’s account was still active on Facebook, where the video calling for Dr Fauci and Mr Wray to be executed had been viewed nearly 200,000 times in 10 hours.