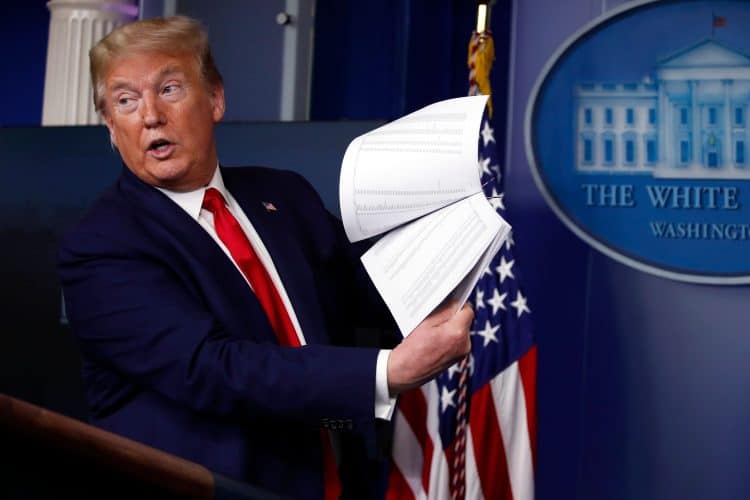 Donald Trump has launched a new social media platform – Truth Social – marking the former president’s online return after he was banned from a number of platforms last year.

The app has been launched on Apple’s App Store, and was available to download shortly before midnight US eastern time on Sunday night.

Some users quickly reported having trouble registering for an account, with many receiving the following message: “Due to massive demand, we have placed you on our waitlist.”

Trump was banned from Facebook, Twitter and YouTube following the attack on the US Capitol by his supporters in January 2021, after he was accused of inciting violence.

It is the latest in a string of tech companies that are seeking to position themselves as champions of free speech and draw users who feel their views are suppressed on more mainstream channels.

“This week we will begin to roll out on the Apple App Store. That’s going to be awesome, because we’re going to get so many more people that are going to be on the platform,” Nunes said in a Sunday appearance on Fox News.

The app’s launch comes as the former president’s fundraising efforts reportedly topped $7 million in January – while a number of affiliates associated with Trump brought in more than $123 million.

It comes days after it was revealed that 15 boxes of White House records that were stored at former president Trump’s Mar-a-Lago residence contained items marked as classified national security information.

The National Archives and Records Administration said the matter has been referred to the Justice Department.

In a response to a letter sent on February 9 to the House Committee on Oversight and Reform, the National Archives confirmed reports that Trump took government records with him to Florida after he left office in January 2021.

House politicians had opened an investigation and the National Archives has reportedly asked the Justice Department to look into the matter.

The Justice Department and the FBI have not yet said what, if anything, they will do.

The letter from the archivists also stated that certain social media records were not captured and preserved by the Trump administration.

Those staff did not copy or forward their official messaging counts, as required by the Presidential Records Act.

The letter also goes on to reveal that after Trump left the White House, the National Archives learned additional paper records that had been torn up by the former president had been transferred to the agency.

“Although White House staff during the Trump Administration recovered and taped together some of the torn-up records, a number of other torn-up records that were transferred had not been reconstructed by the White House,” the letter added.