A minute’s silence will be held on Monday. 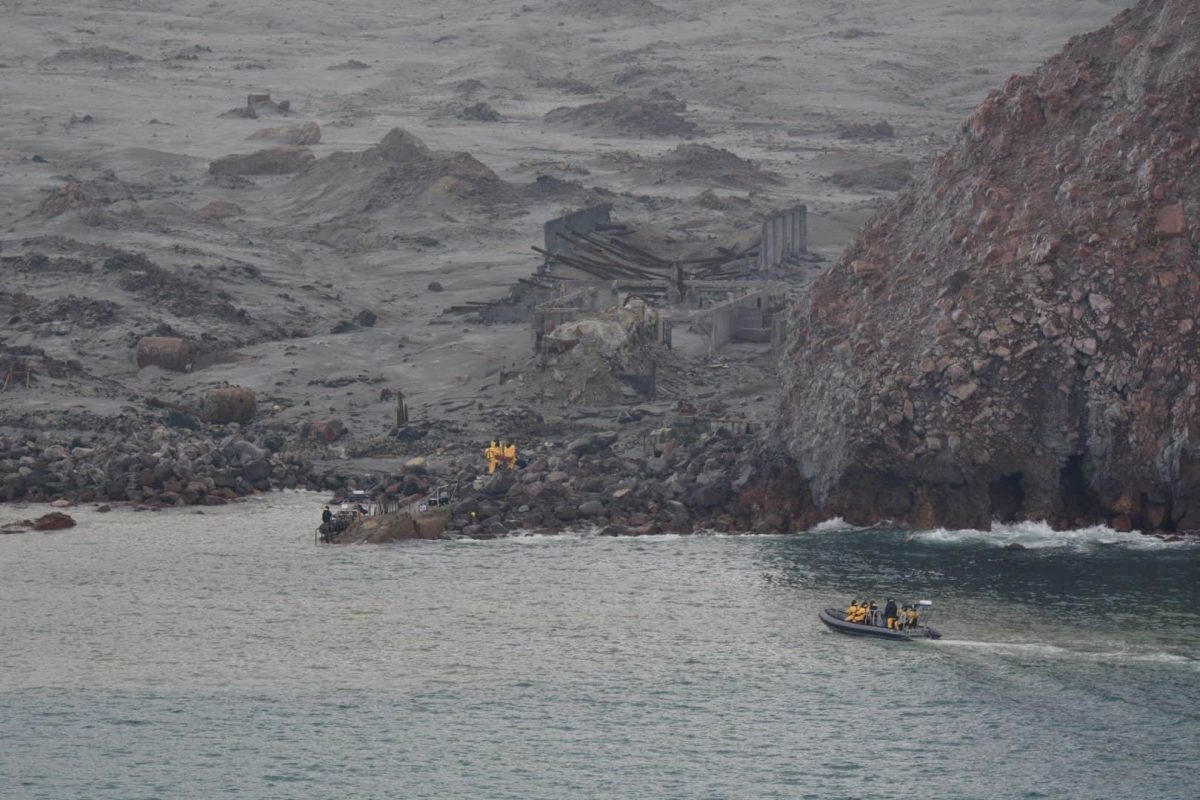 Divers have been working in contaminated waters with near zero visibility attempting to find the bodies of two people killed in the White Island eruption in New Zealand.

Police described the conditions – in which a team of nine divers spent Saturday looking for remains previously seen in the area – as “unique and challenging”.

Six bodies were taken off the volcano in a four-hour recovery mission on Friday, with two further bodies still to be recovered.

“Divers have reported seeing a number of dead fish and eels washed ashore and floating in the water.

“Each time they surface, the divers are decontaminated using fresh water.”

A team of eight from the New Zealand Defence Force started a retrieval operation from the island from first light on Friday, despite ongoing warnings of further activity from the volcano.

The team, wearing protective suits and using breathing apparatus owing to the threat of toxic gases, recovered six bodies which were then transferred via helicopter to a navy ship, the HMNZS Wellington, and taken to Auckland.

A seventh body was spotted in water close to the island by rescue teams on Tuesday, the day after the eruption.

New Zealand’s Prime Minister Jacinda Ardern has called for a minute’s silence on Monday at 2.11pm local time, a week on from the eruption.

She said: “Wherever you are in New Zealand or around the world, this is a moment we can stand alongside those who have lost loved ones in this extraordinary tragedy.

“Together we can express our sorrow for those who have died and been hurt and our support for their grieving families and friends.”

He added: “The victims and their families are our priority but we also have important obligations.

“We must work on behalf of the Coroner to ensure correct identification.

“It would be unforgivable to get the identification process wrong.”

At least 16 people are thought to have died, while 15 people are being treated in burns units in New Zealand, of whom 11 are in a critical condition.

The condition of two British women, who were among those admitted to hospital, is not known.

Counties-Manukau Health chief medical officer Dr Peter Watson told Radio New Zealand: “A number of the people will be stable enough to transfer back to their countries of origin as their clinical situation improves, so we’ll be able to do that, not immediately, but in the coming weeks.

“For some of them, that’s a long journey back to the UK or Europe so they will have to get significantly better before they can be moved.”