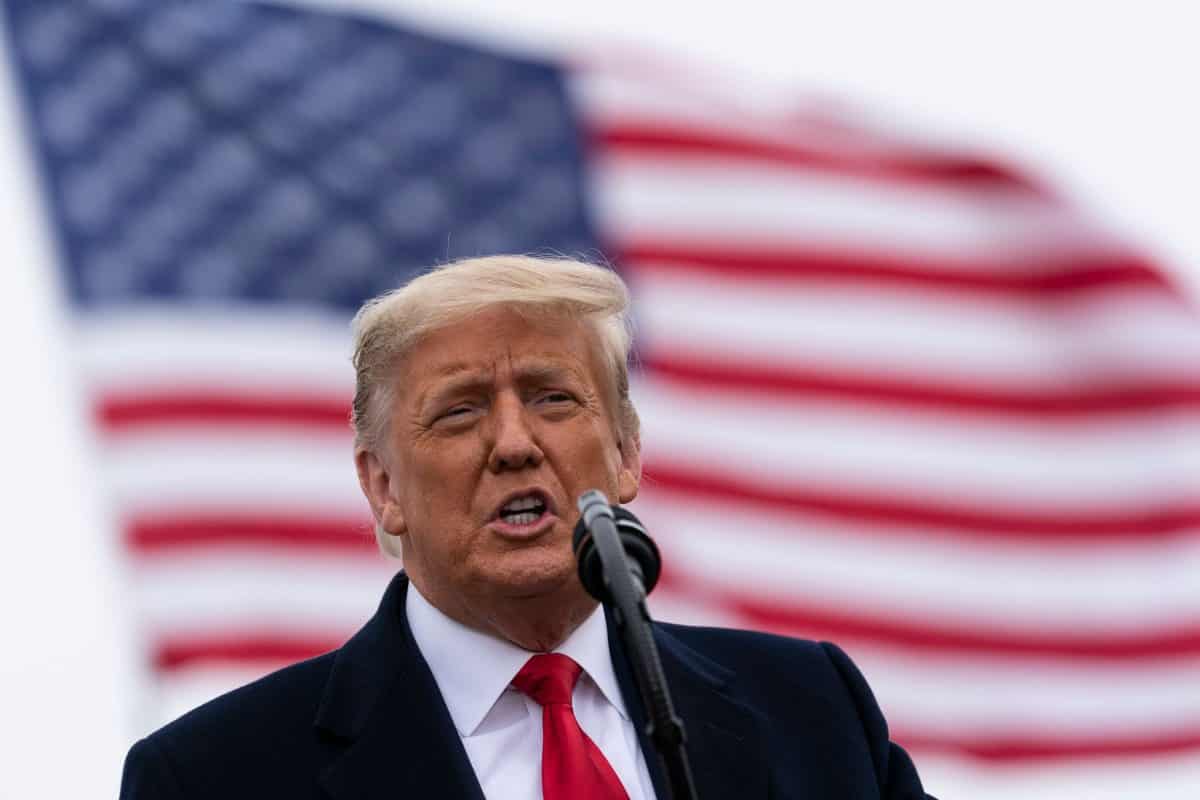 Donald Trump’s lawyers accused Democrats of waging a campaign of “hatred” against the former president and manipulating his words in the lead up to the deadly siege of the US Capitol as they defended him against impeachment.

The Trump legal team characterised the trial as a politically motivated “witch hunt” — and they sought to reduce the case to Mr Trump’s use of a single word, “fight”, in a speech preceding the January 6 riot.

They played dozens of clips showing Democrats, some of them senators now serving as jurors, using the same word to energise supporters in speeches railing against Mr Trump.

“You didn’t do anything wrong” in using the word, Trump attorney David Schoen told the senators. “But, please, stop the hypocrisy.”

The Trump defence team left out that what Mr Trump was doing in telling his supporters to “fight like hell” was to undermine a national election after every state had verified its results, after the Electoral College had affirmed them and after nearly every election lawsuit filed by Mr Trump and his allies had been rejected in court.

Instead, they contended, he was telling the crowd to support primary challenges against his adversaries and to press for sweeping election reform — something he was entitled to do.

The case is speeding towards a conclusion and near-certain acquittal, perhaps as soon as Saturday, with Mr Trump’s lawyers making an abbreviated presentation that used less than three of their allotted 16 hours.

The defence arguments and the quick pivot to the Democrats’ own words deflected from the central question of the trial — whether Mr Trump incited the assault on the Capitol — and instead aimed to place impeachment managers and Trump adversaries on the defensive.

After a two-day effort by Democrats to sync up Mr Trump’s words to the violence that followed, including through raw and emotive video footage, defence lawyers suggested that Democrats have typically engaged in the same overheated rhetoric as Mr Trump.

But in trying to draw that equivalency, the defenders minimised Mr Trump’s months-long, efforts to undermine the election results and his urging of followers to do the same.

Democrats say that long campaign, rooted in a “big lie”, laid the groundwork for the mob that assembled outside the Capitol and stormed inside. Five people died.

Without Mr Trump, who in a speech at a rally preceding the violence told supporters to “fight like hell”, the violence would never have happened, Democrats say.

“And so they came, draped in Trump’s flag, and used our flag, the American flag, to batter and to bludgeon,” Madeleine Dean, one of the impeachment managers, said on Thursday as she choked back emotion.

Mr Trump’s defenders told senators that the former president was entitled to dispute the 2020 election results and that his doing so did not amount to inciting the violence.

They sought to turn the tables on prosecutors by likening the Democrats’ questioning of the legitimacy of Mr Trump’s 2016 win to his challenge of his election loss.

When Mr Trump implored supporters to “fight like hell” on January 6, he was speaking figuratively, they said.

“This is ordinarily political rhetoric that is virtually indistinguishable from the language that has been used by people across the political spectrum for hundreds of years,” said Michael van der Veen, another Trump lawyer.  “Countless politicians have spoken of fighting for our principles.”