The Postal Service was about to send out 650 million masks. 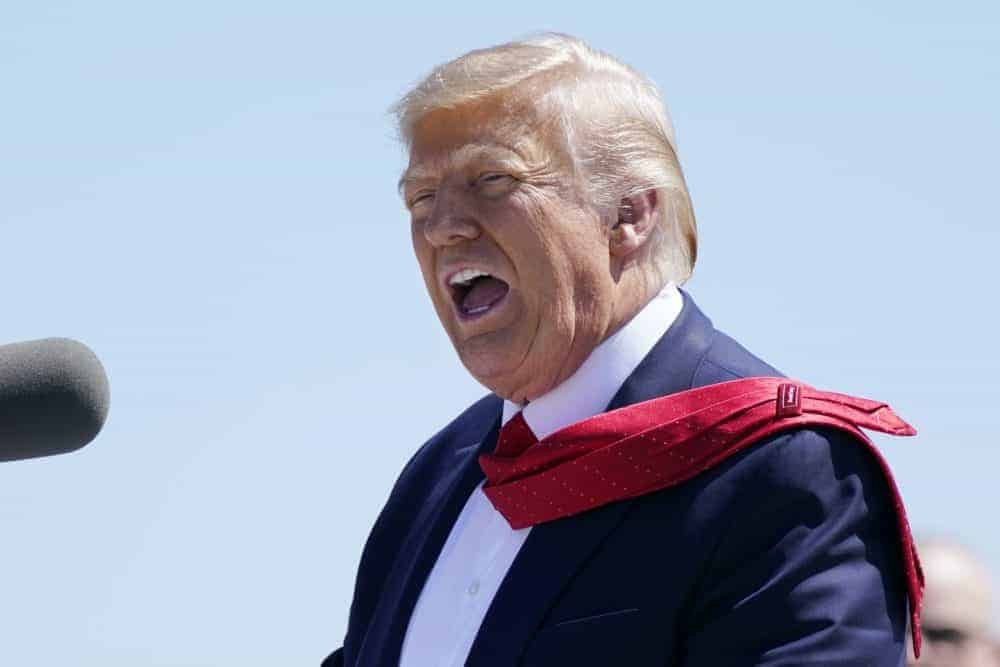 As Donald Trump aims for a second term as President a shocking story has been uncovered that could damage his re-election chances, and questioning wether his reactions to the pandemic spreading in the US could have caused more people to lose their lives.

Trump held a rally on Thursday evening in Mosinee, in central Wisconsin, an area of the state that shifted dramatically toward Republicans in 2016, enabling Mr Trump to overcome even greater deficits in urban and suburban parts of the state.

Mr Trump has increasingly used his public appearances to elevate cultural issues important to his generally whiter and older base, as he hinges his campaign on turning out his core supporters rather than focusing on winning over a narrow slice of undecided voters.

Joe Biden went after President Donald Trump again and again over his handling of Covid-19, calling the president’s downplaying of the pandemic “criminal”.

“You’ve got to level with the American people — shoot from the shoulder. There’s not been a time they’ve not been able to step up. The president should step down,” the Democratic presidential nominee said to applause from a CNN drive-in town hall crowd in Moosic, outside his hometown of Scranton.

However, also on Thursday The Washington Post reported that the White House canned a plan by the US Postal Service to send every American household a face mask back in April.

The Post obtained thousands of internal Postal Service documents that revealed previously unreported details of the agency’s struggle to deal with the Trump administration’s response to the COVID-19 pandemic in early April.

The Postal Service was about to send out 650 million masks, first targeting areas like Louisiana, Michigan, and New York, which at the time were experiencing the worst outbreaks in the country.

However, the White House decided to cancel the plan, various Trump administration officials told The Post, with one official saying: “There was concern from some in the White House Domestic Policy Council and the office of the vice president that households receiving masks might create concern or panic.”

Don Moynihan Professor at Georgetown, Visiting Prof at Oxford & Aarhus Tweeted: “The USPS had a plan to send 5 reusable facemarks to every household in early April. Even had a press release ready. The White House blocked the plan. “There was concern…that households receiving masks might create concern or panic.”

Speaking about Mr Trump’s admission that he publicly played down the impact of the virus while aware of its severity, Mr Biden declared: “He knew it and did nothing. It’s close to criminal.”

Later, Mr Biden decried Americans’ loss of basic “freedoms” as the US has struggled to contain the pandemic.

“I never, ever thought I would see just such a thoroughly, totally irresponsible administration,” he said.