Biden will announce the withdrawal of US troops from Afghanistan by 11 September - the 20th anniversary of 9/11. 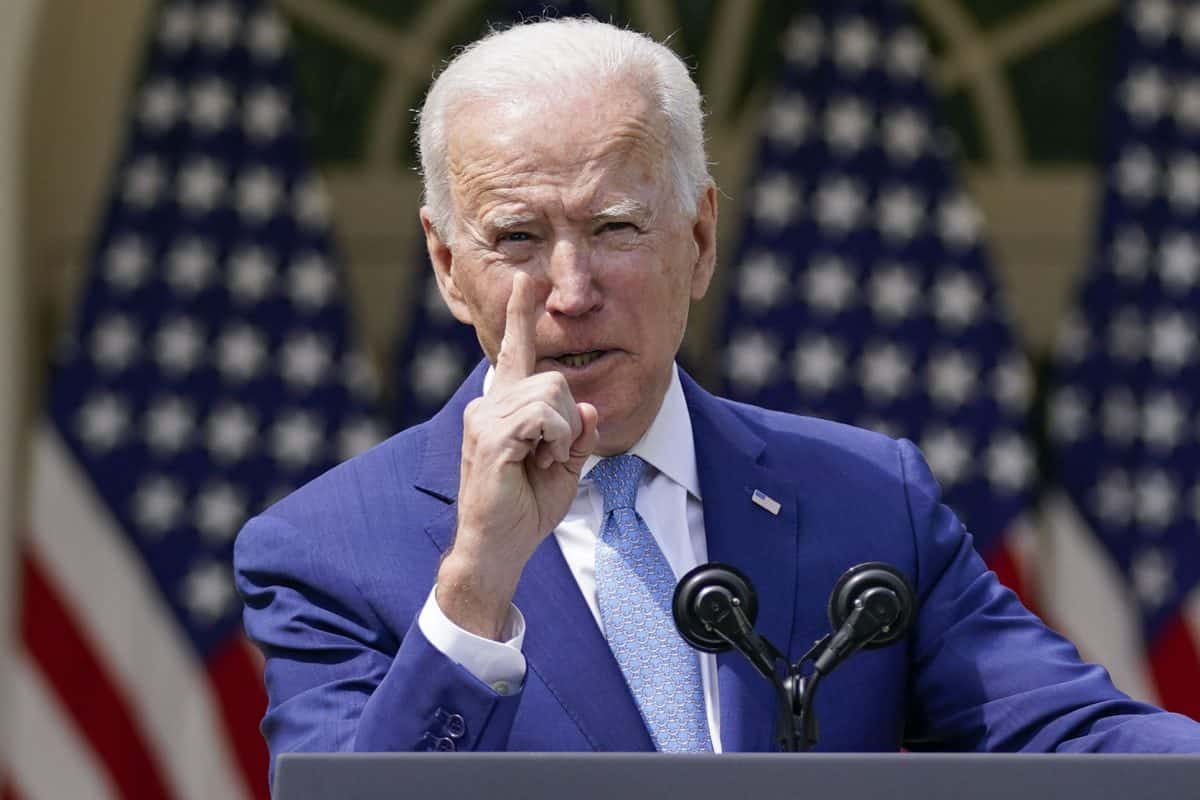 Joe Biden says 9/11 “cannot explain” the enduring presence of US forces in Afghanistan, as he said “it is time for American troops to come home” from the country’s longest war.

President Biden, in excerpts of a speech to the nation he plans later, says the US cannot continue to pour resources into an intractable war and expect different results.

The White House released the excerpts before the afternoon address when he plans to detail his timeline for a US troop withdrawal.

“We cannot continue the cycle of extending or expanding our military presence in Afghanistan hoping to create the ideal conditions for our withdrawal, expecting a different result,” Biden says.

“I am now the fourth American president to preside over an American troop presence in Afghanistan. Two Republicans. Two Democrats. I will not pass this responsibility to a fifth.”

Biden says he consulted with allies, military leaders, legislators and vice president Kamala Harris to help make his decision to withdraw all US troops by 11 September, two decades after the deadliest attack on American soil.

He is emphasising that his administration will continue to support peace talks between the Afghan government and the Taliban and assist international efforts to train the Afghan military.

“It is time to end America’s longest war,” Biden says. “It is time for American troops to come home.”

The September deadline defies the 1 May date set for full withdrawal under a peace agreement the Trump administration reached with the Taliban last year.

But Biden has been hinting for weeks that he was going to let the deadline lapse, and as the days went by it became clear that an orderly withdrawal of the remaining 2,500 troops would be difficult and was unlikely.

Biden’s choice of the 9/11 date underscores the reason that American troops were in Afghanistan to begin with — to prevent extremist groups like al-Qaeda from establishing a foothold again that could be used to launch attacks against the US.

The president decided that the deadline for withdrawal of US forces had to be absolute, rather than provisional on conditions inside Afghanistan as the deadline neared, the senior administration official said.

“We’re committing today to going to zero” US forces by 11 September, and possibly well before, an official said earlier this week, adding that Biden concluded that a conditioned withdrawal would be “a recipe for staying in Afghanistan forever”.

US officials provided details on Biden’s decision on condition of anonymity, speaking ahead of the announcement. It was first reported by The Washington Post.

According to the administration official, the only US forces remaining in Afghanistan will be those deemed necessary to protect diplomats in the country. An exact number had yet to be decided.