Myanmar’s military has announced it will hold a new election at the end of a one-year state of emergency after it seized control and reportedly detained Ms Suu Kyi. 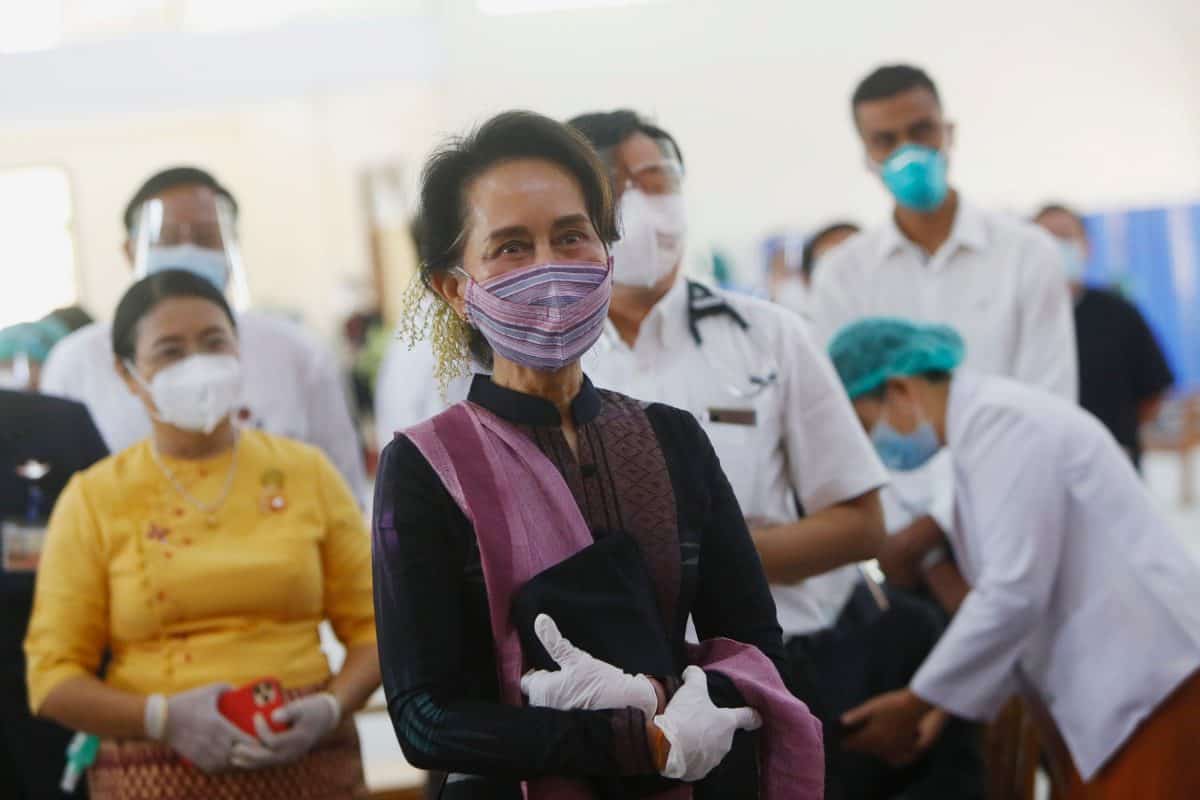 Myanmar military has said the nation’s military has taken control of the country in an apparent coup, with State Counsellor Aung San Suu Kyi been arrested – along with other members of her political party, three months after they won a landslide election victory.

An announcer on military-owned Myawaddy TV made the declaration on Monday morning, following days of concern about the threat of a coup as Myanmar’s new parliament session was about to begin.

Myanmar’s military has announced it will hold a new election at the end of a one-year state of emergency after it seized control and reportedly detained Ms Suu Kyi. The announcement said that once the election is held, the military would hand power to the winner.

The announcement on military-controlled Myawaddy TV said that because national stability is in jeopardy, all government functions would be transferred to Senior General Min Aung Hlaing under a provision in the 2008 constitution that was issued under military rule.

A presenter on the station said that the reason for the takeover was in part due to the government’s failure to act on the military’s claims of voter fraud in last November’s election and its failure to postpone the election because of the coronavirus crisis.

That report said the party’s Central Executive Committee members, legislators and regional cabinet members had also been taken into custody.

Phone and internet access to the capital Naypyitaw was lost amid the reported coup. The US, Australia and others expressed concerned over the reported coup and urged Myanmar’s military to respect the rule of law.

The National League for Democracy released a statement on the Facebook page of its party head, Ms Suu Kyi, saying the military’s actions were unjustified and went against the constitution and the will of voters.

Myanmar’s government agency in charge of air travel said it has stopped all passenger flights in the country.

The announcement and the declaration of a state of emergency follows days of concern about the threat of a military coup — and military denials that it would stage one — and came on the morning the country’s new Parliament session was to begin.

The takeover is a sharp reversal of the partial yet significant progress toward democracy Myanmar has made in recent years following five decades of military rule and international isolation that began in 1962.

It would also be shocking fall from power for Ms Suu Kyi, who led the democracy struggle despite years under house arrest and and won a Nobel Peace Prize for her efforts.

Prime Minister Boris Johnson said on Twitter: “I condemn the coup and unlawful imprisonment of civilians, including Aung San Suu Kyi, in Myanmar. The vote of the people must be respected and civilian leaders released.”

New US Secretary of State Anthony Blinken issued a statement expressing “grave concern and alarm” over the reported detentions.

“We call on Burmese military leaders to release all government officials and civil society leaders and respect the will of the people of Burma as expressed in democratic elections,” he wrote, using Myanmar’s former name.

“The United States stands with the people of Burma in their aspirations for democracy, freedom, peace, and development.”

The office of the UN secretary-general was also among those to issue a statement condemning the developments as a “serious blow to democratic reforms”.

Officials in China – one of Myanmar’s most important economic partners – said they are still gathering information about the latest developments.

A foreign ministry spokesman said: “China is a friendly neighbour of Myanmar. We hope that all parties in Myanmar will properly handle their differences under the constitutional and legal framework and maintain political and social stability.”

While China’s ruling Communist Party tends to favour fellow authoritarian regimes, it has had a fractious history with Myanmar’s military, sometimes related to its campaigns against ethnic Chinese minority groups and the drug trade along their long, mountainous border.

The detention of the politicians and cuts in television signals and communication services on Monday were the first signs that plans to seize power were in motion. Phone and internet access to Naypyitaw was lost and Ms Suu Kyi’s National League for Democracy party could not be reached.

Phone service in other parts of the country was also reported down, though people were still able to use the internet in many areas.