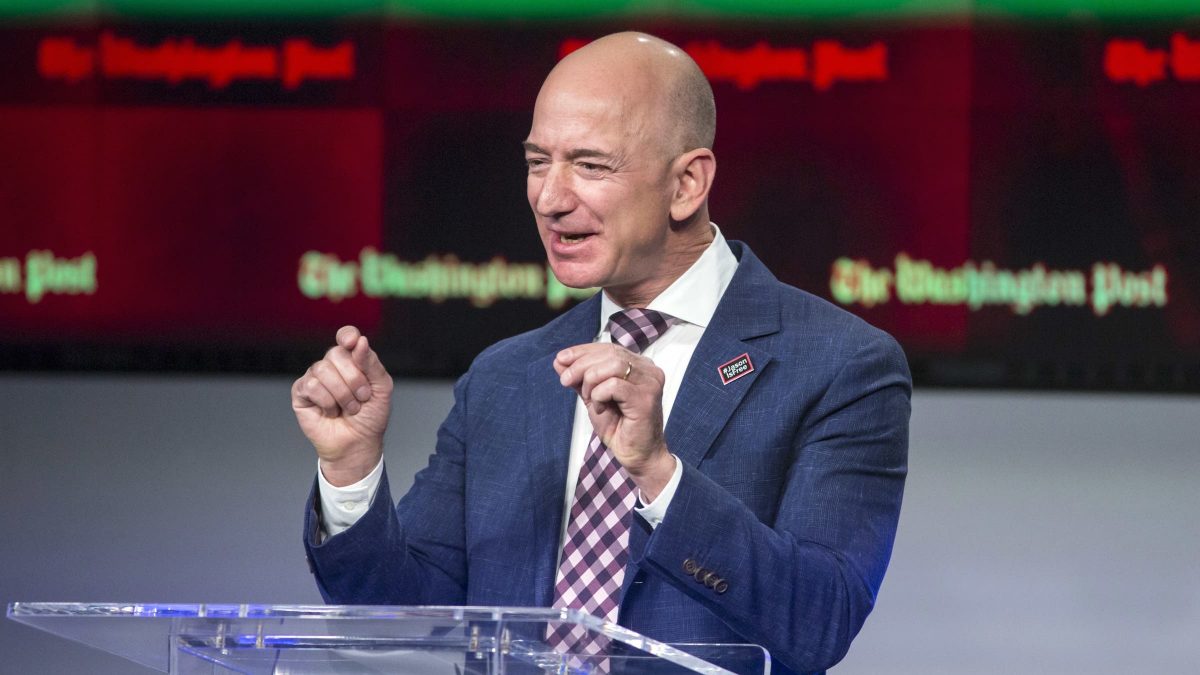 World hunger could be wiped out by 2030 with an extra £8.5 billion spending a year – less than Jeff Bezos can earn in a single day, according to new research.

It would require donors to double the sums they currently invest on food aid, say scientists.

In July the billionaire founder of Amazon’s wealth went up by a staggering £10bn ($13bn) – in just 24 hours.

The increase in Amazon stock added $8.8 billion to the fortune Bezos from after the markets closed on Friday, October 2 through the end of day on Friday, October 9. His ex-wife, MacKenzie Scott, got $3 billion richer this week thanks to her 4% Amazon stake.

The number has risen by 60 million in the past five years – and will continue to soar because of Covid-19.

He said: “The world produces enough food to feed everyone.

“If rich countries double their aid commitments and help poor countries to prioritise, properly target and scale up cost effective interventions on agricultural research and development, technology, innovation, education, social protection and on trade facilitation, we can end hunger by 2030.”

Professor Joachim von Braun, director of ZEF (Centre for Development Research) said: “Our study shows an additional $39-50 billion per annum £30 to £38.5bn) is needed to end hunger by 2030, as envisaged by the second Sustainable Development Goal.

“To make good on the promise that G7 countries made in Elmau in 2015 to lift 500 million people out of hunger, requires donors to spend an additional $11 to 14 billion (£8.5 to £10.75bn) per annum, which is about double their current aid spending on food security.

“This investment must contribute to long-term development and sustainability.”

It found more than three-quarters (77%) of small-scale farms in low and middle-income countries are located in water-scarce regions.

But only one third have irrigation systems. Potential solutions such as the use of livestock and digital technologies remain unassessed.

Corresponding author Dr Jaron Porciello, of Cornell University in New York, said: “We used our new AI tool to analyse half a million articles from the last 20 years.

“AI helped us identify the 10,000 most relevant articles from which we could then draw valuable conclusions about what works to end hunger.

“This approach could be replicated to build a scientific evidence base for many of the world’s most complex policy problems.

“We urge governments to use our findings to ensure their aid spending is as effective as possible.”

Both groups recommend focusing spending on where the need is greatest – primarily sub-Saharan Africa and also south Asia. Almost a fifth of starving people live in Africa.

Co-author Dr Carin Smaller, of the International Institute for Sustainable Development, said: “This is a call to action.

“With just 10 years to go to meet the UN Sustainable Development Goals, we need a concerted, co-ordinated effort – led by evidence and fuelled by adequate funding.

“Our five organisations have provided donors with the evidence they need to end hunger sustainably – now it’s time to act.”

The findings will be presented tommorow at a conference hosted by the German government.

Donors are expected to pledge money to the Global Agriculture and Food Security Programme (GAFSP).

During the first three months of the pandemic, the net worth of more than 600 billionaires in the US grew by about 20 percent.

Bezos, the world’s richest person, has seen his fortune swell $74 billion (£57bn) to $189.3 billion (£145bn) – despite the worst economic downturn since the Great Depression.