If Keir Starmer is in need of some Monday motivation, he'll be thrilled to find out that Mick Lynch is already on the case... 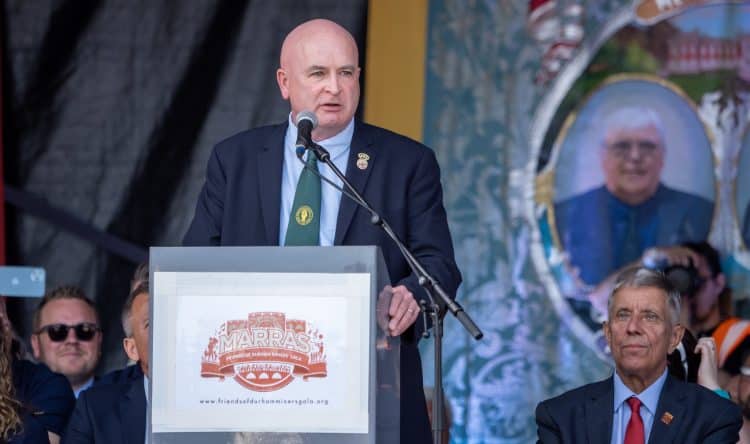 After a brief hiatus, it’s been nice to see Mick Lynch appearing on the airwaves once more over the past few days. And yes, the trade union leader does still have the UK media on strings – but his focus is now moving towards the who the next UK Prime Minister will be.

On Sunday, Big Mick reiterated his claims that BOTH Rishi Sunak and Liz Truss are ‘extremists’ on the hard-right of British politics. While addressing the government’s desire to ‘keep wages low’, Lynch made it clear that he feels another General Elections is needed imminently.

“The government is trying to keep wages low. You extend and put more value into profit that way. I don’t want to see Rishi Sunak or Liz Truss in charge. I want an election. They are both extremists, I really believe that…”

If there was a vote tomorrow, Mick Lynch says he would have no qualms in voting for Keir Starmer. The Labour leader’s brand of politics is nowhere near as left-wing as the RMT Union would like it to be – but Lynch still feels he’d make a good Prime Minister.

Some sage advice has been offered by the union leader, however. He has told Starmer to ‘get a bit of fire in his belly’, and show the public ‘a spark’ when it comes to delivering his message – mirroring a common frustration felt by many Labour voters.

“I think Starmer would be a good Prime Minister, he’s very thoughtful and competent – but he’s got to find a spark. People want to see a bit of fire from him. He’s not a boring person, but he has to show some dynamism and he needs a front bench ready to fight the next election.”

Are you taking notes, Keir Starmer?

If Starmer does take Lynch’s advice, and show some commitment towards policies that could genuinely help the lower classes, then he would have a fighting chance of beating Sunak or Truss in a national contest. When that will take place, however, remains to be seen.

There was also enough time for Mick Lynch to get onto his favourite topic in the LBC studio, when he explained to listeners that soaring PROFITS are creating huge price increases – and workers ‘cannot be blamed’ for seeking inflation-matching pay rises.

“The majority of people in this country have not hard a real-terms pay rise for years. The low-paid in this country cannot be held responsible for rising prices – they are caused by soaring profits. The big shots, like Rishi Sunak and the billionaires, are raking in money.”

“The super-rich have never been richer. The accumulation of profit is responsible for price rises. A hospital porter can’t be blamed for pushing up the price the petrol and such. Wages are chasing prices, it is NOT the other way round.”