“The truth is that our society has a deeply rooted problem of misogyny and violence against women." 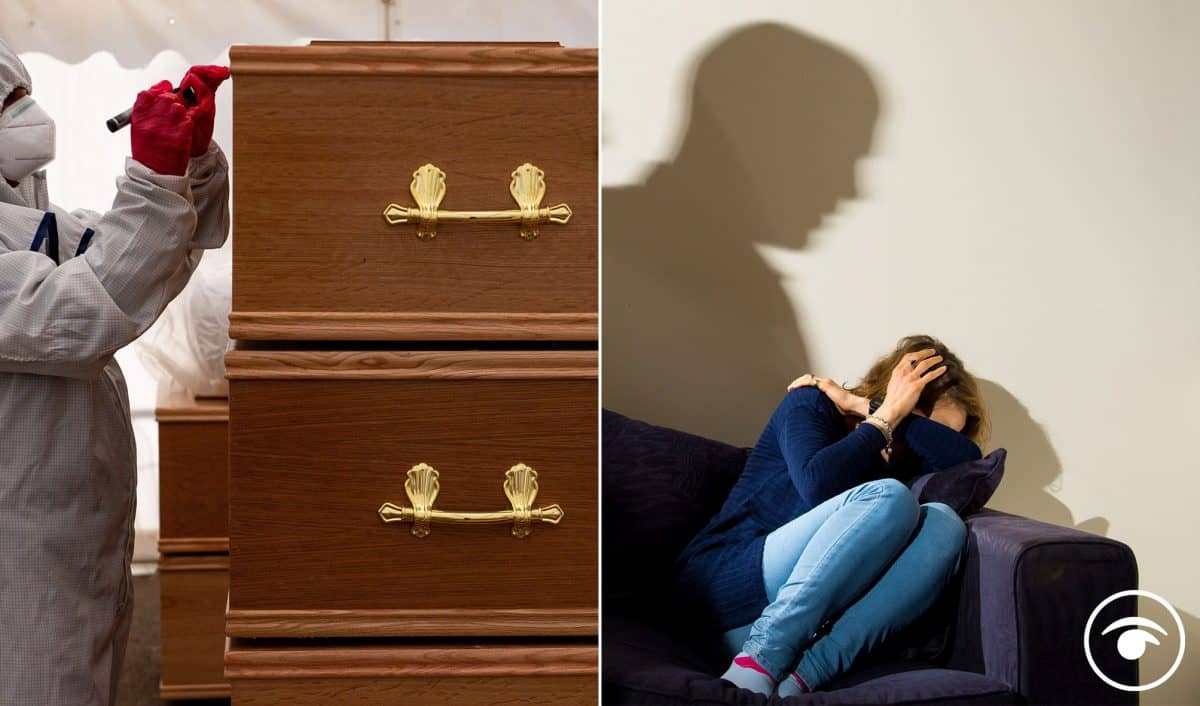 Flanagan then took his own life.

Floral tributes have been left to both women at the scenes.

Detective Chief Inspector John Caldwell described it as a “really shocking and horrific double murder of two women inside their own homes”.

“Both women were mothers and this appalling murder has left children facing a lifetime without their mums,” he said.

Ms Knell’s ex-partner Sam Lillie, who is the father of her child, has said he contacted social services and the PSNI earlier on Friday because of concerns about their young daughter.

“I had a gut feeling … all I wanted to do was raise a bit of concern about him being near my daughter because my daughter is my main priority,” he told the BBC.

He said social services would look into the matter on Monday, and told him to go to police.

“I was like, look this feeling is really making me sick, I don’t know what it is but something bad is going to happen, and I never knew it would have been this,” he said.

The PSNI confirmed they received a report but said there was no evidence of immediate concern for the child’s safety.

The Belfast health and social care trust said it could not comment at this stage due to confidentiality issues and an ongoing police investigation.

Shock and condemnation was expressed across the Assembly chamber on Monday.

“We cannot wait for another mum, daughter, wife or girlfriend to die,” she told MLAs.

Ms O’Neill said it was not good enough that Northern Ireland was only part of the UK without a specific strategy to address violence against women and girls.

“We can’t stand still on this issue while women and girls are continuing to come to harm and to do so would be a dereliction of all of our duties in public office,” she said.

“I absolutely rightly agree the Executive must take unified and determined action to tackle the critical issue of gender-based violence. It needs to be progressed in the right way as a matter of urgency.”

Justice Minister Naomi Long has pledged to table a strategy to the Stormont Executive on Thursday that would introduce measures to protect women and girls from violence.

The deputy First Minister said this is not an isolated incident.

“It’s the appalling truth of countless women and girls across our society and domestic abuse of every form is also the daily lived experience of so many women and this comes at a time whenever domestic violence levels across the north are at an absolute record high,” she said.

“I will work with the Minister (Justice Minister Naomi Long) to make sure that we get a fit for purpose strategy,” she said.

“It isn’t good enough that this part of the world is the only place that doesn’t have a strategy to tackle violence against women and girls, so let’s all political parties work together to ensure that we bring forward a strategy in the most timely manner as possible.”

“The truth is that our society has a deeply rooted problem of misogyny and violence against women,” she said.

“The brutal murders of Stacey Knell and Karen McClean on Friday brought into sharp focus the clear inadequacies of the systems that are designed to protect women.

“The SDLP tabled a motion calling for an immediate introduction of a robust strategy to address violence against women and girls. We must see legislation that makes misogyny a hate crime.”

Related: Pregnant woman had pillowcase put over head and was repeatedly punched