And the worst could be still to come. 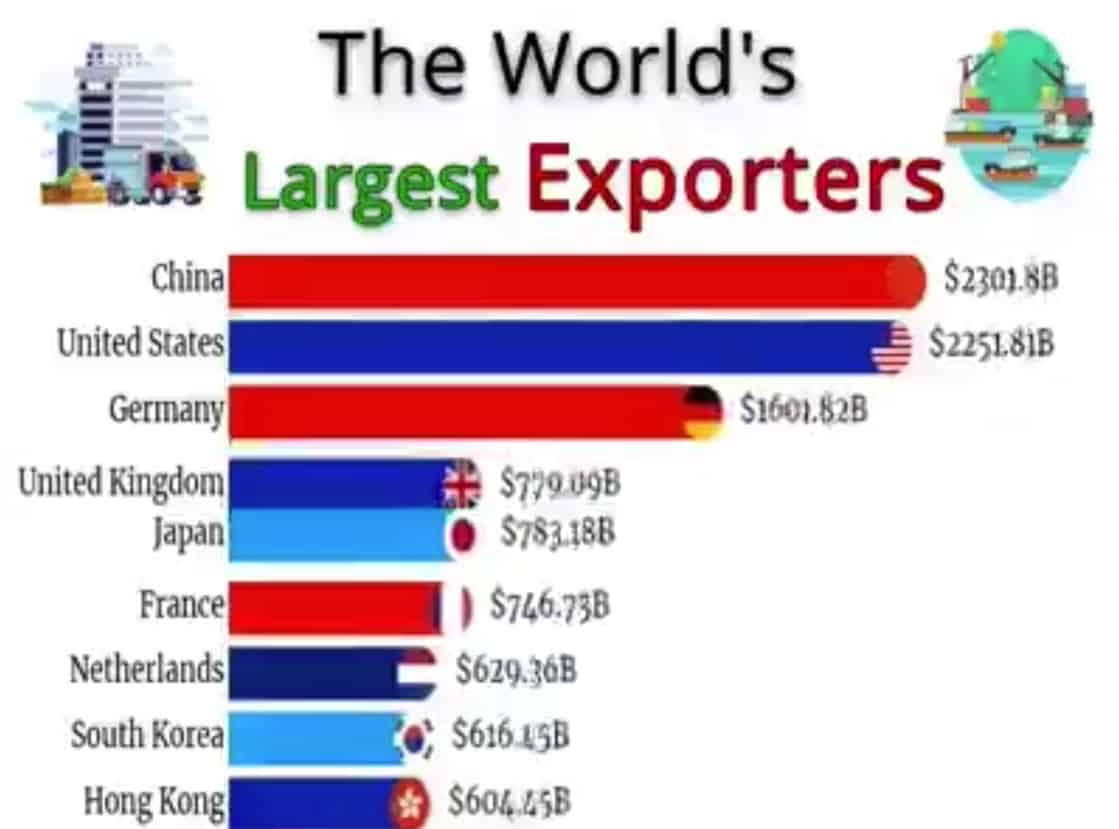 A motion graphic of the World’s largest exporters makes for tough viewing for UK citizens – particularly from the year of the Brexit vote in 2016.

A mainstay in the top five exporters over the past 34 years Britain has long been revered as an economic powerhouse, particularly in the fields of manufacturing and transport.

As of 2019 cars remained the number one exported good from the UK, but with the impending split from the European Union it is unclear how long such industries will survive.

Business groups have warned that the production of three million EU and UK-built cars and vans would be put at risk if World Trade Organisation (WTO) tariffs are introduced, leading to a combined trade loss of up to €110 billion to 2025, on top of around €100 billion in lost production value so far this year because of the coronavirus crisis.

But Britain’s exports had already started to wane in the run-up to the split. Watch the motion graphic below to see how: