"Although this is satire unfortunately it is fundamentally true," wrote one person after watching the video. 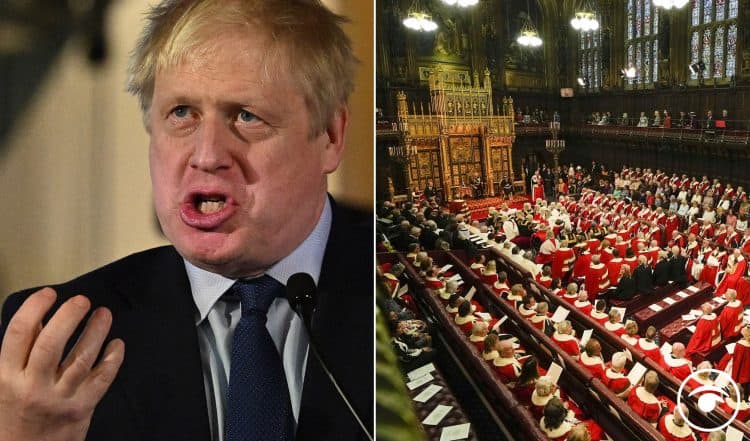 A former lord speaker has issued a further warning to Boris Johnson, amid concerns that the outgoing Prime Minister could move to swell the ranks of peers before he leaves office.

Lord McFall of Alcluith, in a letter to the two candidates competing to replace Mr Johnson as prime minister, warns that any attempt to swell the ranks of peers “undermines public confidence in our parliamentary system”.

The letter, seen by the Sunday Times, comes amid reports that Mr Johnson is planning to add further members to the House of Lords as part of a political honours list before he departs Downing Street.

Those reports, which are referenced by Lord McFall in his letter to the two candidates, has already prompted concerns among opposition parties.

Baroness Hayman joined the warnings to the prime minister on Sunday, telling the BBC’s The World This Weekend programme: “The proposal is part of a trend to trash constitutional norms. So, in that sense, I think it’s a very bad idea.

“It has all sorts of grave consequences. And I’ve actually been surprised at how much anger there is across the House, basically, to put a large number of predominantly Tory peers into the House now.

“The House of Lords has provided difficulties for the Government. No Government likes that. Most prime ministers understand that it’s actually good for democracy for that to happen.

“I’m not sure Boris Johnson understands that having a challenging House of Lords actually improves Government policy and improves legislation.”

Former PM Gordon Brown wrote a piece in The Guardian discussing his concerns.

Brown wrote: “I’ve seen a confidential document from Lynton Crosby’s lobbying firm which advises Boris Johnson to ride roughshod over every convention and standard of propriety to pack the House of Lords.”

With this troubling news in mind comedian, Matt Green has created another hilarious satire video, too close to reality maybe?

If you like his work you can support him here: