"These people are perhaps a little more scary than they are first appear," he said. 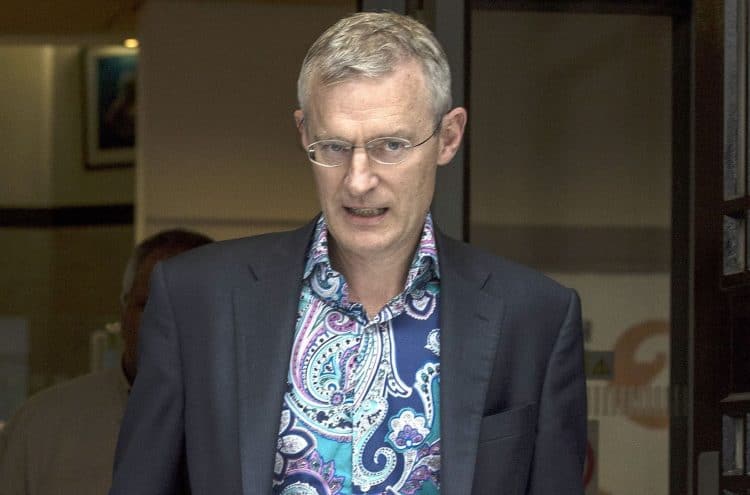 Television presenter Jeremy Vine has said he was “unnerved” after anti-vaccine protesters targeted his home.

He said in a tweet that the group tried to serve what they called an “anti-vaxx writ” while he was out, instead giving it to his wife.

The BBC and Channel 5 broadcaster said the group was “angry” at the BBC’s reporting on the issue of coronavirus vaccines.

He said: “They were polite, for which I’m grateful, but coming to my home on a Sunday?

“And I’m a little unnerved by the heavy breathing too.”

Dr Rachel Clarke tweeted: “So sorry to see you & your family subjected to this kind of intimidation @theJeremyVine. Harassment is never, ever acceptable, no matter how strongly someone is opposed to vaccines.”

He later shared a video showing a larger group of assembled protesters.

“I have only just seen this: if my wife hadn’t accepted the ‘anti-vaxx writ’ on my behalf, this group waiting near my house would then have ‘taken the whole street’.

Vine has previously said he caught coronavirus and has also spoken publicly about being given the coronavirus vaccine.

He tweeted: “I’m not at home at the moment, so these guys just served an “anti-vaxx writ” on my wife instead. They are angry at the BBC’s #CovidVaccine reporting. They were polite, for which I’m grateful, but coming to my home on a Sunday? And I’m a little unnerved by the heavy breathing too.”