A US ambassador has been caught out on a “fake news” claim about the Islamic movement in Europe. Pete Hoekstra became the US Ambassador to the Netherlands last week and has already come a cropper when interviewed by Dutch media about comments he made regarding Islam. The reporter questioned him about “no go zones” in […] 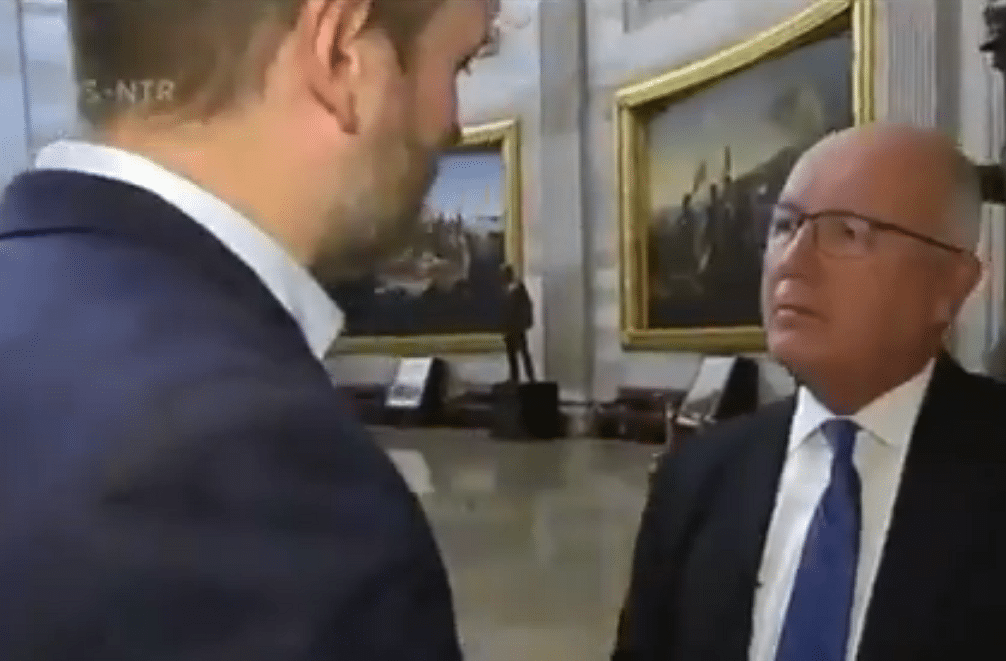 A US ambassador has been caught out on a “fake news” claim about the Islamic movement in Europe.

Pete Hoekstra became the US Ambassador to the Netherlands last week and has already come a cropper when interviewed by Dutch media about comments he made regarding Islam.

The reporter questioned him about “no go zones” in the Netherlands and the claim that “cars are being burnt”.

Hoekstra described the claims as “fake news”, but the evidence that follows seems to show to the contrary.

Just perfect.
Dutch journalist to new US Ambassador: you said there were ‘no go zones’ in Netherlands, where are they?
Ambassador: That’s fake news, I didn’t say that
Journalist: We can show you that clip now.
Ambassador: Err ?? pic.twitter.com/8ohIOzmYAc

Hoekstra has frequently courted controversy in his time in politics.

In a television ad that ran statewide during the 2012 Super Bowl, the Republican used a Chinese woman to highlight the US’ spending problem, with the woman thanking “Michigan Senator Debbie Spenditnow”, in broken English, implying Stabenow has earned China’s gratitude for making the U.S. economy “very weak” while China’s “get very good”.