He was demanding passengers be allowed to travel with him in his first class carriage.

by Joe Mellor
in Entertainment, News 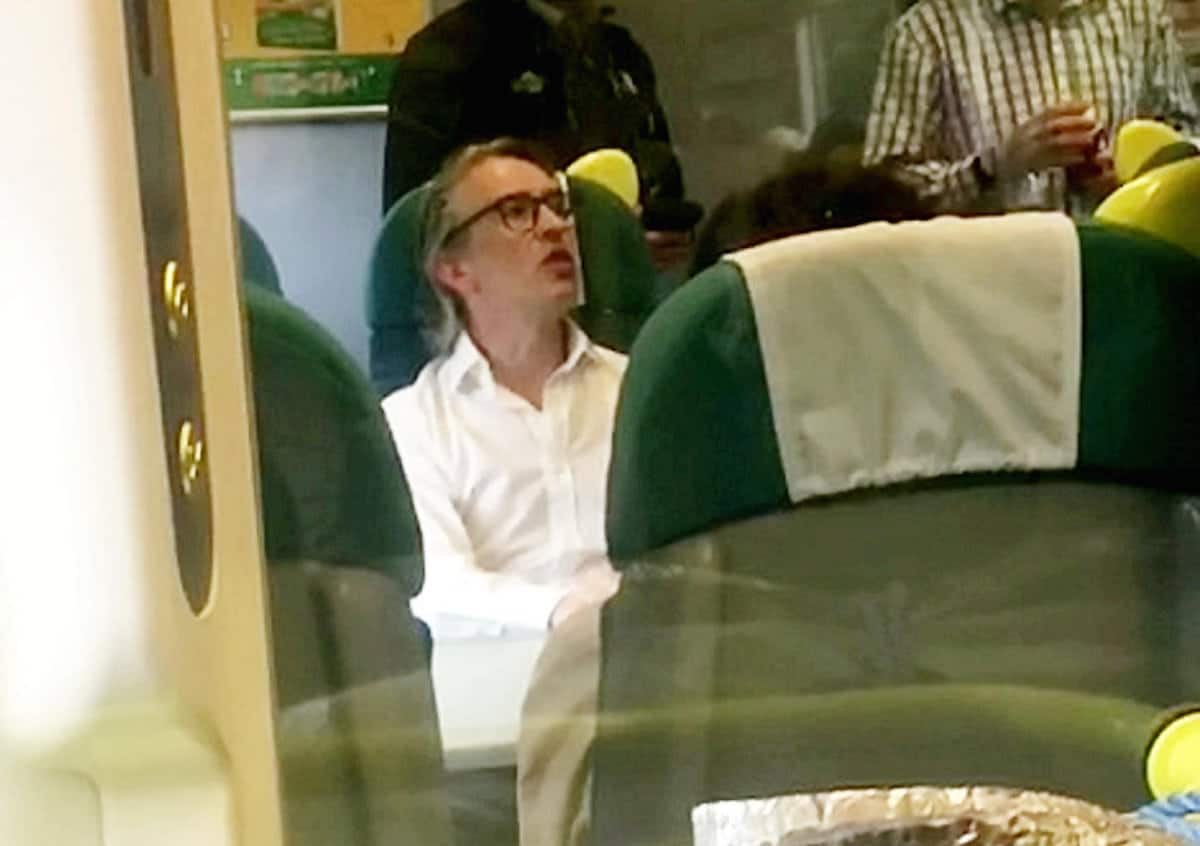 This is the moment Steve Coogan stood up for commuters on a packed Southern Rail train – demanding passengers be allowed to travel with him in his first class carriage.

The Alan Partridge star, 52, was filmed exchanging words with a ticket inspector who told passengers they could not stand in the carriage without first class tickets.

“He was being very chivalrous defending the other passengers. There was one woman who was being told to leave even though she had a lot of luggage and wanted to stay with her bags.

“The train was ridiculously overcrowded with people packed into the aisles and a few passengers had wandered into the first class carriage simply to find a seat or somewhere a little bit more comfortable to stand.”

Sadly the comedian’s efforts came to nothing as the commuters were ushered out of the first class carriage on the overcrowded 8.46 train from Lewes, Sussex, to London Victoria this morning.

The onlooker added: “The outcome was that the passengers were forced to leave anyway.

It is difficult to hear what Coogan is saying but can be heard telling the guard he is ‘not being pragmatic’.