It is “impossible to talk to somebody when they’ve got that level of God complex," he said. 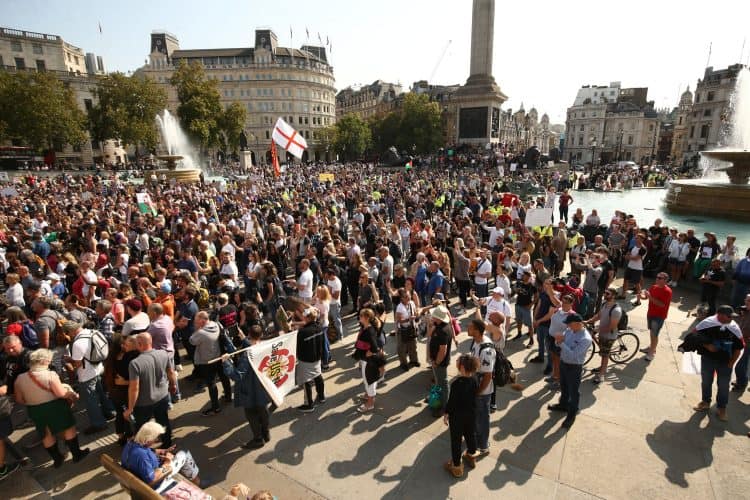 Sebastian Shemirani, the son of former nurse turned conspiracy theorist Kate Shemirani, believes that his mother is now “beyond help.”

His mum sparked widespread condemnation after she appeared at an anti-lockdown and anti-vaccination protest in Trafalgar Square on Saturday.

During her speech she compared NHS nurses and doctors distributing the Covid-19 vaccines to Nazis criminals who were executed after WWII, after the Nuremberg trials.

Footage saw her say: “At the Nuremberg trials, the doctors and nurses stood trial and they hung.” Her appalling remarks were greeted by cheers and applause at those who attended the so-called ‘debate.’

Did Kate Shemirani just threaten our doctors with the noose?

And check David Kurten watching on to the left of stage…. pic.twitter.com/v5VbOfpPjR