"We are one of the most developed countries in the world — why are we still in a position where we’ve got pretty poor water quality compared to the rest of Europe?” 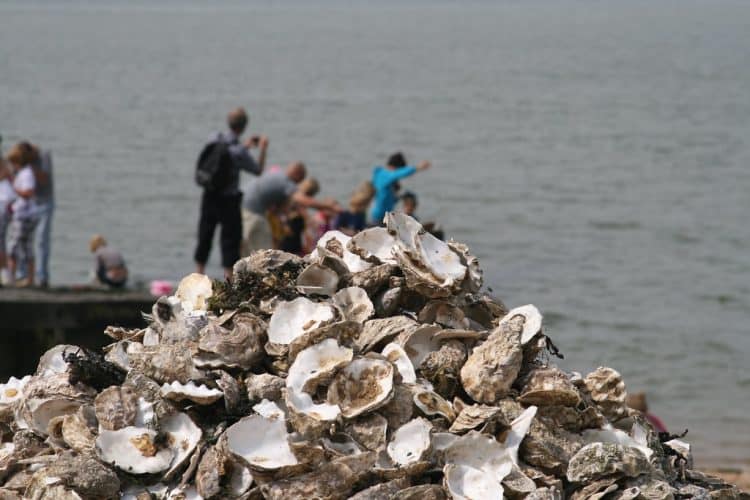 Diners atWhitstable’s oyster festival could have been poisoned by untreated sewage earlier this year, it has emerged as MPs were forced into a dramatic U-turn on the Environment Bill.

The celebrated festival was cut short during the summer amid concerns that pollution had leaked into the waterways.

Customers reported norovirus food-poisoning symptoms at the end of June after foul water discharges were reported for more than five hours on June 16, three hours on July 27 and eight hours on June 22.

James Green, director of the Whitstable Oyster Fishery Company which was established in 1793, warned that the harvesting of shellfish could halt if the sea water was not clean.

“If the water quality isn’t good enough to grow the shellfish, ultimately that’s the end of the business,” he told The Daily Telegraph.

“If people’s perception of the water quality is that it’s not good enough to eat shellfish, that’s the end for the business as well, to be honest.

“We are one of the most developed countries in the world — why are we still in a position where we’ve got pretty poor water quality compared to the rest of Europe?”

It was announced today that the Government has climbed down over refusing to implement legal controls on water companies to prevent them from dumping raw sewage into rivers and seas following a voter backlash.

Labour has accused ministers of conducting a U-turn in the face of public anger after Conservative MPs were last week whipped to vote down an amendment to the Environment Bill that would have placed legal obligations on water companies to stop polluting England’s waterways during heavy rainfall.

But, despite ordering MPs to defeat the proposal, the Department for Environment, Food and Rural Affairs (Defra) on Tuesday said the bill would be “further strengthened” as it looks to put in place a “duty enshrined in law” to ensure water companies “secure a progressive reduction in the adverse impacts of discharges from storm overflows”.

The department said the amendment that would be brought forward in the Commons during the next stage of the Bill would be “very similar to amendment 45”, which peers were debating in the House of Lords on Tuesday – a vote the Government lost, as had been widely expected.

The Lords backed, by a majority of 153, a move to place a new legal duty on water companies to “take all reasonable steps” to prevent sewage discharges, a result that allows the Environment Bill to be sent back to the Commons where the Government will table its own amendment.

Defra’s climbdown comes only hours after Downing Street had defended the decision to whip against last week’s amendment.

The Prime Minister’s official spokesman said it was “not right to sign a blank cheque on behalf of customers” after the Government put the cost of delivering on the terms of the Commons amendment at more than £150 billion.

But Environment Secretary George Eustice has admitted that the Government’s proposed change to the Environment Bill will still result in rising household water bills.

In comments to broadcasters, Mr Eustice signalled that the water sector would have five years to show progress on the matter, but that bills would have to increase to fund infrastructure improvements.