"You can’t hear me, can you? That is sensational," Nick Ferrari said. 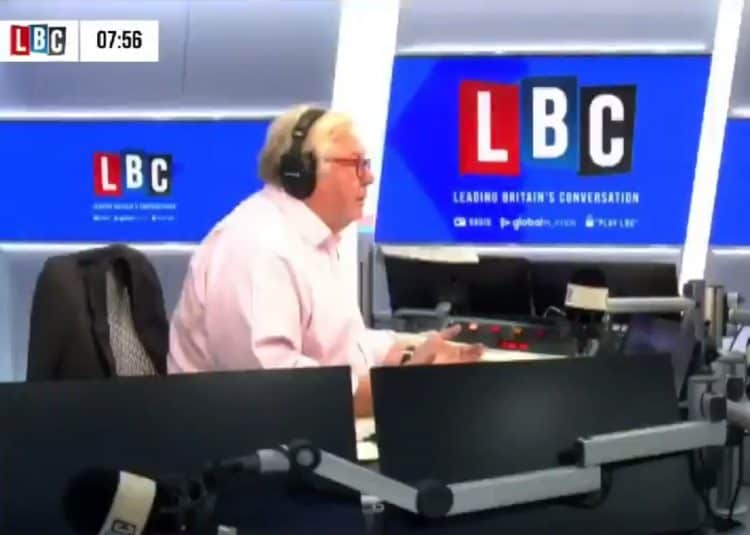 A minister suffered connection problems during a radio interview to announce the Government’s advances in providing gigabit-capable broadband.

Department for Digital, Culture, Media and Sport minister Matt Warman’s line failed shortly after he spoke about the “huge progress” in rolling out the technology across the UK.

The unfortunately timed technical hitch prompted LBC’s Nick Ferrari to remark: “This is handy as you’re the broadband minister. You can’t hear me, can you? That is sensational and the picture’s frozen.

“So there we go, we’ve got the Government banging on about however many billion pounds’ worth it is of… gigabit and he can’t take the question.

“You can’t hear me but I’ll be polite, Matt Warman, minister for digital, culture, media and sport, talking about the progress of broadband and the line collapses, but thank you for your time.”

Earlier in the exchange, Mr Warman said the proportion of people accessing gigabit-capable broadband has risen from 9 per cent to 70 per cent in the last three years.

He said: “That is huge progress at a pace that was way above what we were hoping for when we set those targets in 2019, so really good news, but of course there are still 30 per cent of people that we are working as fast as we possibly can to get to – and that pace shows that we’re going to get to them as quickly as we possibly can.”

Asked if the whole of the UK was connected, he replied: “Well, in some form, all bar the most remote properties are connected to broadband of some sort and satellite can mop up the rest, but there is a lot of work to do.

“I’m not pretending anything else, but as I say, the pace that’s got us to where we are today is a huge sign of intent and the things that are to come… The vast majority of the… progress that we’re announcing today is coming from the private sector.”