The “unimaginable tragedy in Ukraine moved me to respond in the most significant way I could,” he wrote on social media. 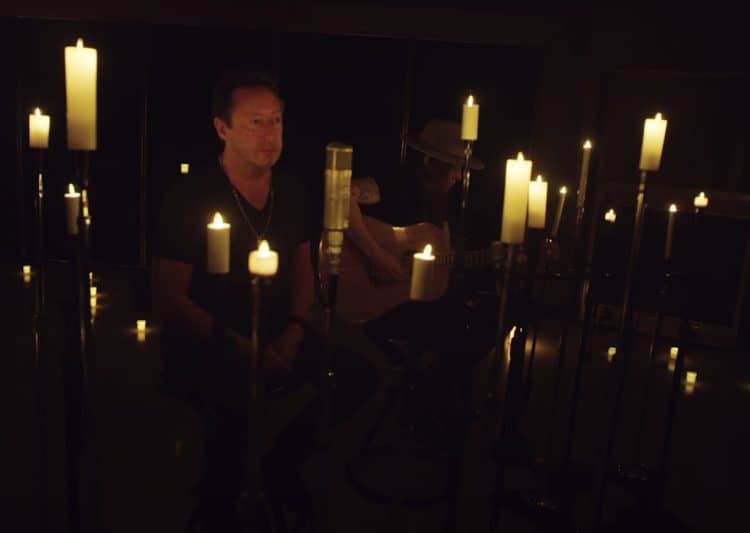 He performed the track – a plea for peace – as part of Global Citizen’s social media rally, Stand Up For Ukraine.

But he said that the “unimaginable tragedy” in Ukraine had moved him to respond in the “most significant way I could”, he wrote on YouTube. “So today, for the first time ever, I publicly performed my Dad’s song, Imagine.”

‘Light at the end of the tunnel’

Lennon wrote: “I had always said that the only time I would ever consider singing Imagine would be if it was the ‘End of the World’.

“Because within this song, we’re transported to a space, where love and togetherness become our reality, if but for a moment in time.

“The song reflects the light at the end of the tunnel that we are all hoping for.”

He added: “As a result of the ongoing murderous violence, millions of innocent families, have been forced to leave the comfort of their homes, to seek asylum elsewhere.”

A number of celebrities featured in the online rally – including Bruce Springsteen, Elton John nd Madonna. More than $10 billion was pledged to help Ukrainians.

Watch the moving performance below.