Watch: ‘I remember filming this episode of The Thick of It,’ comedy star lampoons Tory MP

James Felton tweeted: "Imagine trying to go for a quick train poo and suddenly there’s an Andrea Jenkins backing Boris outside the door." 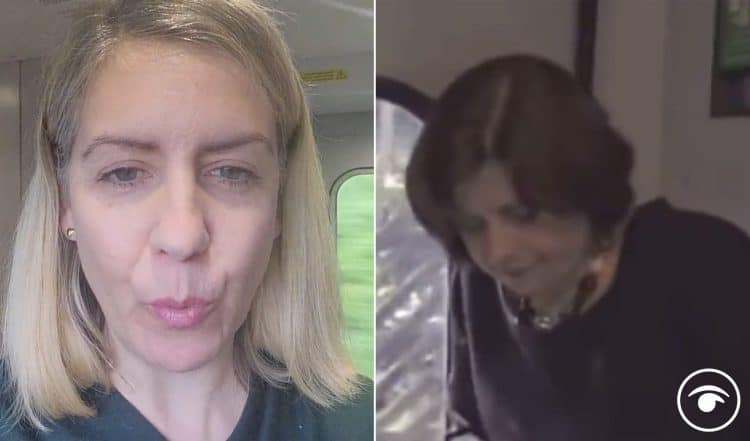 As the PM faces a no confidence vote, some people have turned against him and some have publically backed him.

The secret ballot is due to take place this evening and it is likely to be close.

Well, one MP who didn’t want to miss her chance to praise the PM was Andrea Jenkyns.

She filmed a video message from a vestibule area of a train.

She wrote: “PM has had to deal with the greatest challenges of any peace time leader. He delivered Brexit; led us through the pandemic/a global leading vaccination programme & is leading support for Ukraine.I am backing @BorisJohnson to get on with the job he was democratically elected to do.”

Rebecca Front who played Nicola Murray in the Thick of it noticed similarities with a famous scene filmed on a train in the hit comedy show.

Front tweeted: “I remember filming this episode of The Thick of It…”

Here is a little bit of the clip in case you haven’t seen it.

James Felton tweeted: “Imagine trying to go for a quick train poo and suddenly there’s an Andrea Jenkins backing Boris outside the door.”

Comedian Rosie Holt filmed a parody of a Tory MP supporting the PM, spot the difference, if you can?!

Related: Johnson’s photoshoot on day he is trying to save skin echos Raab’s desperate pic