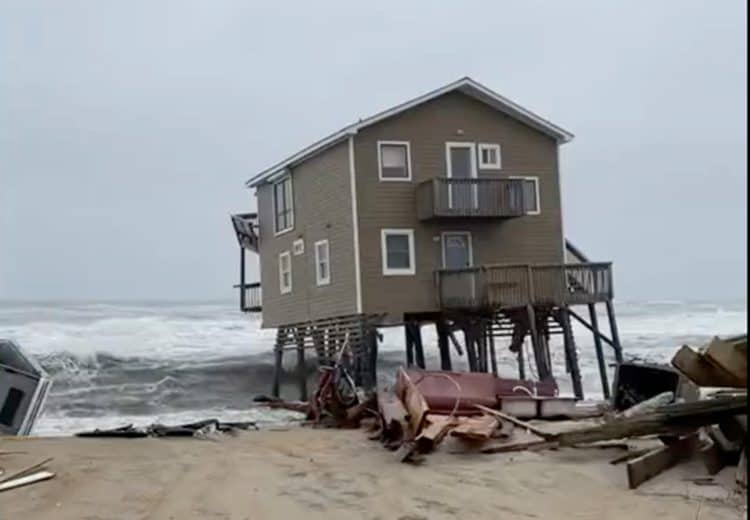 Footage of a house collapsing and drifting away into the Atlantic Ocean has emerged following a period of inclement weather.

The home, in Rodanthe in North Carolina, is one of two properties to have collapsed into the sea in recent weeks, with further collapses looking likely.

“Unfortunately, there may be more houses that collapse onto Seashore beaches in the near future,” David Hallac, a National Parks of Eastern North Carolina superintendent said.

“We proactively reached out to homeowners along Ocean Drive in Rodanthe after the first house collapse and recommended that actions be taken to prevent collapse and impacts to Cape Hatteras National Seashore.”

A local photographer, Jenni Koontz of Epic Shutter Photography, says she has been documenting the first house for a few months.

Speaking to News 3, she said: “It’s just a really overwhelming and dramatic situation. But it does come with living here on the sandbar. You know, it’s shifting sand, and it’s bound to happen. So, it’s not really shocking that it’s happening, but it is shocking to watch.

“There’s a lot of swell and wind, and it’s gotten higher each day of this Nor’easter,” Koontz explained. “So, it’ll be interesting to see if only two houses fall in or if there’s more.”