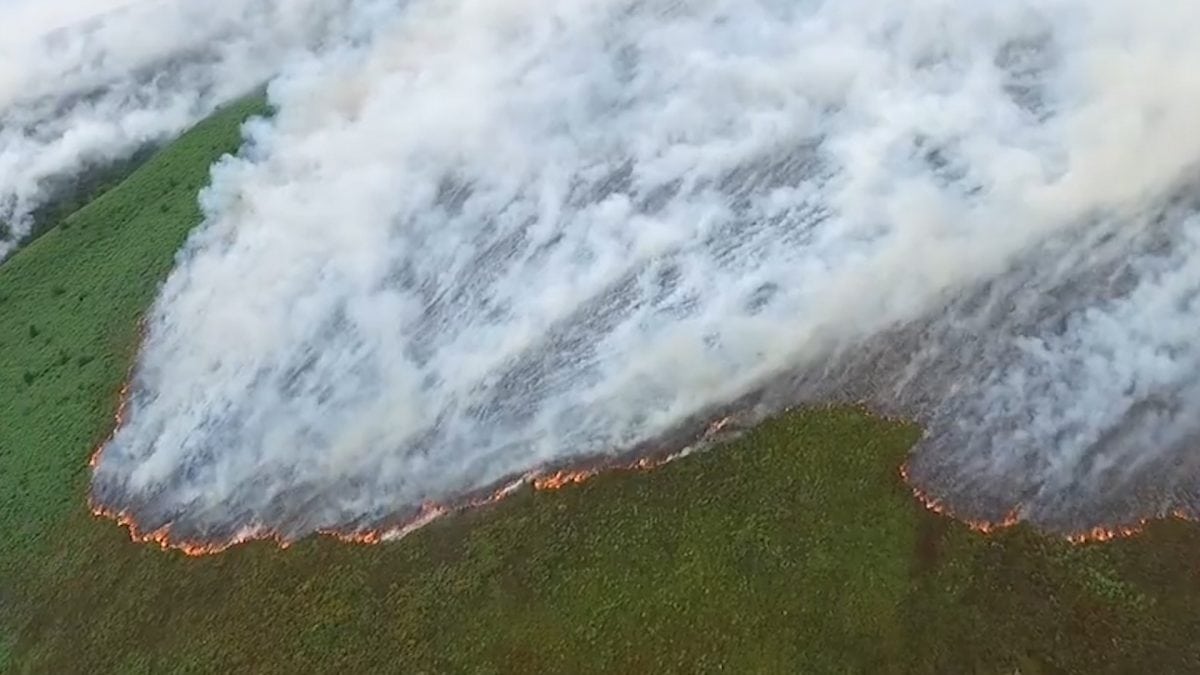 This dramatic drone footage shows an entire mountainside being engulfed in a raging wildfire.

More than 60 of firefighters have been battling the series of blazes at Llangollen, North Wales, for three weeks.

North Wales Fire and Rescue Service have been working around the clock to put out the flames after the wildfire started on July 19.

A spokesperson said: “We still have two appliances there, as well as the incident command unit and the environmental protection unit, and the crews are damping down and dealing with hotspots.

“The area affected is about ten square kilometres. The future challenges are primarily associated with monitoring the site to ensure that any hotspots do not flare up again.

“The hotspots involve peat burning deep underground which is difficult to see.

“They make the ground quite hot and can easily flare up in the wind picks up.”