"Capitalism is incapable of solving the problems it has created." 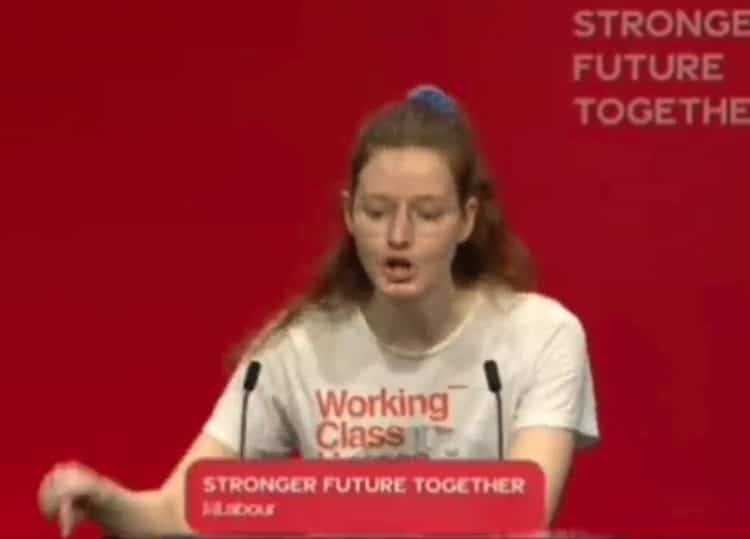 An extra £28 billion would be spent each year on helping Britain tackle the climate change crisis under a Labour government, the shadow chancellor has pledged, but it wasn’t her speech that got the party faithful on their feet and cheering.

Rachel Reeves said she wanted to become Britain’s “first green chancellor” as she outlined proposals for a massive investment in shifting the country to greener technology.

Ms Reeves explained the money would be for capital projects and run until the end of the decade.

In a speech laden with soundbites aimed at boosting Labour’s economic credibility, Ms Reeves also said the party would set up a team to go through “every line of every failed contract where value was not delivered” during the Covid-19 pandemic.

Speaking in Brighton, Ms Reeves told delegates: “I will invest in good jobs in the green industries of the future; giga-factories to build batteries for electric vehicles; a thriving hydrogen industry; offshore wind with turbines made in Britain; planting trees and building flood defences; keeping homes warm and getting energy bills down; good new jobs in communities throughout Britain.

“In other words: protecting and strengthening our everyday economy. And to make this a reality, to unlock that potential, and protect our planet for future generations.”

She added: “I can announce today Labour’s climate investment pledge, an additional £28 billion of capital investment in our country’s green transition for each and every year of this decade.

Labour for a Green New Deal shared this video and wrote: “Here’s the absolutely incredible speech by Hannah from Edinburgh Central to second our motion.

“Capitalism is the root cause of the climate crisis. Any solutions must be explicitly socialist and create good green jobs for all and enshrine international climate justice.”

In the speech she said, among other things, “Capitalism is incapable of solving the problems its created, left to their own devices bosses will continue to extract profits, exploit workers, lobby governments to hold change, to argue that our demands are radical, unreasonable, unworkable.

“Do not believe corporations when they say that individual lifestyle changes are good enough, even with global lock downs emissions in 2020 were only 7% less than 2019.

“Only structural systemic change can save workers here and those in the global south and climate refugees will be disproportionately affected.

“We must cancel the debt of low income countries so that they can fund their own just transitions.”