“It’s absolutely traumatising, devastating. We’re absolutely worried, we don’t know what to do." 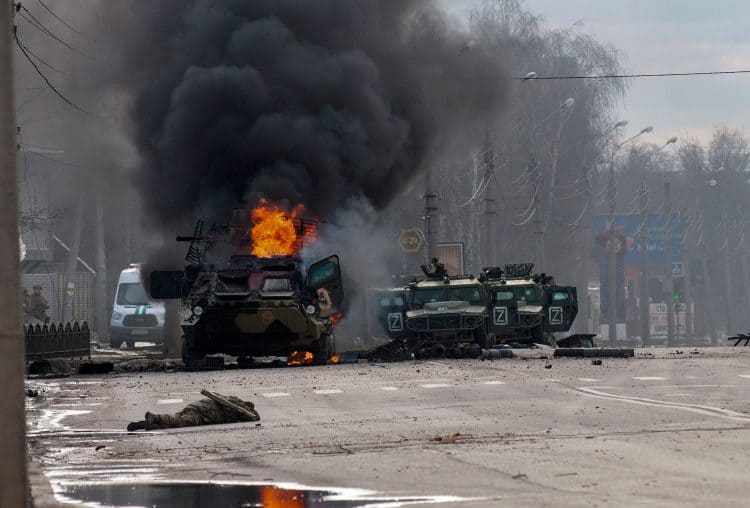 Fresh measures to help Ukrainian refugees fleeing the Russian invasion are likely to be introduced, the Defence Secretary has hinted, as the UK Government came under pressure to act.

Ben Wallace said on Monday that the move to allow immediate family members to join Ukrainians settled in the UK is only a “first step” as Vladimir Putin’s assault continued.

Mr Wallace dismissed the Russian president putting his nuclear forces on heightened alert as being a part of the Kremlin’s “battle of rhetoric” rather than a real threat.

Mr Wallace said he does not doubt the UK will go further to match the “very generous” schemes that have helped in other conflicts.

“I think what I would say is, you know, our track record so far, both with Afghans and (the) Arap (Afghan Relocations and Assistance Policy) scheme, and indeed with the Hong Kong nationals who were suffering persecution, has been actually very generous,” he told BBC Radio 4’s Today programme.

“So there’s no reason to doubt we won’t continue on that path.”

It comes as a British couple stuck in Kyiv, with newborn twins, said the British embassy has issued emergency travel documents, but they have no way of getting to the western city of Lviv to pick them up.

Mrs Parmar told BBC Radio 5 Live on Friday: “Things are not good, we can hear explosions going off.

“We’re absolutely worried, we don’t know what to do. We can’t go anywhere, we’re just stranded and stuck in Kyiv.”

The family are in an apartment but have to seek shelter in a bunker when sirens go off.

Mrs Parmar said it had gone from what should have been the happiest moment in their lives to “an absolute living nightmare”.

She said: “We thought we would come here, see our newborns being born and have the best moments of our lives – 13 years we’ve been waiting for this moment.

“And now we’re just living this absolute nightmare and we just want to get out.”

The couple said the British embassy has issued emergency travel documents, but they have no way of getting to the western city of Lviv to pick them up.

This morning they appeared on Good Morning Britain, to again plead for more help from the British Embassy.

“You would think they could send the emergency travel documents electronically,” they told the morning show.

Related: President Zelenskyy does Paddington voiceover, won Dancing with Stars but one role will blow your mind – reactions