Unemployed Harry Leigh, 19, wrote up a hit list of people he wanted to kill which included some of the young girls aged 12 to 15 he had abused. 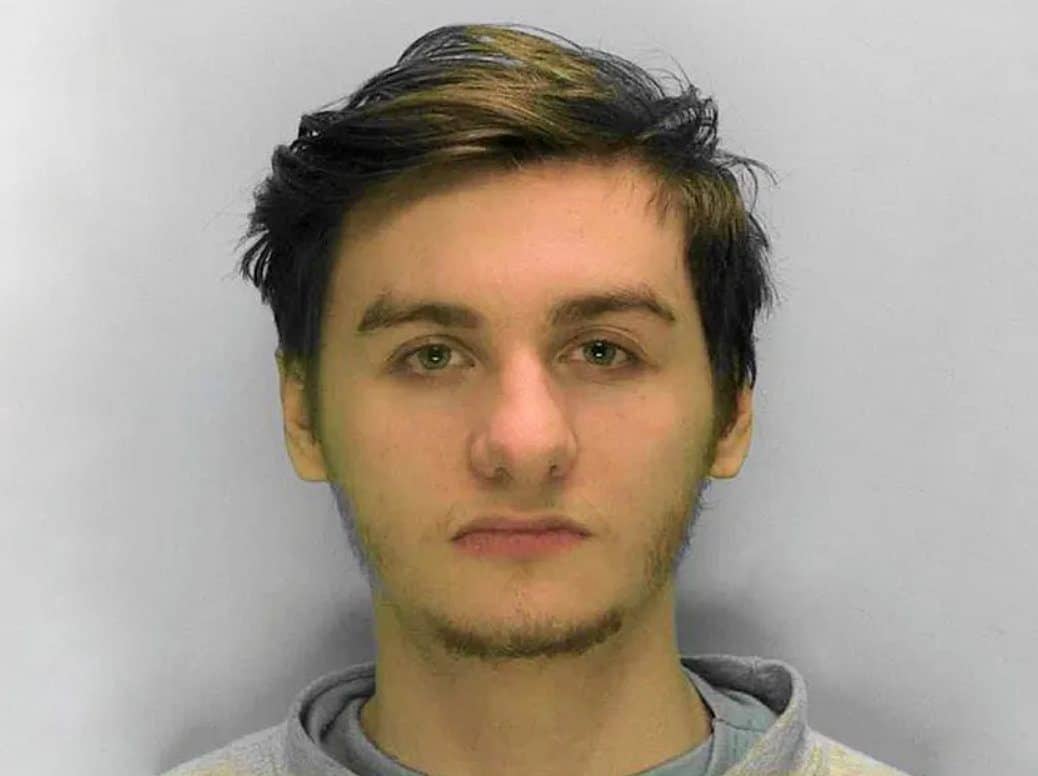 A “dangerous” teenage sexual predator who preyed on young girls and wanted to be a serial killer has been jailed.

Baby-faced Harry Leigh, 19, wrote up a hit list of people he wanted to kill which included some of the young girls aged 12 to 15 he had abused.

Leigh had raped a girl aged 15 and while released under investigation for the rape and having the most serious kind of indecent images of children on his phone in August 2017 a young girl came forward six months later.

She said Leigh had messaged her saying he wanted to be a serial killer and tweeted about wanting to kill people.

When police raided his Hasting’s home they found a hit list of the people he knew who he wanted to kill.

During the renewed investigation detectives found over the previous five years when aged 13 to 17 Leigh had carried out a string of sexual offences against seven other young girls.

The unemployed teen had sent indecent images and videos of himself performing sex acts to seven girls aged 12 to 15.

He also incited four girls aged between 13 and 15 to send him similar pictures and videos back.

“Most of the victims were then included in his list of people he supposedly wanted to kill.

“In February 2018 we received a report from a local girl that Leigh had messaged her stating that he wanted to be a serial killer and had posted some concerning tweets on twitter about wanting to kill people.

“Leigh had already been arrested, interviewed, and released under investigation for the rape of the 15-year-old girl following a report we received in August 2017.

“Indecent images had also been found on his mobile phone.

“When we received the report in February he was immediately re-arrested for threats to kill, charged with this offence on the authority of the CPS and remanded in custody at court.

“When his home was searched a document was found which included a list of people he supposedly wanted to kill.

“As a result we contacted everyone named in the document, all local people who Leigh knew, and advised them of this information, giving them re-assurance and security advice.

“From talking to those mentioned on the list, and others, further evidence emerged that Leigh had carried out a series of sexual offences against young girls he knew over the previous five years.

“Leigh would have been aged between 13 and 17 when committing these offences.

“Following the gathering and review of the evidence against Leigh charges were authorised by the CPS.

“The evidence did not support the continuation of the charge of threats to kill but he was charged with the two rapes, the other sexual offences and blackmail.

“This was a complex investigation in which a large number of victims were identified.

“We are very grateful to the person who made us aware of the list as this information allowed us to take positive action to identify and safeguard as a precaution those he listed.”

Superintendent Emma Brice said; “Throughout this investigation we worked closely with our local authority and health partners to ensure that all necessary safeguarding steps were taken to understand what had happened with Harry and to reassure and support those involved.

“Harry Leigh is clearly a dangerous young man. We believe the sentence reflects this and helps to ensure that the public remain safe.”

Leigh was sentenced to a total of 14 years – eight year behind bars and for the other six years he will be on extended prison release licence.

He was also placed on the sex offender register for life and was given a 15 year Sexual Harm Prevention Order (SHPO) severely restricting his access to computers and to children under 16.

He had been convicted at Hove Crown Court of one count of rape of a 15-year-old girl at an address in Hastings in August 2017 but found not guilty of a second rape on the same girl.

He also admitted three counts of making indecent images of children in January 2018, including images at Category A, the most serious category.

A charge of possessing a kitchen knife, was discontinued during the trial.