The Australian, 47, was rumoured to face being thrown out of the embassy he has called home for the last seven years in posh Knightsbridge, west London 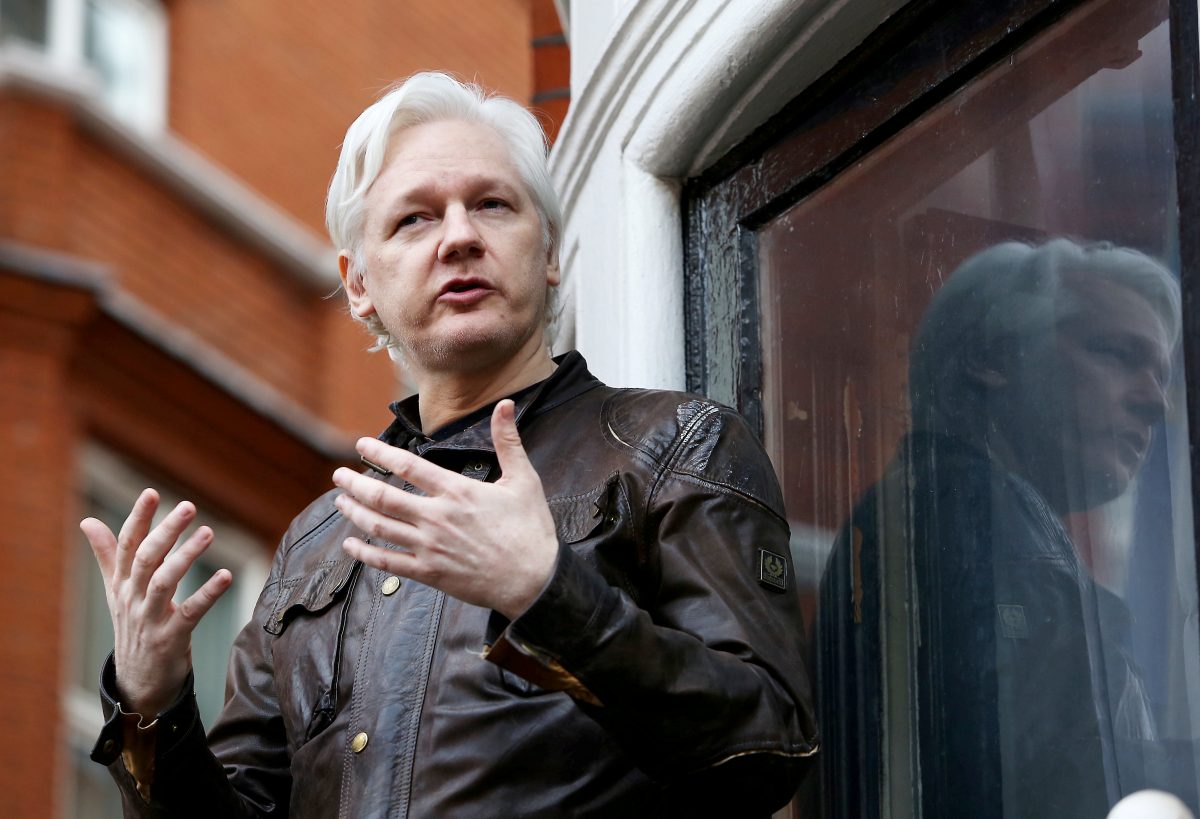 Julian Assange remains holed up inside the Ecuadorean Embassy today despite claims made in a Wikileaks tweet last night that he was to be turfed out.

The bail skipping Australian, 47, was rumoured to face being forced out of the embassy he has called home for the last seven years in posh Knightsbridge, west London.

While the world’s press has gathered outside the five-storey red brick to catch a glimpse of the Wikileaks founder, no other information has been forthcoming about his alleged eviction.

Camera crews, photographers and reporters have lined the street opposite the embassy since the early hours of this morning.

There is no police cordon and no officers have been placed around the building.

Several patrols have driven past in the last few hours – including an unmarked car with armed police and a police van with uniformed officers inside.

At around 9.30am, the Wikileaks lorry bearing Assange’s face parked in a diplomatic parking space outside the embassy for around twenty minutes.

But the lorry was moved on by armed police who claimed they had received a complaint from the embassy about the use of the space.

And just after 11.30am supporters of Assange returned to attach banners and flags to the embassy’s railings.

One said: “1984 is so yesterday. For our kids, for our future, for your freedom, free Julian Assange.”

A large banner attached to a lamp post directly opposite the front door said: “The truth will set you free. Free Julian Assange.”

One supporter has been handing out leaflets containing information on the Australian publisher who first hit the headlines in 2010.

It is believed some fans camped outside the embassy in seven tents this morning but the encampment was no longer present just after 7am.

A tweet on WikiLeaks said last night: “A high level source within the Ecuadorian state has told WikiLeaks that Julian Assange will be expelled within ‘hours to days’ using the INAPapers offshore scandal as a pretext – and that it already has an agreement with the UK for his arrest.”

BREAKING: A high level source within the Ecuadorian state has told @WikiLeaks that Julian Assange will be expelled within "hours to days" using the #INAPapers offshore scandal as a pretext–and that it already has an agreement with the UK for his arrest.https://t.co/adnJph79wq