"Whenever I think of bravery, she will be who I see." 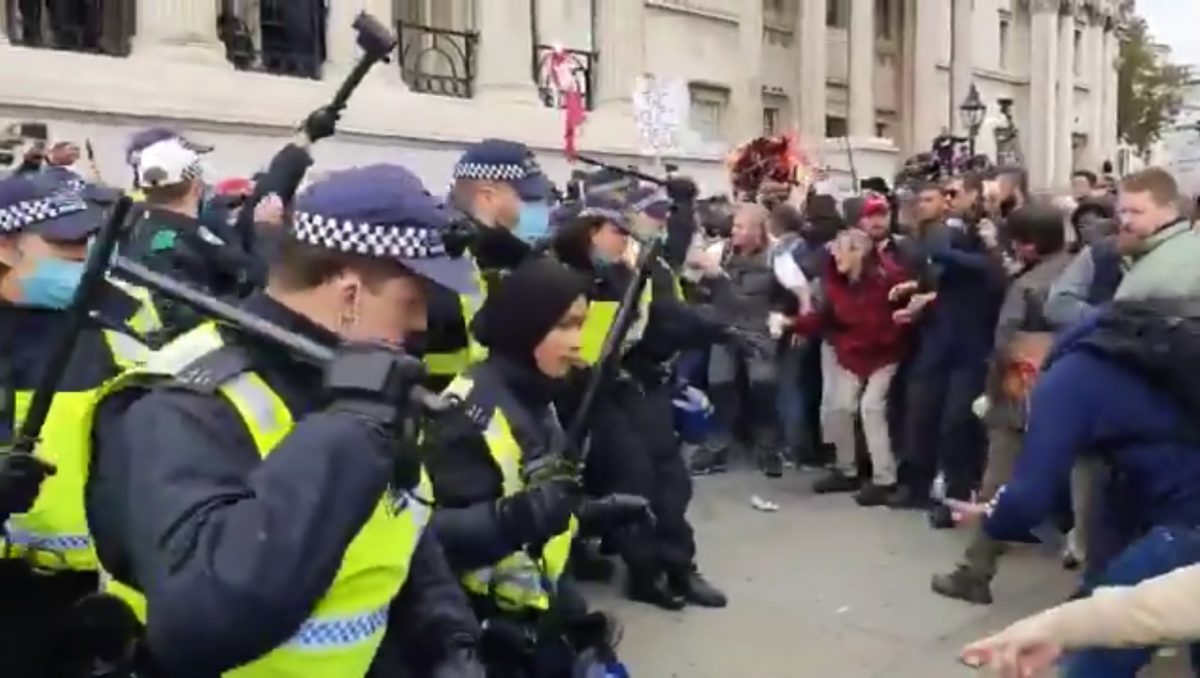 Footage of a petite female Muslim police officer leading the Met’s line at an anti-lockdown demonstration has gone viral, with some people describing her as a hero.

At least ten people were arrested and four officers injured following clashes in central London at the weekend.

Thousands of people massed in Trafalgar Square carrying a variety of signs, flags and placards to take part in a “we do not consent” rally – with none appearing to wear face coverings or to social distance.

But officers clashed with protesters when police tried to shut the event down because crowds were not complying with social-distancing rules.

Ten people have been arrested following demonstrations in Trafalgar Square, which moved to Hyde Park.

Sadly, four of our officers have been injured, two require hospital treatment.

We continue to urge crowds to disperse. This protest is no longer exempt from the regulations.