Terrifying video footage shows a mother and child trapped on the second floor of a burning building near the Champs-Elysées, Paris 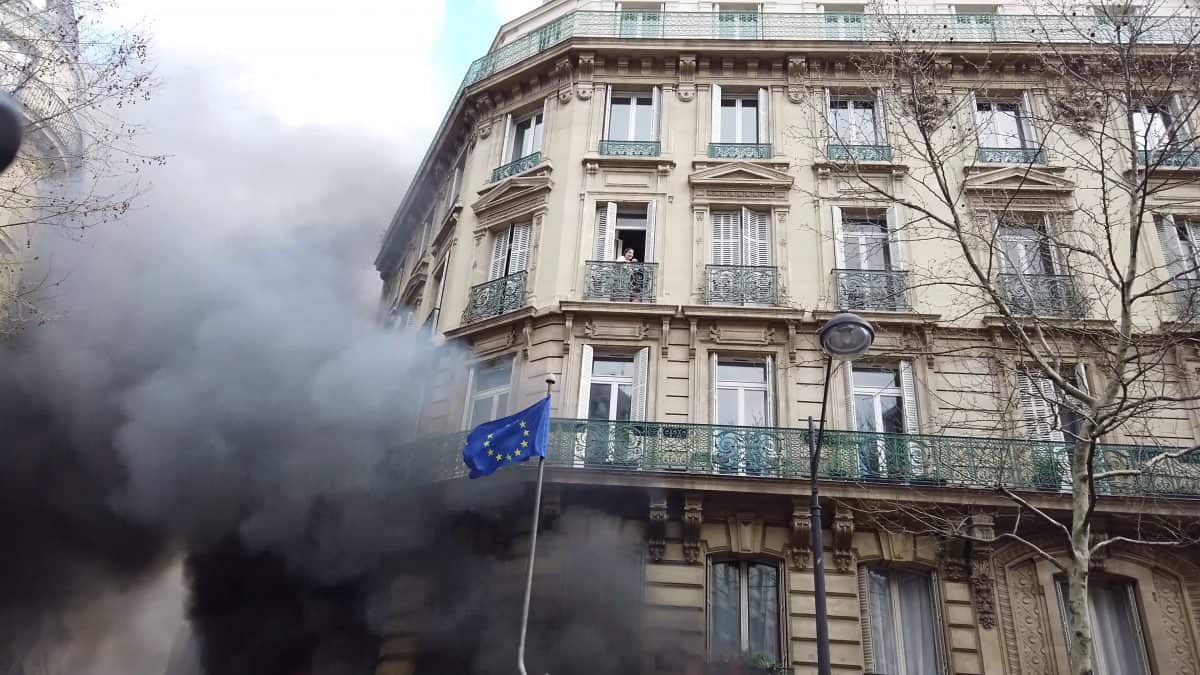 This is the horrific moment a mum holding her young baby screamed from a second floor window of a burning building set alight by ‘yellow vest’ protesters in Paris.

Local sources said the protesters – known as the gilets jaunes – targeted the banking agency Banque Tarneaud, which was directly beneath the trapped woman’s home.

A shocking video shows her screaming for help as the flames lick up the building, near the Champs-Elysées, Paris, on Saturday (March 16).

Panicked bystanders can be seen pleading with the petrified woman and her nine-month-old baby to try to make an escape.

Armed police and fire fighters can be seen desperately trying to rescue her.

The woman, a mum-of-four, is understood to have been rescued to safety by the emergency services.

The building was targeted during the latest anti-government riot to have hit Paris.

Armed police have clashed with the yellow vests, who first began violent demonstrations four months ago.

The video, which shows a scene of total destruction, was filmed by a journalist at Paris’ Line Press network.