By Joe Mellor, Deputy Editor Dr. Tom Micklewright spoke at the Chester TUC May day rally. His speech answered two questions he needed to answer, after a nasty incident with disgruntled passer-by. Tom said that a doctor he knows was spat at while on a picket and was told that “nobody cares, you should be […] 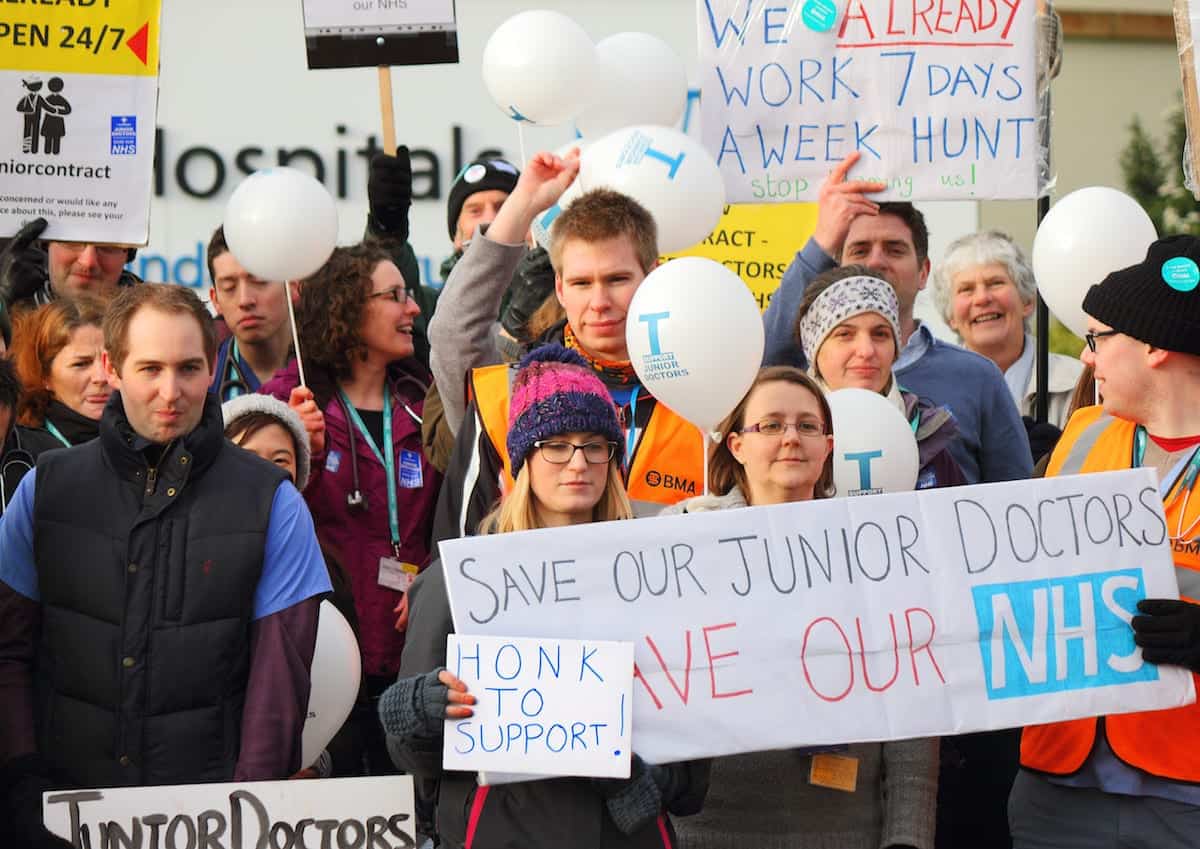 Dr. Tom Micklewright spoke at the Chester TUC May day rally. His speech answered two questions he needed to answer, after a nasty incident with disgruntled passer-by.

Tom said that a doctor he knows was spat at while on a picket and was told that “nobody cares, you should be ashamed.”

The Doctor went on to explain why should you care? And why he shouldn’t be ashamed of striking?

He asked the crowd: “Who has tried to get a GP appointment without a two week plus wait?” Mr Micklewright himself had recently received eight desperate texts asking him to cover A & E shifts.

He continued: “Over stretched skeleton staff have become the norm. We are being misled about more investment.

“We can barely look after people, and the government is fixated with routine care over seven days. We simply don’t have the resources to cover it.”

Instead Tom said what will happen is: “Waiting times will sky rocket, we will have even more demoralised and exhausted surgeons and the government will continue to show disrespect for public sectors workers across the board.”

He then asked should he be ashamed of striking? Tom said: “I will not stand aside and watch NHS face extinction by a government who doesn’t understand it.

“Ask yourself today, do you have the faith to fight for the NHS, if so stand by your junior doctors.”