The 30-year-old victim smashed into a parked car before flipping over his handle bars and slamming, face-first into the tarmac. 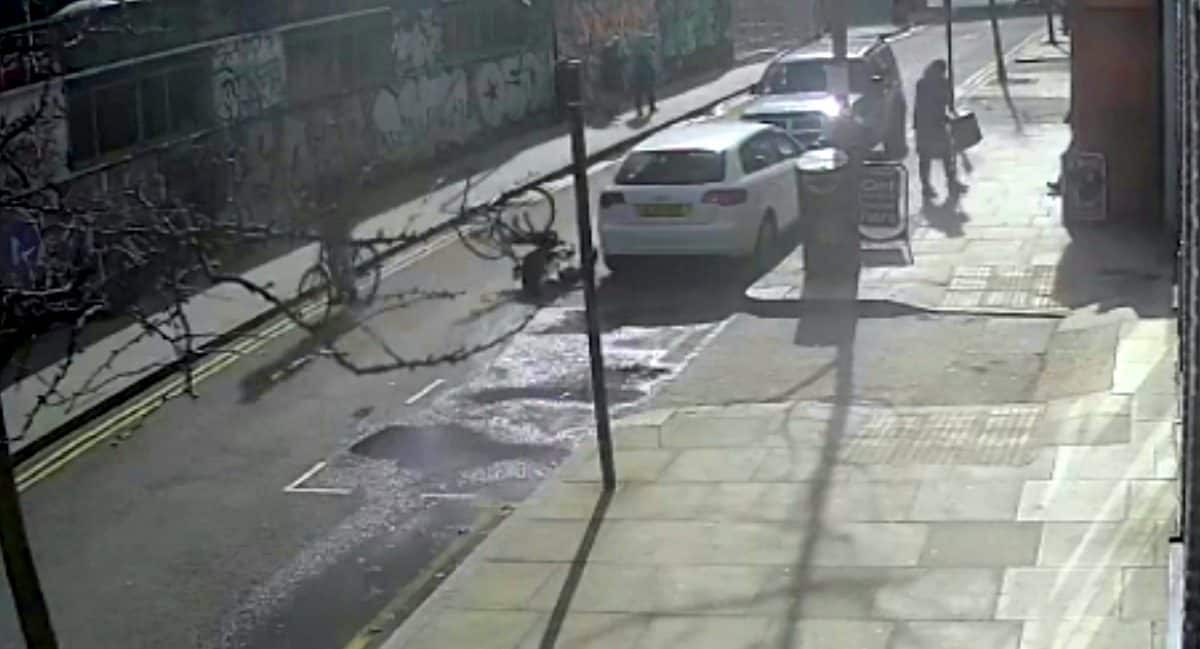 A cyclist is fighting for his life after he was left with critical head injuries after he was kicked off his bike – by a fellow rider.

The 30-year-old victim smashed into a parked car before flipping over his handle bars and slamming, face-first into the tarmac.

Met Police say he is still in critical condition after the unprovoked assault on March 10 left him lying in the middle of a busy road.

He suffered a serious head injury and was taken to hospital, where he remains in critical condition.

CCTV footage of the incident in Hackney, east London, showed the attacker speed up and cycle alongside the victim, before he kicked the man off his bike.

The impact of the sudden attack catapulted the victim across the street and he crashed into a parked car.

Footage of the early afternoon attack showed the male attacker racing from the scene while a member of the public rushed to the victim’s aid.

The 30-year-old’s condition is described as critical and he is fighting for his life in an east London hospital.

Police have released the footage in the hope of tracking down the unidentified attacker, who is described a white male aged between 20 and 30-years-old.

A force spokesman said: “He is still in critical condition after suffering a serious head injury.

“There are no other updates.”

The motive of the attack is not known.